Fish falling from the sky and human-animal hybrids are just some of the "normal" occurrences in Haruki Murakami's novels.

With his best-selling titles translated in around 50 languages, the celebrated Japanese novelist has millions of fans worldwide.

Though the Kyoto-born writer is not the first Japanese author to have enjoyed success outside of his native land — Yasunari Kawabata and Kenzaburo Oe were both Noble laureates —  Murakami has drastically transformed the image of Japan's literature around the world, prompting a strong demand for Japanese novels in translation. 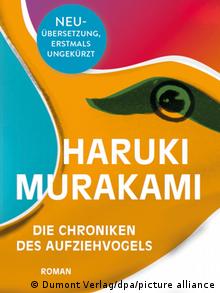 For Ursula Gräfe, who has translated many of Murakami's books — including a new German version of The Wind-Up Bird Chronicle that was just published in October — Japanese novels often depict a society "that is different from our own, but which is struggling with similar problems. Murakami is one of the pioneers who paved the way for this kind of literature," she told DW.

Why Murakami is particularly appealing to German readers

The novel weaves in classic Murakami themes such as loneliness, loss, nostalgia and boredom. Murakami's protagonists often have an unconventional lifestyle, characters who are estranged from "stable" relationships, such as the traditional family.

While Norwegian Wood was hugely popular in Japan, European readers recognized themselves in those universal experiences, too.

And German readers might have an "additional and special understanding" of Murakami's writings, according to Gräfe: "Growing up in Japan's postwar society had a strong impact on Murakami," the translator says. "The rejection of national traditions and history and a turn towards a new and more liberal lifestyle, in which American music played a big part, is an experience Japan and Germany share." 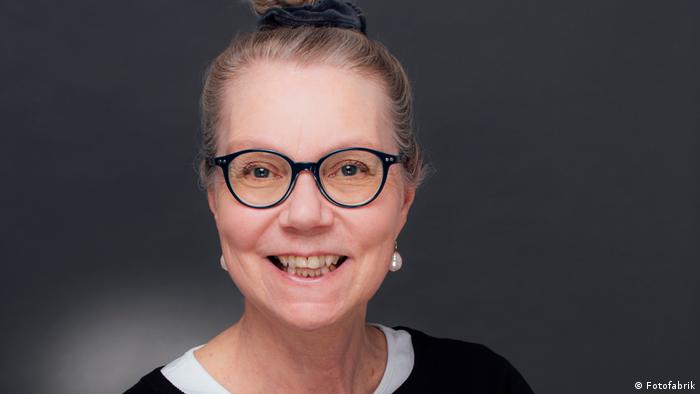 There are two kinds of Murakami readers in Germany, according to Gräfe: Beyond those who came to love him through his more grounded stories, such as Norwegian Wood, there are those who prefer his surrealistic novels, in the style of Killing Commendatore (2017).

Indeed, Murakami is renowned for creating surreal worlds through magical realism. The unpredictability of certain elements in Murakami's narratives "makes up a large part of his charm" for European readers, who "feel drawn to the flowing interaction between different worlds, the continuum of all things, Murakami's natural take on the seemingly unreal," says Gräfe.

Japanese culture, a 'refuge' in times of uncertainty

Marie Claire Lukas from Dumont, Murakami's German publisher, attributes the success of Japanese literature in Germany to the "rising popularity of Japanese culture in general" in the country.

The role of manga and anime are an important factor here, believes Ursula Gräfe: "Globally, visual culture has become more important than ever, and the visual element has always been of paramount importance and a prominent feature in Japan," she says.

According to Franz Prichard, a professor of East Asian Studies at Princeton University, Japanese contemporary fiction is enjoying widespread popularity because it provides a comforting refuge from the real world and its extremes — especially in times of heightened political anxiety.

"It is less about seeking 'escape' away from one place into another, and more about the forms of 'refuge' literary works offer us," Prichard told DW, adding that "given the expanding violence of the dominant forms of neo-liberal and authoritarian state capitalism spreading across the world today, such places of literary 'refuge' continue to foster new planetary imaginaries."

Following Murakami's success, many recent Japanese bestsellers in Europe also feature elements of magical realism and oddities, giving the impression that readers desire to see the Japanese as just that — odd, different, peculiar.

But as Gräfe points out, it is often forgotten that Murakami's literary style is actually a peculiarity in Japanese culture; magical realism rather emerged in Latin American literature.

Oscar Wilde once said: "The whole of Japan is a pure invention. There is no such place. There are no such people." In other words, the Land of the Rising Sun — much like our perception of any other foreign culture — is a product of our imagination.

Gräfe admits that the Japanese works that are selected to be translated contribute to reinforcing certain stereotypes about Japan, and to the phenomenon of fetishizing Japanese "culture" through literature.

"But this is true of any translated literature," she adds. "It is the trap laid out for us when we read (or translate) foreign literature."

"Japan is an island far away from Europe, so it makes an ideal screen for projections. Many different images of Japan have been conjured up by the needs of the Western psyche, from the lovely lotus land of Giacomo Puccini's Madame Butterfly  to the weird and alienated neon playground of Tokyo in Sophia Coppola's Lost in Translation," Gräfe said.

Still for Gräfe, this phenomenon does not directly apply to Murakami's works, as he managed to appeal to readers not through exotic depictions of Japan, but rather by combining familiar and unfamiliar elements in his works.

Fortunately, since the "popular Western images of Japan" have been changing over the past decades, European readers now have access to a wider variety of voices, points out Gräfe.

As late as the 1990s, translations from the Japanese were almost exclusively limited to "classical" authors like Natsume Soseki and Jun'ichiro Tanizaki.

Now, there is a demand for young Japanese writers dealing with social precarity in present day Japan.

Lately, a number of dystopian novels such as those by Ryu Murakami and Manichi Yoshimura have been translated.

Younger female authors like Sayaka Murata (Earthlings) or Mieko Kawakami (Breasts and Eggs), both published in 2020, have received a lot of attention in Europe for their uncompromising — even radical — take on modern society, Gräfe says.

Murata's Convenience Store Woman, which explores societal pressure, conformity and sexism, and Earthlings, in which the protagonist is sexually abused, have resonated with female readers around the world.

Prichard attributes this new trend to the "rising waves of social and environmental justice movements" around the world "that are remaking the terms of what is possible and what must change."

Literature that makes you think

Sushi, origami and anime — these may sound like scenes from an average day spent in Tokyo. But once a year, fans of Japanese pop culture get to live out their wildest dreams in the Rhineland.

In an interview with DW, literary agent Barbara Zitwer discusses Korean literature and its global appeal after the success of Han Kang's "The Vegetarian," which recently won the 2016 Man Booker International Prize.