Madame Butterfly - from disaster to triumph

The premiere of Giacomo Puccini's "Madame Butterfly" is one of the greatest opera scandals in Italy's history. However, the work has gone on to become one of the most cherished works in the opera repertoire. 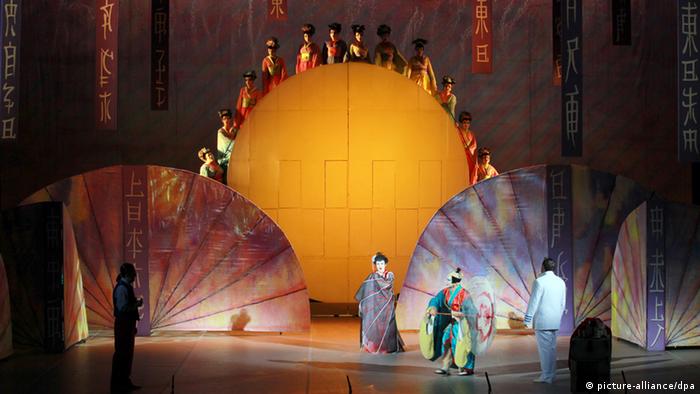 "I'm still completely devastated from everything that happened - not so much by what was done to my poor 'Butterfly,' but with the poison directed toward me as an artist and a person. This premiere was an inferno a la Dante, and was long in coming," wrote Giacomo Puccini, deeply hurt after the premiere of his "Madame Butterfly" on February 17, 1904 in Milan's Scala opera house.

The audience had laughed, hissed and whistled during the performance, before falling stone silent at the conclusion. 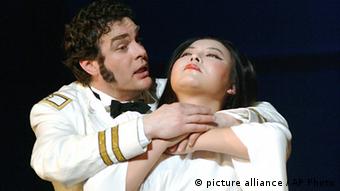 Love story from the Far East

Puccini started out certain he had found the right stuff for his next opera when he saw the play "Madam Butterfly" by David Belasco while in London for the English premiere of his "Tosca" in July 1900.

The story of a US marine officer and a Japanese geisha, supposedly based on true events, touches on the plight of sailor romance and the colonial self-image of the age. Pinkerton, stationed in Japan, marries the young Cho-Cho-San and then leaves her behind when he returns to the US. She waits loyally for him, but upon coming back to Japan, Pinkerton is accompanied by his American wife. The catastrophe begins to take its course.

Ultimately, Cho-Cho-San gives up on Pinkerton, giving him their child, and then commits suicide. 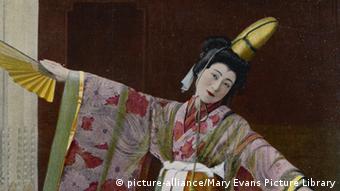 Opera audiences were well-accustomed to stories like this one, but Puccini was the first to dress the subject up in exotic costume - not just visually, but musically, as well.

Compared to other works he staged, he undertook extensive research before beginning the composition of "Madame Butterfly." He delved deeply into Japanese music, asking all sorts of questions of Japanese actress Sada Yacco during her guest performance in Milan and even getting in touch with the wife of the Japanese ambassador.

"She told me a lot of interesting things and sung songs from her home to me. She promised to send me sheet music from her home country," he said.

For over two years, the composer worked intensively on his new opera and finished the score in December 1903. Convinced it would be a big success, Puccini and his publisher Giulio Ricordi planned a gala premiere of the work for February 17 of the following year in Milan's Scala. But problems emerged even during rehearsals. 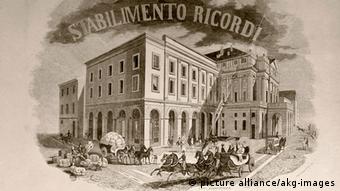 Ricordi demanded strict secrecy; nobody was to find out anything about the work before the premiere. Giulio Gatti-Casazza, the director of Milan's Scala, said this of rehearsals, "The artists were instructed to learn the parts all alone in the opera house. They weren't even allowed to take the piano scores home. During preparations, no outsiders were allowed in - not even the press, who were usually offered tickets to the dress rehearsals."

The tactic of secrecy likely didn't just irritate the critics - it also set Puccini's opponents ready to pounce. And that's how the premiere ended in a one of a kind fiasco, shocking not just the singers on stage but the composer himself. 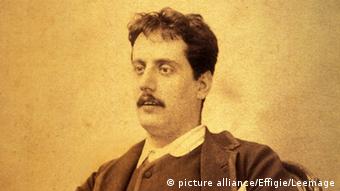 Puccini - confident and courageous as a composer

From disaster to global hit

On the other hand, Puccini recognized that his work had some weaknesses. Within three months, he re-worked the opera, turning its original two acts into three and shortening a number of things. The new version of "Madame Butterfly" was received with enthusiasm by the audience and critics alike on May 28, 1904, in Brescia.

Two years later, Puccini put together a final version of the opera, which quickly conquered stages all around the world. The role of Cho-Cho-San, in particular, has gone down in the standard repertoire for sopranos.

After the failed premiere on Februarry 17, 1904, Puccini wrote defiantly, "Madama Butterfly will remain what it is: the most soulful, expressive opera that I have ever written. And ultimately I will triumph!"

There's no doubt that he was right.

On the death of Claudio Abbado: 'Love of music is what counts'

Succeeding Herbert von Karajan as principal conductor of the Berlin Philharmonic Orchestra in 1989, the Italian star conductor died in Bologna after an extended illness. (20.01.2014)

Verdi is almost peerless when it comes to Italian composers. The world honors his rich musical legacy this week in conjunction with the master composer's 200th birthday. (09.10.2013)

From living room to opera house

Ask people what they associate with opera audiences, and you'll likely hear money, gray hair and a willingness to sit still for hours. But they'd be way off when it comes to a Berlin project called Home Opera. (14.02.2013)