Valentine's Day isn't a big thing in Germany. Unlike in the US, where sales are breaking records, Germans are still reluctant to embrace the day of love. But retailers hope more Germans will discover their romantic side. 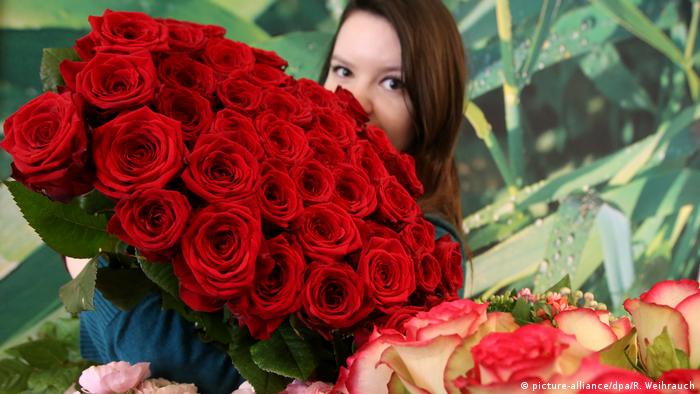 "All you need is love," they say, but the famous American cartoonist Charles M. Schulz once added that "a little chocolate now and then doesn't hurt." It's unlikely that the creator of the comic strip characters Charlie Brown and Snoopy had anything to do with Valentine's Day in Germany, but the arrival of the US-style day of romance in the 1950s coincides with that of Schulze's Peanuts.

In fact, the first German Valentine's Ball is said to have taken place in Nuremberg in 1950, but it took decades for the tradition to catch on. Whereas in the 1970s many Germans had no idea what Valentine's Day was, nowadays giving a gift on February 14th has gained at least some foothold.

And yet, Valentine's Day participation rates are still a far cry from those in the US, where more than half (55%) of the population plan to celebrate the day this year, according to a survey by the National Retail Federation (NRF).

In Germany, only about 17% are planning pleasant surprises for their partners on the occasion, the country's retailers' association, HDR, said, that's 2.6% less than in 2019. 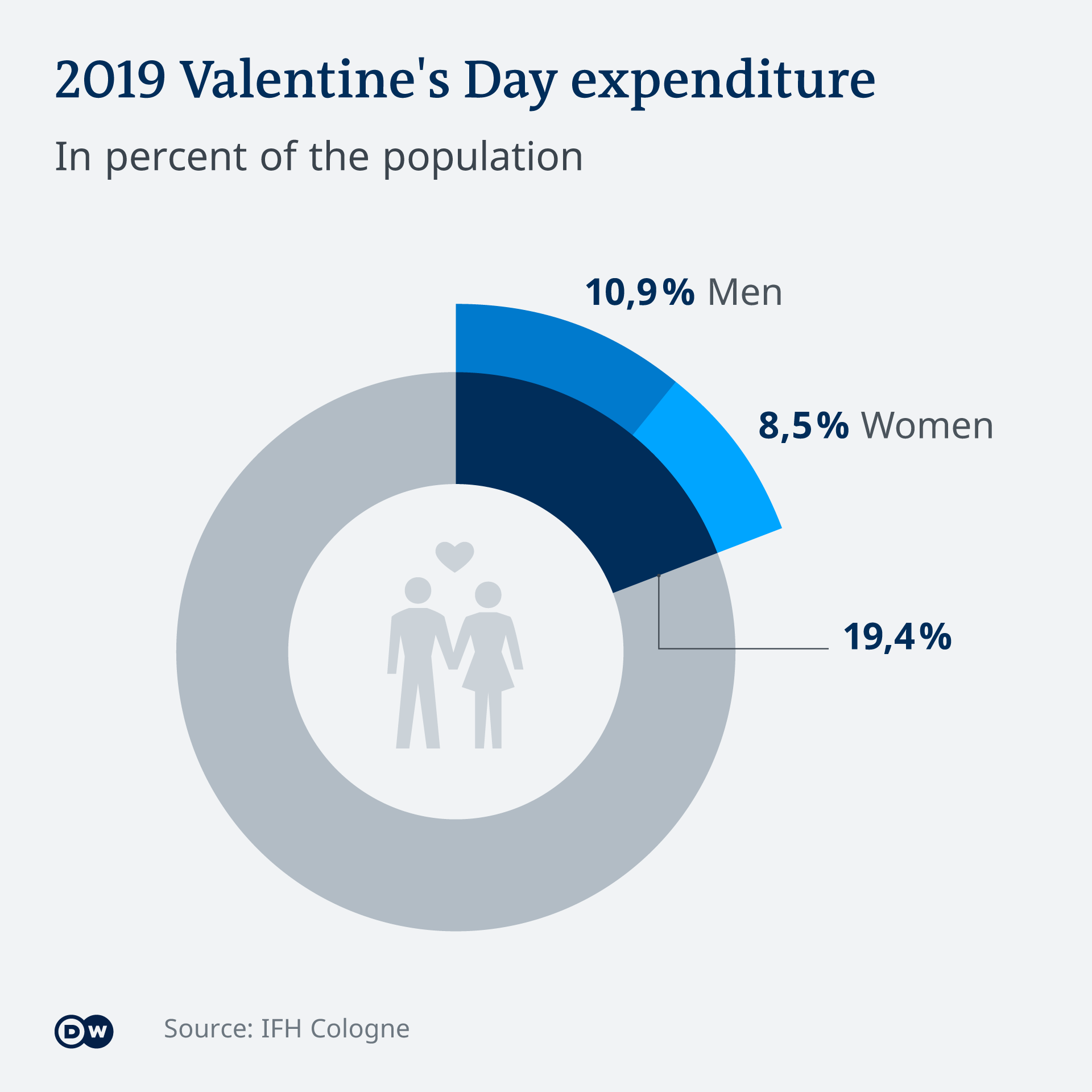 One reason for the decline could be national demographics, said German market research company Statista. The findings of a survey it did in 2018 indicate that if you have a man as a partner — particularly between the ages of 25 and 44 — you're much more likely to receive a token of love on February 14th. The chances of this happening decrease considerably if your male partner is older than 55. And if your partner is an elderly woman, you'll most likely end up with nothing.

So, as the proportion of older people continues to rise in Germany, they are less likely to celebrate the holiday. Younger people, who still try to impress potential mates, participate more than older, more settled folks.

Small wonder then that US sales figures on Valentine's Day are dwarfing those of Germany, where HDR has estimated that roughly €1 billion ($1.09 billion) will be spent on flowers, sweets and dinners, only slightly more than last year.

Germans spent only about €50 on average last year, but those willing to spend in 2020 at least want to dig deeper into their pockets for their loved ones, according to HDR. 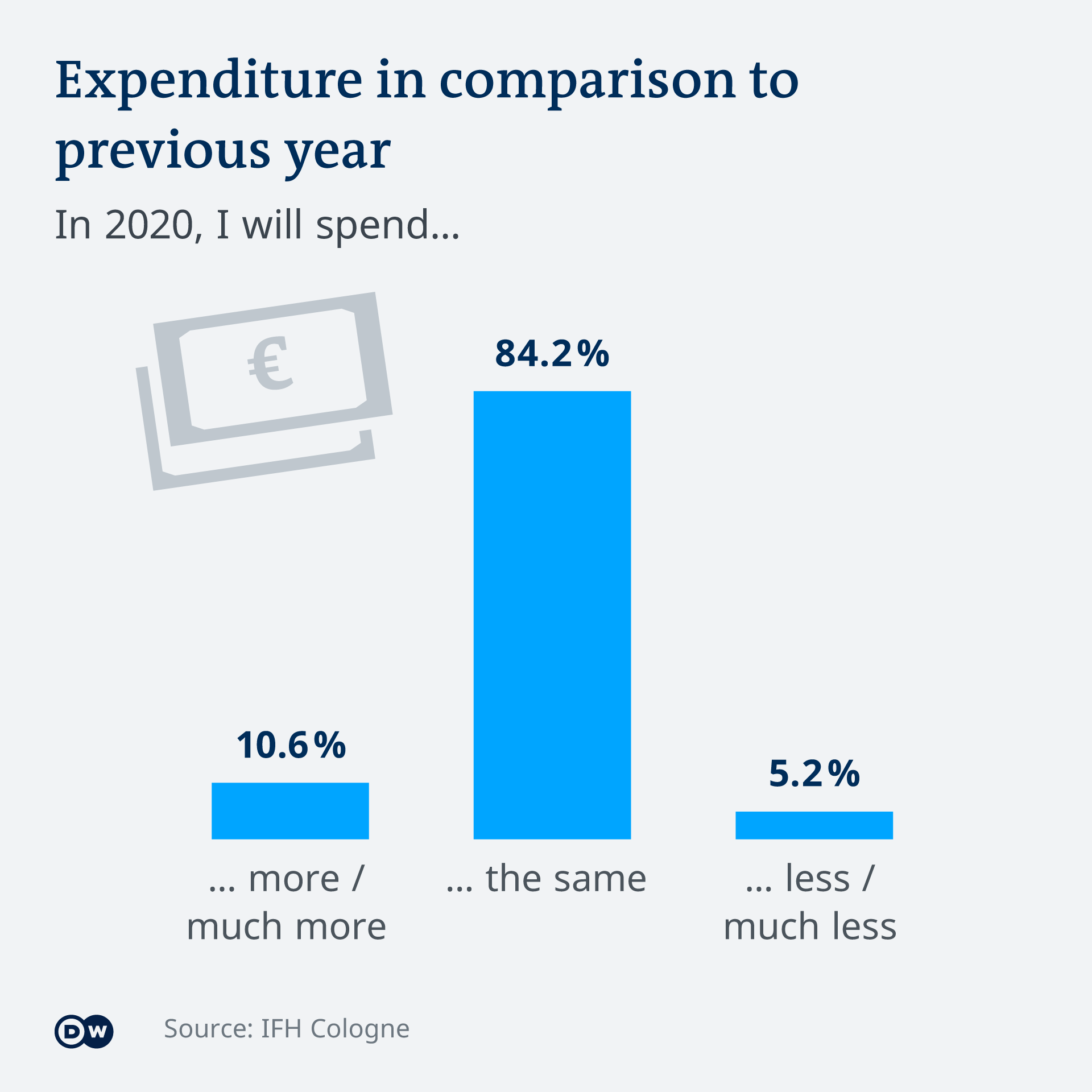 And as the HDR chart below shows, giving a partner flowers and a romantic dinner far surpasses presents like perfume, jewelry or lingerie. 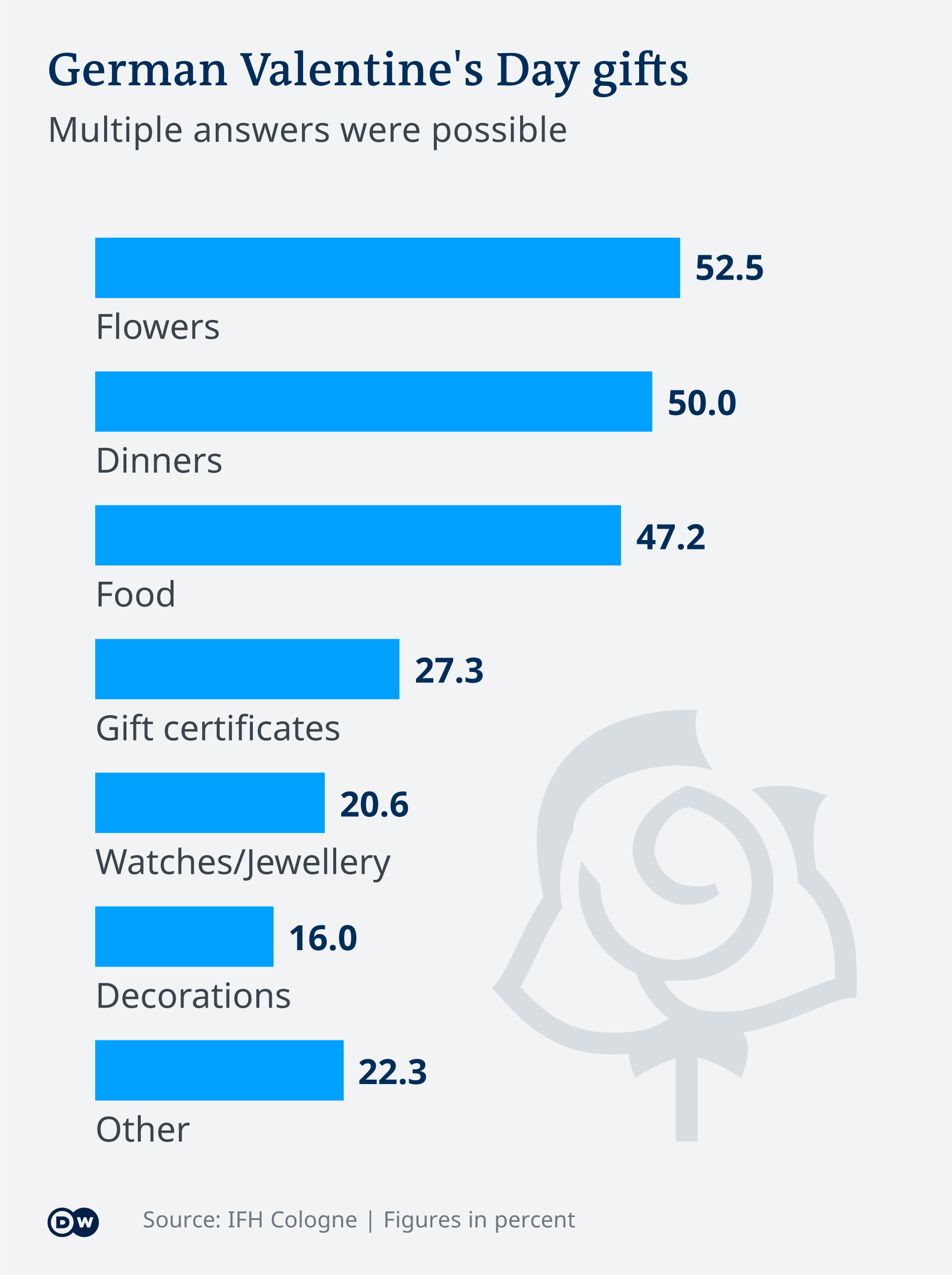 As to the origins of the tradition itself, one of the most popular theories dates back to a mysterious saint named St. Valentine who suffered a brutal fate.

Legend has it that the Roman physician and priest was martyred and beheaded around 269 AD for the crime of marrying Christian couples. So he became the patron saint of love, marriages and young people. By the Middle Ages, the cult of courtly love is believed to have spread across Europe, with the tradition being observed in countries like the UK and France since the late 14th century.

Whatever its origins, for many Germans today, Valentine's Day just isn't a big deal. Like Santa Clause — who some here believe to be an invention of a clever US marketing strategist — it's criticized for being a day of commercialism and an imported custom from other countries. 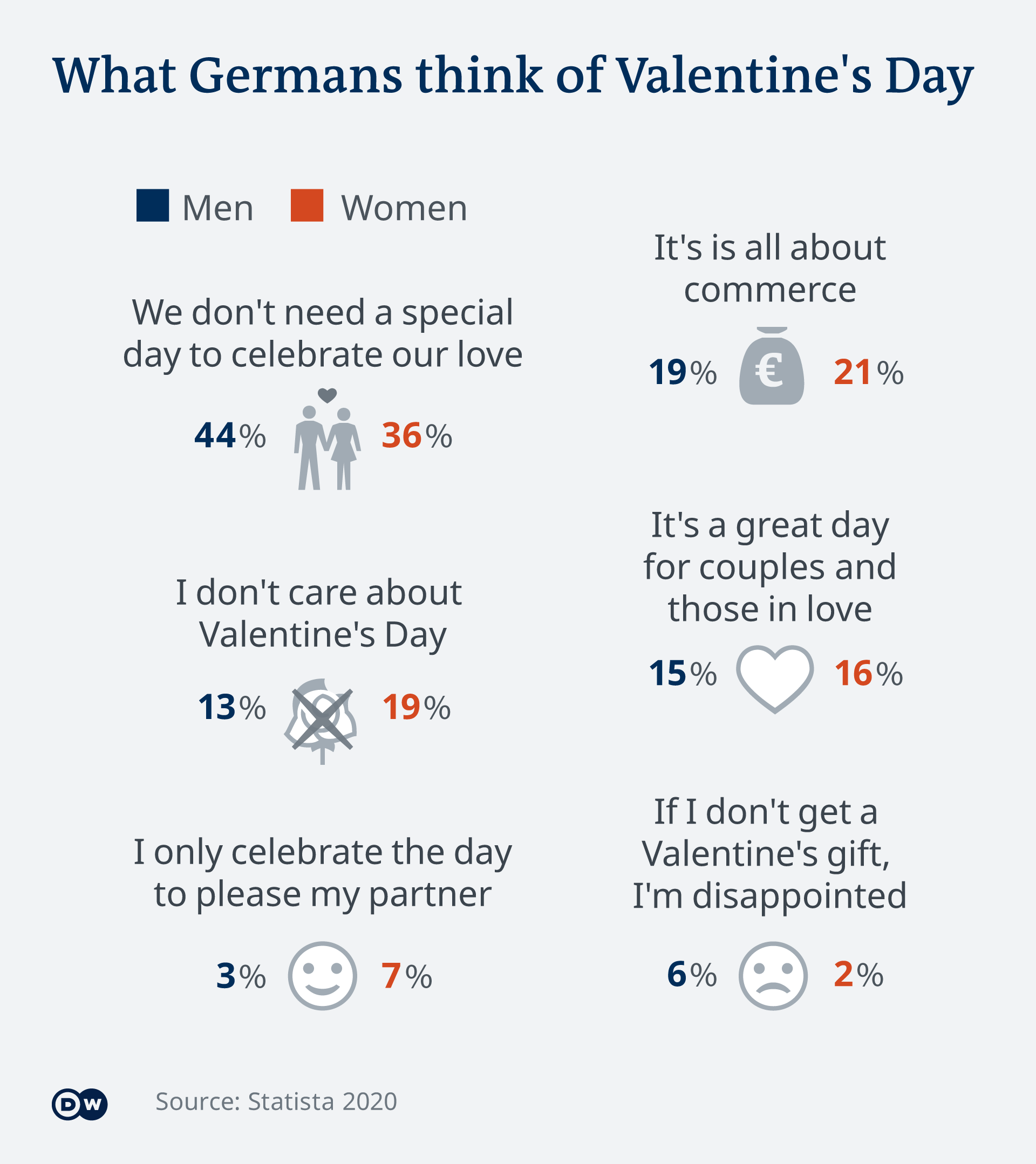 And as if to prove that point of commercialization, Germany's Federal Statistics Office (Destatis) reported this week that Valentine's Day flower bouquets are about 4.7% more expensive than on other days. But chocolates are 0.5% cheaper, the figures also show, bearing out Charles M. Schulz's notion that a bit of it on Valentine's Day won't hurt.

German idioms: All you need is love

What blinds, but does not rust? What can make its way through the digestive track, but also fall down? The answer, according to popular German idioms, is one of the greatest feelings in the world: Love. (12.02.2020)