German survey on environment highlights gap between ambition and reality | Environment | All topics from climate change to conservation | DW | 12.04.2017

German survey on environment highlights gap between ambition and reality

German environmental aspirations are generally high, an annual survey shows. Turning them into reality, however, is often much more complicated. Many Germans like the idea of fewer cars on the road, even if most aren't ready to give up their own.

That's one takeaway from the latest survey of German attitudes toward the environment released on Wednesday. The biannual publication by Germany's environment ministry measures the country's views on air pollution, climate change and even plastic bags - and shows how those attitudes occasionally outpace realities like politics and pocketbooks.

Yet such ambitions are an effective tool for Environment Minister Barbara Hendricks, a Social Democrat pushing her own center-left party's priorities from inside a coalition with other concerns during an election year.

Some 21 percent of respondents in the most recent survey said the environment was the most important issue facing the country, making it the third-highest response after migration and security. Nine in 10 of those polled called climate change "very" or "somewhat" threatening. Respondents also linked environmental protection favorably with health, quality of life and even the economy.

Such public attitudes are one reason why Germany's boldest environmental endeavor, the Energiewende - a government effort to shift from nuclear energy and fossil fuel to renewable sources - continues to win support. But it comes at a cost - the resulting rise in energy prices needed to build new infrastructure is a frustration to many.

The survey showed 74 percent of respondents said they felt the effects of climbing energy costs, more than other social issues like inequality, pressure at work or lack of time during the day.

Likewise, Hendricks acknowledged that the renovation of apartment buildings to higher energy efficiency standards, another method of lowering energy consumption in the long run, is contributing to a growing concern in Germany - rising rent prices.

Landlords are currently allowed to pass along 11 percent of the cost of renovation to renters, a rule that Hendricks criticized as outdated considering today's low borrowing rates for investors. She said her party's coalition partner, Chancellor Angela Merkel's conservative Christian Democrats, needed to take the lead in adjusting the measure. 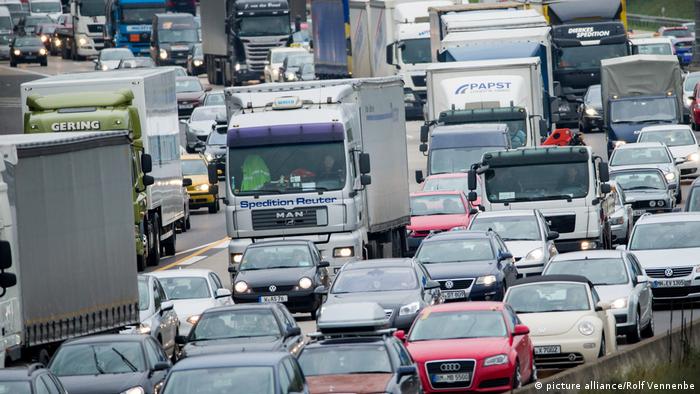 "Today an investor can borrow the money for 1.5 to 2 percent," Hendricks said. "There's therefore no reason at all to leave this 11 percent rule in place."

Yet it was on transportation politics that Hendricks wanted to focus during Wednesday's press conference. Nine out of 10 respondents to her ministry's survey said life would generally be better in cities and communities if there were fewer cars, and eight out of 10 said they'd like to see fewer cars in their own community. Majorities also said they could imagine getting around by foot, bike and public transportation more often.

Hendricks welcomed the results as a sign that Germans were tired of their "dependency" on cars and called for a new emphasis on alternatives like bikes, car-sharing and public transportation.

The survey also showed that 70 percent of people use their car daily, a figure that Harry Lehmann, a department head within the ministry, said underlines Germany's distance from vehicle independence.

"The will is there, but the real benefits just aren't there yet," he said.