A lawyer who represented victims of far-right violence had her daughter threatened, possibly by extremist police. The resulting investigation has revealed a neo-Nazi network within the Frankfurt police force. 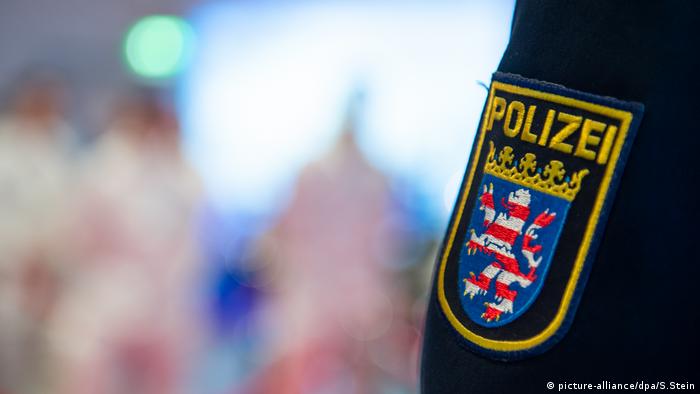 The LKA in Hesse has reportedly set up a special investigative group after a group of police officers allegedly sent a threatening letter to a lawyer of Turkish background who has represented Islamic extremists in court.

"Dirty Turkish sow," the faxed letter to Seda Basay-Yildiz began. "You're not going to destroy Germany. You better piss off as long as you can still get out of here alive, you swine!"

Basay-Yildiz told Frankfurter Neue Presse on Saturday this part of the letter was standard fare for her regular hate letters, but she was more worried by what came next.

"In retaliation ... we will slay your daughter," it read, followed by her daughter's name and her address. It was signed with "NSU 2.0.," referring to the far-right German neo-Nazi terror group National Socialist Underground, which was active in the 2000s. Basay-Yildiz also worked in the court case against NSU members.

She told the paper that the name of her 2-year-old daughter and her private address are not public knowledge.

The threat emerged in August and the resulting investigation reportedly discovered a group of at least five police officers who had been sharing neo-Nazi messages and images in a chat group — a grave offence in Germany.

Investigators reportedly stumbled upon the group after finding a police computer had been used to look up the lawyer's personal details without an official reason.

LKA officials told FAZ they were not ruling out the possibility that it could end up being a case of "much greater dimensions." The four male police officers and one female officer have been suspended from duty pending further investigation.

Basay-Yildiz criticized police after learning about the new developments in the media. She told FAZ she had repeatedly sought information on how the case was progressing, but only found out about the police network on Saturday. "I would have liked the police to have informed me beforehand," she said.

The LKA reports directly to the Hesse Interior Ministry and acts as an independent law enforcement agency.

An American dropped the word "Nazi" during a spat at Frankfurt Airport in Germany. Police say it was directed at them and are suing her for slander. But in a country with freedom of speech, how can this be illegal? (26.01.2018)

Germans took to the streets after the verdict delivery in the National Socialist Underground trial to demand that investigations continue into the series of right-wing extremist murders — and into state failures. (12.07.2018)

A German policeman whose tattoos and Hitler salutes indicate far-right extremist attitudes can be fired from his job, a court has decided. Tattoos are a particularly intensive display of personal views, it said. (17.11.2017)

German police have a problem finding and arresting violent neo-Nazis. The government admitted as much in a response to a parliamentary request from an opposition party. Recent history shows how dangerous this problem is. (04.12.2018)

The two suspended officers are under investigation after a witness allegedly saw them making the Nazi salute. It is illegal to make the Nazi salute in public in Germany. (02.09.2018)