A German newspaper has reported that a spy ship from the German intelligence agency is helping Syrian rebels. 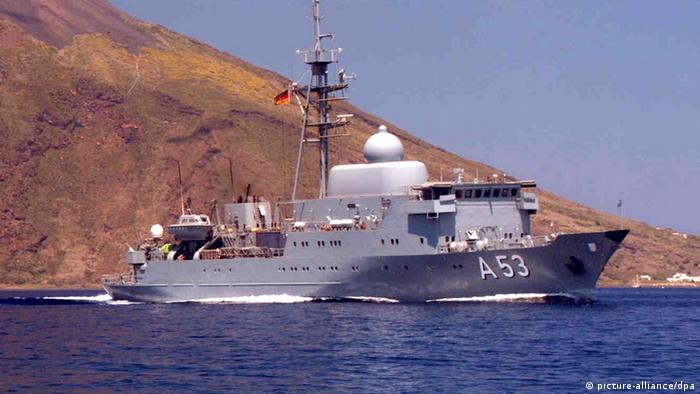 According to a report on Sunday in the paper Bild am Sonntag, the ship is equipped to detect troop movements as far as 600 kilometers (372.8 miles) inland.

The paper says the information thus obtained is being passed by the German foreign intelligence agency BND to United States and British intelligence services. These in their turn are handing it on to Syrian rebels, the report says.

The "Bild am Sonntag" also says that BND agents stationed at the Turkish NATO base in Adana are listening in to telephone and radio conversations within Syria. In addition, the paper says, agents are maintaining informal contact with sources directly linked with the regime of Syrian President Bashar Assad.

What can the UN do about Syria?

As the UN's observer mission to Syria prepares to withdraw on Sunday, experts are wondering what power the world body has over such conflicts. Some say UN involvement can still be an important symbolic gesture for peace. (18.08.2012)

The report quotes a US intelligence agent as saying: "No Western intelligence service has as good sources in Syria as the BND does."

A member of the BND told the newspaper that the intelligence service was "proud of the important contribution [it] is making to the overthrow of the Assad regime." The official was not named in the report.

A British newspaper has also revealed that British intelligence, too, is providing Syrian rebels with information on government troop movements to help them plan attacks.

The Sunday Times weekly cited an opposition official as saying that British authorities "know about and approve 100 percent" the fact that intelligence from their Cyprus military bases is being passed on to rebel troops of the Free Syrian Army (FSA).

Meanwhile, the United Nations observer mission to Syria is winding up on Sunday after the Security Council on Thursday ordered its withdrawal amid the continuing violence in the country. 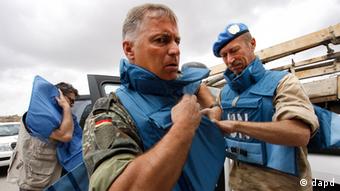 The UN mission had no perceptible ceasefire to monitor

The originally 300-strong unarmed mission was sent to Syria in April to monitor a ceasefire that never took hold. It was later reduced in size and its patrols were suspended owing to the mounting violence.

A UN spokeswoman said the mission would leave a "liason office" open in Damascus after its departure. It remains unclear what size and role the office will have.

As the UN observers prepare to leave, the newly appointed UN-Arab League special envoy to Syria, Lakhdar Brahimi, is set to tackle his task of helping bring peace to the war-ravaged country.

The 78-year-old former Algerian foreign minister was appointed "Joint Special Representative for Syria" on Friday in a move welcomed both by Western powers and Syrian allies Russia and China.

Brahimi replaces Kofi Annan, who stepped down as international mediator complaining that rifts in the UN Security Council had undermined his six-point peace plan. Western powers in the Council want Assad to be deposed, while Russia and China continue to support the Syrian president. 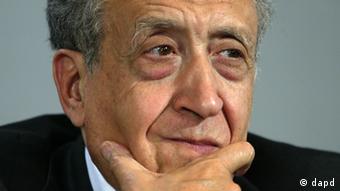 Brahimi told Reuters news agency that he urgently needed to clarify what support the UN can give him, adding that it was too soon to say whether Assad should step down. This contrasts with Annan, who maintained that Assad would have to go to establish peace in Syria.

The UN says at least 17,000 people have been killed in Syria since an uprising aimed at toppling Assad erupted in March 2011. The government has reacted with a brutal military crackdown.

The Britain-based Syrian Observatory for Human Rights reported at least 99 further deaths on Saturday. Among other things, fighting is continuing in the capital, Damascus, despite claims last month by government forces that they had completely retaken the city.