German hip hop is more diverse than its squeaky clean reputation suggests. The German counterparts to the likes of Dr. Dre and Busta Rhymes used to be middle-class white boys in baseball caps. But not any more. 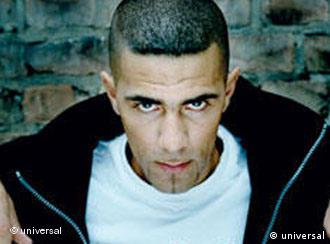 Bushido is part of a new generation of German rap artists

In the 1980s, while hard-hitting line-ups like Public Enemy were giving mainstream America sleepless nights during the golden age of hip hop, German rap was a movement still very much in its infancy.

Even when it began catching up, it steered clear of in-your-face polemic. Chart-friendly bands like Die Fantastischen Vier and Fettes Brot might have marked an escape from the grip Neue Deutsche Welle held on the nation, but the last thing they were was confrontational. And that made sense. After all, rap had emerged from the margins of US society, giving a voice to its angry, frustrated -- and primarily black -- underclass. Germany, in contrast, was a wealthy, satisfied nation. 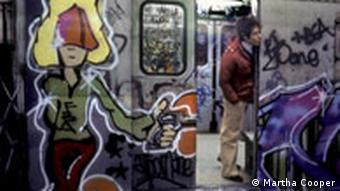 Hip Hop culture grew out of the ghetto

But gradually, political and social content did find its way into Germany's hip hop scene, in a development pioneered by the band Advanced Chemistry in the early 1990s. As well as introducing a grittier dimension to German rap, it was also one of the first bands to write German lyrics.

"Rappers suddenly realized that people were far more likely to get into it when they actually understood the lyrics," said writer and rapper Murat Göngör.

German hip hoppers were finally getting the message. The growing self-confidence of its immigrant population as well as an inexorable spiral into economic depression went hand-in-hand with a burgeoning subculture that finally identified with young, black America.

Rap gets down and dirty

Ten years later, the brand of quirky social criticism peddled by well-meaning white rappers with a penchant for a nice bassline has been replaced by an altogether edgier genre. 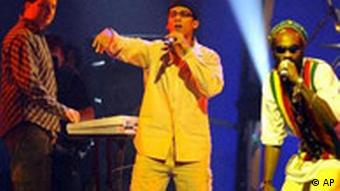 While Germany is proud of politically-correct, multi-ethic groups such as Die Söhne Mannheims, it's also seen hip hop leave the affluent suburbs of Stuttgart and Heidelberg and head exactly where many believe it belongs: in Berlin's run-down high-rises, where it's been reclaimed by kids who know at least as much about inner-city deprivation as Snoop Dog does.

Artists such as Sido and Bushido, who share the Aggro Berlin label, deal with sex, drugs and violence, and have even been censored by the BPjM, Berlin's Department for Media Harmful to Young Persons. That hasn't stopped them amassing a vast and loyal following of fans -- many of whom have far-right political sympathies. 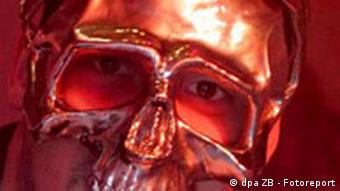 The racist content sets it apart from US rap, but in many other ways, performers such as Bushido -- who is half-Tunisian -- are unmistakably taking their cues state-side. Like 50 Cent and the Notorious B.I.G., they have a penchant for gold chains and guns, baggy jeans and bandanas, and rap about drug habits, jail sentences and violent sex. Above all, they like to glamorize gang culture.

It's authentic, but it's considerably less palatable than the hip hop Germany is used to.

"Bushido styles himself as the typical aggressive Arab, confirming precisely the stereotypes the majority of Germans expect from Arabs and Turks," he said. "Basically that all they do is deal drugs, take cocaine and beat their women."

Loh thinks it's right that much of this music has been censored, but says it's symptomatic of deep-rooted social problems.

"They're victims themselves," he said. "They have no education and no jobs. All they have is a big mouth."

A high-octane performance by messianic pop star Xavier Naidoo and his band Die Söhne Mannheims in Tel Aviv served as a rousing testament to the rise of religion in German pop. (June 10, 2005)

Hip-Hop Stars Face Off in Leipzig

Leipzig has a strong musical tradition, though hip hop isn't the genre that first comes to mind. But over the weekend, it wasn't cellists and violinists at center stage, rather DJs, breakdancers and beat boxers. (Sept. 12, 2005)

Some German rappers have been making the headlines for their very politically incorrect lyrics. The government's media watchdog for youth has censored several CDs, sparking a debate on just how far censorship should go. (June 29, 2005)