Some German rappers have been making the headlines for their very politically incorrect lyrics. The government's media watchdog for youth has censored several CDs, sparking a debate on just how far censorship should go. 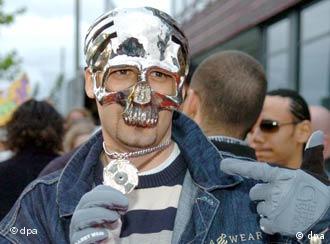 They sing about the ghettos of Berlin, about drugs, sex and violence. German rappers from the underground label Aggro Berlin like Sido or Bushido relay the realities of their neighborhoods.

But while their lyrics may simply be a mirror of their lives, the German government's Federal Department for Media Harmful to Young Persons (BPjM) considers these songs a threat to young people.

"We placed two Aggro CDs on our index at the end of May and there are several more we are processing," Petra Meier, BPjM's deputy head, told DW-WORLD.

The "index" is a list of media considered harmful or dangerous to minors. This is the case if they tend to "endanger their process of developing a socially responsible and self-reliant personality," BPjM stated. Once a CD is on the index, it can no longer be sold to minors.

"The majority of CDs we are examining contain music with right wing extremist lyrics, but we are increasingly dealing with German rap music, too," Meier said. 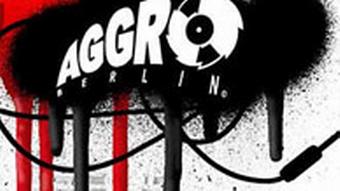 The Aggro label in Berlin is home to many controversial rappers

"The lyrics by certain German rappers, in particular those from the Aggro label in Berlin, are becoming increasingly more pornographic, racist and glorified violence," Monika Griefahn, chairperson of the parliamentary committee on culture and the media, said in a statement earlier this month.

This was also the case in the songs' corresponding videos.

"The misogynist and in part right-wing songs are full of violence and pornography," Griefahn said.

Listeners are responsible for their own actions

Despite official criticism, fans see Aggro rappers as the German answer to US star 50 cent and his consorts. According to the label, their bands are simply rapping about the social realities in the high-rise ghettos. 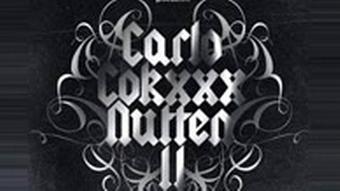 Bushido said he doesn't feel personally responsible for the impact of his music.

"If I listen to Rammstein or Eminem, I know that it's just music and not my life," Bushido told the daily Süddeutsche Zeitung. "It's up to me to decide whether it influences my way of thinking."

Roland Seim, a sociologist specializing in censorship, said that although prohibited things may not be particularly interesting, they become so through banning them.

"This is especially the case in many youth cultures, which are supposed to be shielded from all sorts of influences," Seim wrote in a study. "Forbidden areas in particular appeal to them as minors, to find out something they're actually not supposed to." 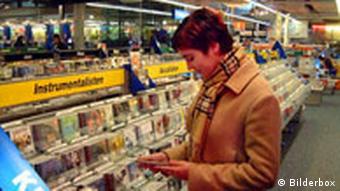 For Bushido, young people should be able to listen to his songs, but know where to draw the line.

"I tell these kids: if you press play and listen to my CD, you get 70 minutes of my life," Bushido said. "When you press stop, you're back in your lives, with your parents, your teachers and the police, who'll arrest you if you screw up."

Griefahn said that radio stations and music television channels like Viva and MTV also had to better exercise their obligation of control.

"It just can't be that these stations neglect this critical responsibility," Griefahn said.

"Breaking taboos and portraying extremes are important stylistic devices of art, which rightly belong to the freedom of expression," she said. However, the protection of youth and the right of personal honor required clear restrictions.

And, she added, this kind of rap shed a poor light on German music.

German pop and rock music is suddenly making a comeback -- thanks to good bands and better media coverage. The industry hasn't been this excited since a girl named Nena sang about 99 red balloons more than 20 years ago. (March 22, 2005)

Sino-German Pop Walks on the Wild Side

Ever heard a German band singing Beatles hits in Chinese? Probably not. But that's exactly what "Nightmare of the Red Chamber" does. Their fans love it -- once they've gotten used to it. (June 26, 2005)

A high-octane performance by messianic pop star Xavier Naidoo and his band Die Söhne Mannheims in Tel Aviv served as a rousing testament to the rise of religion in German pop. (June 10, 2005)

General information about the Federal Department for Media Harmful to Young Persons and its tasks.

Arts.21 meets musicians with attitude. From Alyona Alyona to Zoe Wees and Rammstein, they’re not afraid to take a stand – be it against the war in Ukraine, social marginalization or distorted ideals of beauty.