What seemed a closed case might have been re-opened. Germany's federal prosecutor is briefing parliament on his investigation into the NSA's tapping of Chancellor Merkel's phone - prompting speculation of a formal probe. 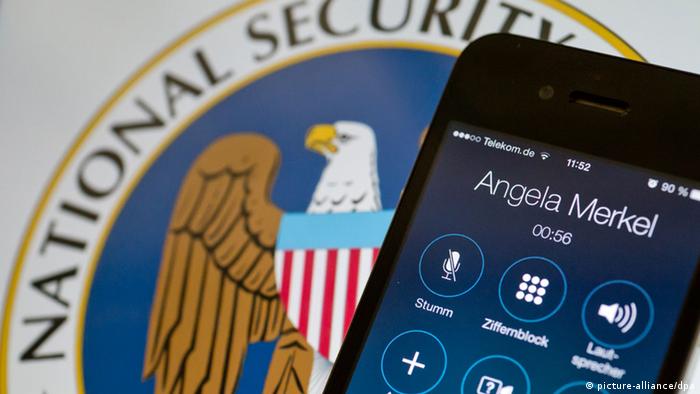 Less than a week ago, it appeared certain that Germany's public prosecutors would not launch a formal investigation into the United States National Security Agency (NSA) bugging Chancellor Angela Merkel's cellular phone.

The decision prompted domestic outcry, and might have also triggered a rethink from federal prosecutor Harald Range.

Range on Wednesday began briefing the Bundestag on his preliminary investigation findings, following a joint report from the Süddeutsche Zeitung newspaper and two regional public broadcasters saying that a formal probe would indeed be launched.

German Justice Minister Heiko Maas kept his cards close to his chest in a radio interview on the issue.

"I am absolutely convinced that the decision which Mr. Range will announce today is one that will be logical, based on the authorities' findings so far - and that it will be the right decision," Maas said on Deutschlandfunk public radio.

Green party politician Hans-Christian Ströbele, an outspoken opponent of NSA espionage and supporter of whistleblower Edward Snowden, said he would welcome a change in approach from the prosecutors' office.

But Ströbele also said on news channel Phoenix ahead of Range's briefing to parliament that "the phone calls and emails of almost everyone in the country are even more important than Chancellor Merkel's mobile phone, not that I want to downplay the seriousness of this element."

Germany's federal prosecutor's office issued a statement as Range began his address to parliament, saying that an afternoon press conference would be held in their Karslruhe head offices.

The allegations leveled by Edward Snowden prompted particular outcry in Germany, a country with relatively fresh memories of oppressive secret services both during Adolf Hitler's reign and in former Communist East Germany.