Germany's federal public prosecutor appears to have decided not to investigate the spying of Merkel's phone by US and British intelligence agencies. He has won few friends domestically by doing so. 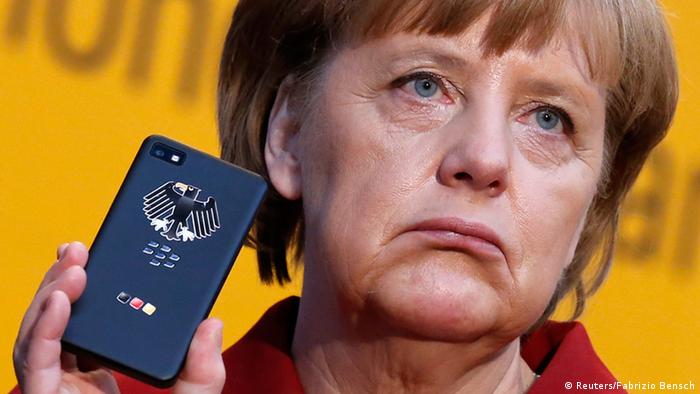 Green Party parliamentarian Christian Ströbele denounced the decision in an interview with German public radio broadcaster Deutschlandfunk. Schleswig-Holstein's data protection czar, Thilo Weichert, spoke of "capitulation to the US intelligence service, NSA." And the chairman of the Left Party, Bernd Riexinger, called the decision to abandon preliminary proceedings an "unprecedented perversion of justice."

According to a report by public broadcasters NDR, WDR and the private daily "Süddeutsche Zeitung" newspaper (SZ), the federal prosecutor, after months of looking into a potential preliminary investigation, has ruled such a proceeding hopeless, citing a lack of access to witnesses and documents that might provide incriminating evidence about the NSA's and the British GCHQ's activities in Germany.

The three German media sources reported Range's belief that such an investigation would have been purely symbolic and should therefore not be opened at all.

However, it is not unusual for federal prosecutors to investigate cases which, at first glance, appear difficult, or even hopeless. That's why Range should have actually decided a year ago, upon learning of the first reports of Edward Snowden, to immediately begin investigating, instead of merely considering the issue, says Georg Mascolo, part of the research team put together by NDR, WDR and SZ. 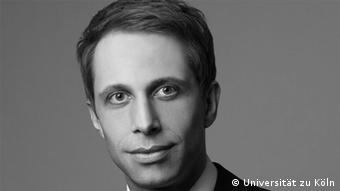 Nikolaos Gazeas says Range did have options for prosecuting the case

Lawyer Nikolaos Gazeas, an expert in international criminal law at the University of Cologne, agrees. German legal principles require public prosecutors to investigate a crime in the case of "initial suspicion" - regardless of whether they want to or not. And such an initial suspicion could be quite convincingly affirmed in the current case, he told DW.

"The requirements for initial suspicion are very low. Low probability is enough to go forward on an actionable offense."

Those minimal requirements were fulfilled, he added, via two criminal acts: intelligence service activity - in a potentially serious case involving Chancellor Angela Merkel's phone - as well as general spying with regard to German data.

Both were more or less proven by the non-denial from Washington, Gazeas says. Otherwise, Merkel would not have raised the issue directly with US President Barack Obama during a visit to the US capital.

As a result, the issue should in fact have come to a formal preliminary investigation, Gazeas said.

Too hot to handle?

Even the months-long investigation by Range's office, Gazeas says, is problematic.

"Large parts of the investigations here that were undertaken by the federal prosecutor could have also taken place in a formal investigation - perhaps even have to - if one strictly interprets the criminal code."

And if, after all criminal code possibilities had been exhausted, the decision had then been made to close the case due to a lack of evidence, that would have been easier to communicate to the public, the law expert added. 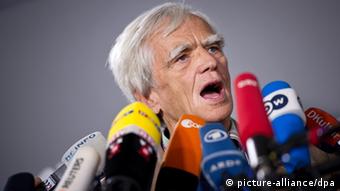 For Green politician Ströbele, it's clear why Range rejected a formal investigation.

"The iron's too hot. He doesn't dare to actually take action against the people responsible here. They're surely very powerful people at the intelligence services in the US and Great Britain, possibly [with] accomplices and helpers in the German intelligence services."

The latter would probably never have taken the stand as witnesses. Still, that's no reason not to investigate, says Georg Mascolo. After all, there's already a very good witness: Edward Snowden.

"Such investigations are difficult for politics and the courts, but with hard work and determination, you can go further than what we've done so far," he says.

According to the most recent statements from Snowden confidant and journalist Glenn Greenwald, there are reasonable grounds to believe that only a fraction of the relevant information is now known.

As for any legal challenges against Germany's federal prosecutor, Gazeas is convinced they'll never happen.

The only available means in such a case would be a disciplinary complaint, which is used when a public official has misbehaved. Such a complaint is not expected as a result of Range's decision to abstain from conducting a formal investigation.

Many suspect Range's motive may have been a fear of angering the US authorities through formal investigations. That consideration is understandable, Gazeas says. But "initial suspicion" aside, Germany's criminal code of procedure includes a special mechanism for refraining from investigations for political reasons.

The criminal law expert also criticizes the timing of the decision.

"It's a little surprising that the federal prosecutor did not at least wait for developments on whether or not Edward Snowden testifies before the inquiry committee [in German parliament]. New revelations would have been quite conceivable from such a hearing."

Tough challenges for a troubled friendship

NSA wiretaps, the transatlantic trade accord and the crisis in Ukraine: German Chancellor Angela Merkel's US visit is overshadowed by a number of challenging issues. (01.05.2014)