Call me! A German satellite and Internet company wants answers from the NSA | Science | In-depth reporting on science and technology | DW | 17.04.2014

Call me! A German satellite and Internet company wants answers from the NSA

The small-scale Stellar communications company in Germany is reeling from revelations that it may have been hacked by GCHQ and the NSA. DW travels to the Cologne suburb of Hürth to try and find out why. 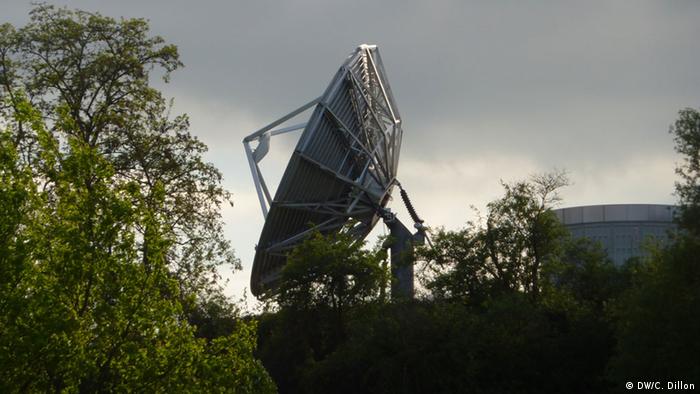 Christian Steffen was next in line at an automated car wash in Hürth, Germany, when he received a call from the weekly magazine, "Der Spiegel." Over the next 30 minutes he was informed that, according to documents seen by the magazine, his satellite communications company, Stellar GmbH, had been hacked by a joint GCHQ/NSA electronic monitoring program, along with two other German firms operating similar businesses.

"The name Snowden wasn't mentioned," says Steffen. "But I could put [two and two] together. Actually, they said it related to the Bics, to the Belgacom case."

The Belgacom case had been leaked by NSA whistleblower Edward Snowden and was publicized by "Der Spiegel" in September 2013.

It involved GCHQ's monitoring of Belgium's partially state-owned Belgacom company, and its subsidiary, Bics, a joint venture with Swisscom and MTN of South Africa.

Belgacom was at that time a Stellar customer.

When Steffen was informed of his own company's surveillance, he was asked to refrain from publicizing the information.

But that morning he convened his staff of 28 in Hürth.

The extent of the hack was unclear, he told them, but since the Belgacom case had involved fake LinkedIn profiles, he asked that, at the very least, they avoid the professional social network.

"If you ask me whether I'm absolutely sure that they are not in our network, I cannot give you any guarantees," he says.

Outside, 70 antennae do the company's chief business: beaming data to and receiving data from any part of the world that's un-tethered from the global fiber optic network.

In communications jargon it's called "teleporting." 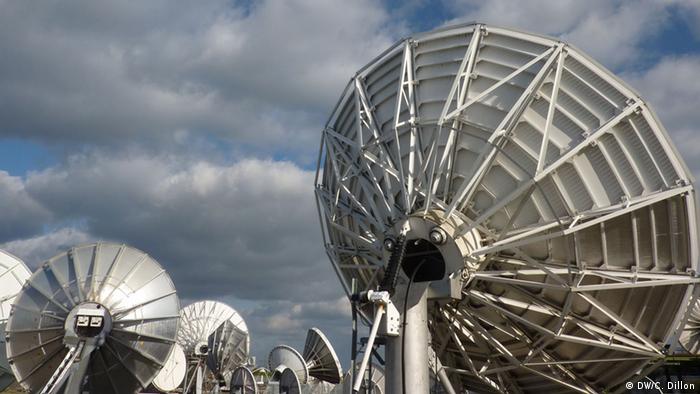 The third example is Steffen's best guess at why his company may have been hacked.

"The Syrian war started. And the question was raised whether we should support the opposition against Assad. And I felt, OK - at this point, you can clearly identify who is the good one and who is the bad one, which is not so easy, always. So we actually extended the Internet so they could connect to that point with a little antenna and bring in information into the Internet, and then from the Internet it could be picked up and redistributed to the news. So this is the only, let's say 'customer' I could identify here, where I could say, 'Hm, maybe the British or the Americans, they're asking, 'What is Stellar doing here? Why are they having a connection into Syria?'"

Still, it's hard to believe GCHQ and the NSA even looked here. Hürth is the quintessential sleepy town, flanked by agriculture down below and a dose of German engineering above.

The industrial backdrop is where Stellar lies, pinched between a steam-spewing chemicals manufacturer and a German energy giant.

The location, Steffen says, was an accident - "like everything," he laughs.

We had tried to visit Stellar the day before, but hacking-related meetings had pulled most of the staff off-site.

Just that morning, Steffen had, at the request of Germany's Federal Office for the Protection of the Constitution, traveled to the agency's bureau in Cologne.

"The meeting was very constructive, very positive in every respect. And again, the word Verfassungschutz [protection of the constitution] is, if you really think about it, a good word: securing your basic ideas of your democracy. You know, I cannot see anything wrong with that."

Overall, Steffen remains remarkably calm for a man whose company has been mined by foreign operatives.

His personal business emails - and those of 15 staff members - were allegedly monitored.

While his clients haven't complained - they're free to encrypt their own information, he says - their names and business dealings can no longer be considered proprietary information. 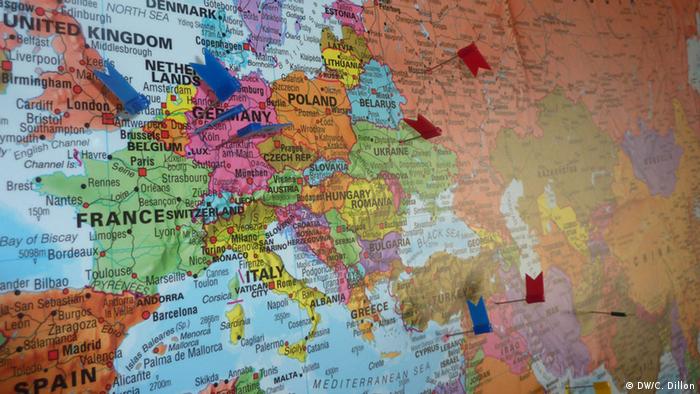 Yet again and again, Steffen stresses the gray nature of the intelligence issue - that the United States is, of course, a friend, and that he was upset to learn that some of the 9/11 attackers had come from Hamburg, and that he wouldn't want to be in German Chancellor Angela Merkel's shoes.

Still, the new rules of signals intelligence need to be defined, he says, and trust restored between Germany, the US and Britain.

And as we part, he makes this appeal to the intelligence services.

"Why are you spying on me, you know? It's not necessary."

Revelations on the extent of surveillance by the US National Security Agency have won two newpapers the Pulitzer Prize. The Washington Post and the Guardian US are to share the highest award in American journalism. (14.04.2014)

A dispute in Berlin about whether to seek testimony from NSA leaker Edward Snowden has prompted a senior conservative to quit as chairman of a new German parliamentary inquiry. (09.04.2014)