A former top manager for Audi has reportedly been detained as part of an investigation into the emissions cheating scandal at parent company Volkswagen. Prosecutors say they are widening their probe. 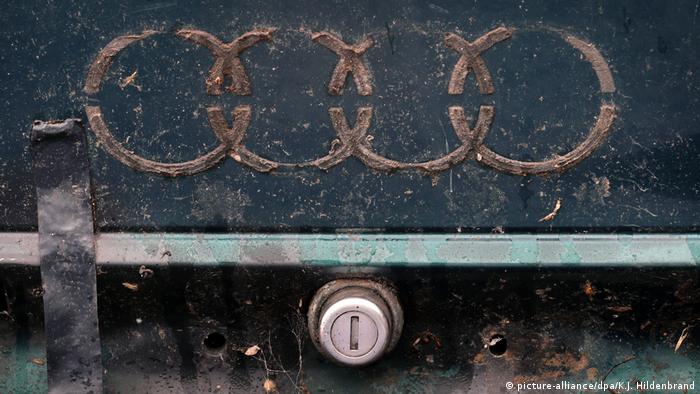 Prosecutors in Munich who are conducting the investigation into Audi confirmed Thursday that two raids and the arrest were carried out Wednesday.

Chief state prosecutor Andrea Grape said investigators had widened their probe to include more suspects but declined to say more about who they were.

The arrest takes the number of Dieselgate suspects connected to Audi currently in investigative detention in Germany to two. The other is former Audi engineer Giovanni P. whom the US Department of Justice brought criminal charges against in July. He is alleged to have directed other Audi employees to design the cheating software.

In September 2015, Volkswagen admitted to using so-called "defeat device" software in some 11 million of its cars worldwide. The software was designed to cheat on emissions tests by activating controls during testing. But driven under normal conditions, the cars spewed up to 40 times the allowed limits of nitrogen oxide.

The daily Süddeutsche Zeitung in conjunction with German public broadcasters NDR and WDR, named the arrested man as Wolfgang Hatz, who was head of engine development at Audi from 2001 to 2007 before moving on to lead powertrain development at the VW group, then becoming the research and development chief at Porsche, another Volkswagen subsidiary.

"He had worked in important positions at Volkswagen for a long time and was a close confidante of former VW chief Martin Winterkorn," German broadcaster Tagesschau reported.

Shortly following the Dieselgate revelations, Hatz had been suspended from his position. He left Porsche last year after signing a termination agreement with them which included a large severance payment. At the time Porsche emphasized that internal investigations had revealed no evidence of wrongdoing by Hatz, but his severance payment was made on the condition he pay it back should it be revealed he had breached his duty, the media outlets report.

Read more: Lobbyists and politicians: What are the regulations?

Since then the scandal has widened to include investigations into other VW subsidiaries. In all, Volkswagen has agreed to pay some $20 billion (16 billion euros) worth of criminal and civil penalties and settlements. According to German news agency dpa a spokesperson for VW declined to comment on the latest development.

A court has ruled that the German carmaker can't be forced to pay Dieselgate environmental damages at the state as well as federal level. The US state of Wyoming sought to fine VW hundreds of millions of dollars. (01.09.2017)

Car owners in Germany can claim a rebate of up to 10,000 euros when they trade in their old diesel car for a new car. Many of the old vehicles may end up in Poland – and put pressure on car dealerships. (24.08.2017)