Lobbyists and politicians: What are the regulations? | Germany | News and in-depth reporting from Berlin and beyond | DW | 23.08.2017

Lobbyists and politicians: What are the regulations?

The case of former German Chancellor Gerhard Schröder cozying up to his buddy Vladimir Putin by joining Rosneft raises all sorts of questions about unethical public-private job swapping. Where does Germany stand? 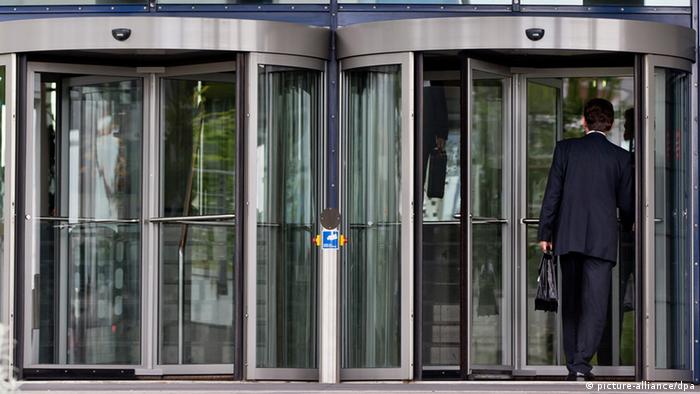 Aside from causing an almighty stink and further eroding trust between carmakers and their customers, the ongoing "Dieselgate" scandal here in Germany has also served to highlight the close ties between the car industry and the government's "revolving door" practice.

And there are others. Daimler's chief lobbyist is Eckart von Klaeden, a Christian Democrat who worked under Merkel in the chancellery until 2013. His party colleague, Matthias Wissmann, who heads the German Automobile Association, held the federal office of minister for transport for many years.

Timo Lange, spokesman for the German NGO Lobbycontrol, says the problem has been prevalent for years and reached a nadir in the twilight of Gerhard Schröder's chancellorship when he was establishing close contacts with Russian giant Gazprom. "At the end of his term he [was] engaged in favor of the construction of a pipeline through the Baltic Sea and after he left office got the job [with Gazprom]."

Meanwhile Klaeden's abrupt switch to Mercedes prompted an investigation by Berlin prosecutors and new rules on "cooling off" periods before politicians can make the common leap from governance and regulation to lucrative lobbying gigs.

"In 2015 the government drafted up a law regulating post-public office employment for members of the government and parliamentary secretaries for the first time. So now there is an 18-month cooling off period. [But] that's not been enforced until now because since the law's been in place no member of government has made such a move," Lange told DW.

Read more: Germany to regulate switch from politics to business

Frank Capra's award-winning movie tells the story of an idealistic man on the street whose belief in democracy and ethics runs smack into amoral Washington political skullduggery.

Fast forward nearly 80 years later and what hasn't changed is the influence held by fat-cat interests.

In a bid to drain the Washington swamp, as he calls it, President Donald Trump signed an executive order earlier this year to restrict some of the lobbying that White House officials can do after they leave his team.

This lobbying ban lasts longer than the two-year threshold set by former President Barack Obama in 2009, but there are the inevitable caveats - first and foremost, it doesn't apply to congressional officials.

"We have different rules for members of Congress and their staff and for members of the administration. And what Trump has been doing in the last couple of months is to issue a lot of ethics waivers, so exempting people from those rules," said Lange.

Generally, says Lange, there are still too many loopholes. "People moving out of office can immediately lobby, for example Senate staff can go out and lobby the White House."

In the UK, the Advisory Committee on Business Appointments (ACOBA) regulates the transition of former ministers and officials into private sector roles. If that sounds cumbersome, well, it is. A recent report by a parliamentary committee has found it to be "ineffectual," "toothless" and its weakness has "damaged" trust in politics and public institutions.

ACOBA is tasked with ensuring that public servants don't trade insider knowledge into private sector jobs. However, the committee has no powers of investigation and no powers to sanction those who ignore its rulings.

The committee has called for "major reform" of the current system, noting that similar recommendations were made four years ago but that "nothing has significantly changed."

Some observers have noted that the committee's report came soon after former Tory Chancellor of the Exchequer, George Osborne, controversially accepted the job of editor of the London Evening Standard, even whilst retaining his role as an MP. 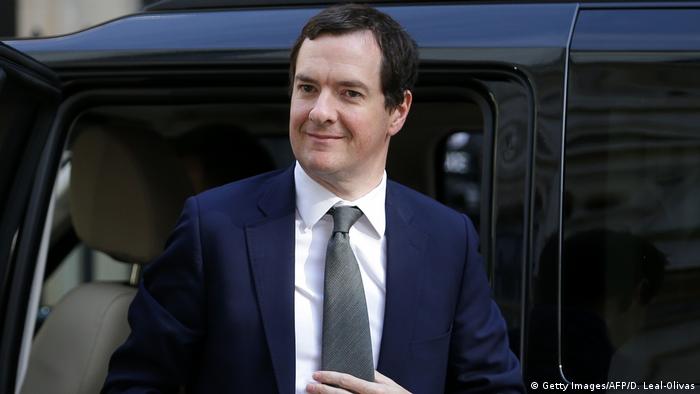 So is it all doom and gloom? Not quite: Although far from perfect, Canada is seen as somewhat of a pioneer when it comes to rules and regulations.

Canada's Lobbying Act is a mandatory lobby registration and reporting system, based on the idea that transparency and disclosure lead to public confidence and official accountability. In their lobbyist registration, entities must not only identify themselves, their clients, and the areas they're lobbying on, but they must also list any former public offices held by lobbyists identified on their registration.

Beyond transparency, Canada's Lobbying Act also targets rules to govern post-political activity. "There's a five-year cooling off period that prohibits an office holder from becoming a registered lobbyist. And that's certainly a good thing because that means that it's not just prohibited to lobby your former office or agency, but to actually become a lobbyist," said Lange.

And unlike in other countries there are actually effective tools in place to enforce the regulations. "There's a commissioner for conflict of interest and a commissioner for lobbying transparency who will oversee this and who can also sanction breaches of the rules," Lange points out.

So, there is some light at the end of the tunnel. And as Lange says, Germany would do well to learn from best practice in countries such as Canada.