German prosecutors have on Friday laid charges against six men over their supposed links to the Islamic extremist group al-Shabab. At least two of the group are accused of planning to later join Islamic State in Syria. 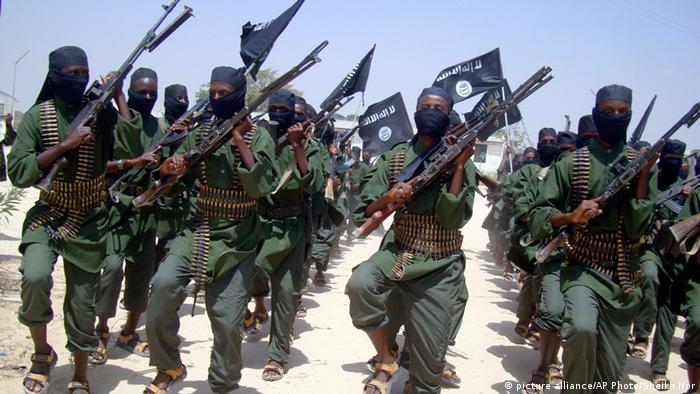 The attorney general's office charged five of the men, all of whom are aged between 24 and 31, with membership of a terrorist organization.

The sixth man was charged with attempting to join the group.

All six are German citizens, with one also holding Tunisian citizenship.

Prosecutors allege five of the suspects travelled to Somalia in 2012, to participate in weapons training at a camp run by the Somali-based militant group al-Shabab.

After the training the men left the country in 2014.

Three were arrested upon their arrival in September at Frankfurt airport, while the other two were deported to Germany from Kenya.

They were allegedly planning to enlist with the terrorist organization "Islamic State" fighting in Syria.

But the group remains a significant threat in southern Somalia.

On Wednesday the US Defense Department claimed Adan Garar, a senior member of al-Shabab, was killed in a US airstrike last week.

Garar allegedly helped in planning the 2013 attack on a Kenyan mall, which killed almost 70 people.