At the close of an Africa conference, German President Horst Köhler accused industrialized countries of having a double standard towards Africa. He urged support for controversial European-African economic accords. 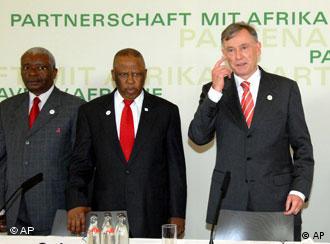 Köhler (right) has a long-held interest in Africa

Addressing attendees at a conference held near Frankfurt, Germany on Sunday, Köhler said industrial countries are often unfair when it comes to working out trade policy, migration issues, fishing contracts and resource usage in Africa. 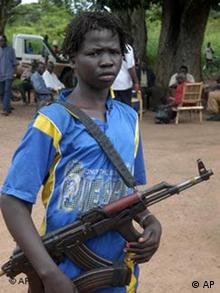 Europe should not just sit idly by amid African crises, Köhler said.

"We in the northern hemisphere have to change our thinking," said Köhler, who has made fighting poverty in Africa a focus of his tenure. This was the third presidential conference on Africa held by Köhler, who formerly headed the International Monetary Fund in Washington.

He urged industrial countries not to just sit by and watch as African countries face one crisis after the other.

"Africa was always the object of other nations' expansive ideas," Köhler told attendees. He warned above all against exploiting the continent's resources. "To steamroll the continent once more would be a historical failure," he said. 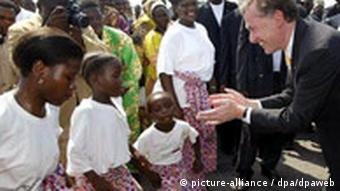 For Köhler, Africa has long been an important policy point

Köhler argued on behalf of the controversial Economic Partnership Agreements between Europe and Africa, saying they are in everyone's best interest.

He urged African states to clarify their criticisms of the agreement plans and said the EU should create better fair-trade conditions for its African partners.

Köhler also said Africa should continue to develop the African Union into a political entity similar to the EU, in order to prevent industrial nations' attempts to divide the African Union by signing trade deals with individual countries.

Moreover, he said, accords between individual nations are losing their meaning in a world where issues including climate change, AIDS, and migration mean countries are increasingly interdependent.

The two-day Africa conference was attended by 44 top officials, politicians and Africa experts, including the presidents of Botswana, Madagascar, Mozambique, Benin and Nigeria.

Opinion: Europe Must Find a Common Voice in Africa

German Chancellor Angela Merkel posed for all the right pictures during her recent Africa tour, but what's missing is a joint EU policy on the neighboring continent, says DW's Ute Schaeffer. (08.10.2007)

Helping Africa to Help Itself

African nations may have their problems, but many would be capable of helping themselves if the international community were more patient and gave initiatives more time to flourish, says aid expert Alan Duncan. (08.06.2007)

Germany has put aid for Africa at the top of the agenda for the upcoming G8 summit. It isn't the first time the continent is a G8 focus. But have previous commitments brought about any change? (18.05.2007)

Do industrialized nations have a double standard when it comes to policy on Africa? Please include your name and country in your reply.