German police are storing bodycam footage, which may be used as evidence, on Amazon servers. Critics have raised privacy and security concerns. 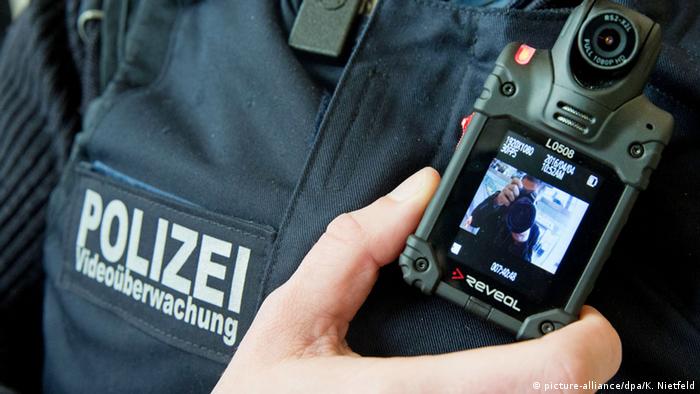 German Federal Police are storing video footage from body cameras on the servers of internet giant Amazon, unleashing a storm of criticism over security and privacy issues.

The Neue Osnabrücker Zeitung newspaper reported on Saturday that Federal Police are using a cloud service from Amazon to store videos because the internet company is the only one in Germany with a certificate from the Federal Office for Information Security.

"At the moment there is no state infrastructure available that meets the demand," the Federal Police said.

Benjamin Strasser, a lawmaker from the opposition Free Democrats who requested the information from the interior ministry, said that storing highly sensitive data with a private company posed "an incalculable risk."

Even though the servers are located in Germany, US security and intelligence agencies could access the data, Strasser warned, demanding that the Federal Police expand its capacity "to preserve sovereignty over the core state function of internal security."

He noted that Amazon sells facial recognition software to US police that is used for analyzing bodycam videos.

"That this company is now to administer the bodycam recordings for the Federal Police leaves more than a bad feeling," said von Notz.

Videos from the small cameras carried on the body of police are intended to protect officers and may be used as evidence. Their use has been rolled out in several German state police forces and by the Federal Police in recent years.

The use of bodycams has caused controversy in Germany due to sensitivities over privacy that are a legacy of the Nazi-era and spying by former East German secret police.

"The data is encrypted and stored exclusively on servers in Germany," the ministry said.

Sven Hüber, the deputy chairman of the Police Union (GdP), said the dependency of Germany authorities on a single company raises "competition and practical issues."

However, he acknowledged that while complete state control over data is desirable it may not be affordable.

It is therefore all the more important for digital security management to prevent unauthorized access and data leaks, he said.