German police 'not ruling out' terrorism in Cologne hostage-taking

Police on Tuesday searched a flat in Cologne, as they investigate Monday's
attack and hostage-taking at the city's central train station, with the perpetrator already in custody and severely wounded following his arrest.

They said they were not ruling out terrorism, as multiple witnesses told the police that the suspect had claimed allegiance to "Islamic State" during the attack. The man is a 55-year-old Syrian with a criminal record, officers said. The man remains severely injured in a Cologne hospital; a police spokeswoman said on Tuesday that she did not have any updates about his condition.

Authorities have also urged the public to upload footage and photographs taken during a hostage-taking situation to an online portal as they search for more clues into the attack. 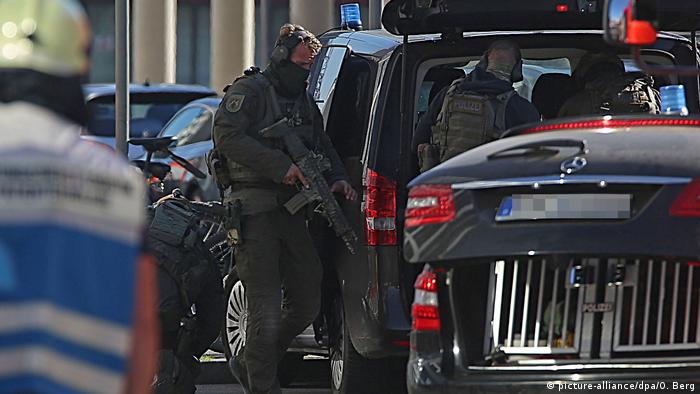 What happened to the suspect?

According to police on Tuesday, he is in stable condition and receiving medical attention at an intensive care unit.

Police said on Tuesday that the investigation was "running at full speed." Forensics specialists have taken samples from the train station in a bid to find out more about the attack and its perpetrator.

The 9/11 attacks were led by a group of young men who met in Hamburg. Only one of them has ever been convicted: Mounir el-Motassadeq. He's now being sent to Morocco. DW traces his story. (15.10.2018)