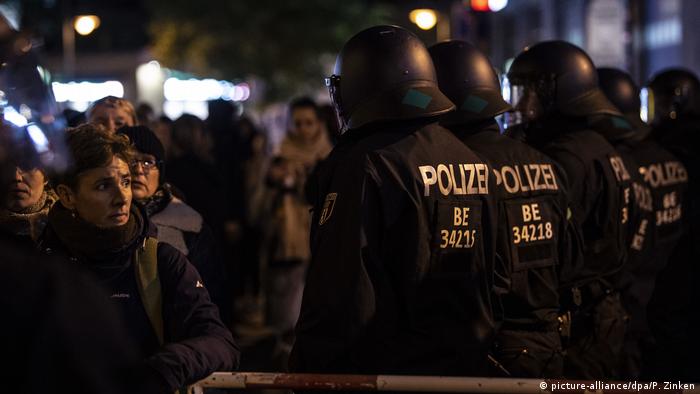 Police in the eastern German city of Dresden confirmed on Wednesday they had opened an investigation into a speech delivered by far-right, anti-immigrant firebrand Lutz Bachmann, who leads the xenophobic group PEGIDA.

Speaking to supporters at a weekly Monday night rally, Bachmann used Nazi slogans to describe his opponents and openly called for them to be killed. His calls were enthusiastically greeted with cries of "hang them."

A lexicon of Nazi insults

In the speech, Bachmann called environmentalists, as well as Green and Left Party politicians, "Volksschädlinge," a Nazi term meaning "parasites of the people." He went on to call them "disgusting maggots."

Still, the use of such slogans did not end there. He described those he vilified as "extremist garbage," saying they were standing on the "degenerate side" of the trench that now runs through the heart of German society.

He went on to say that such politicians and environmentalists should be pushed into that trench and buried.

'A clear, public call for murder'

Green and Left Party politicians also criticized the fact that Andre Wendt of the right-wing populist party Alternative for Germany (AfD) apparently attended the Monday night rally as well. They said that Wendt's participation, "does not conform to our understanding of political neutrality and the dignity of the office." Wendt is the vice president of Saxony's state parliament.

Though a police spokesman would not directly confirm that Bachmann was in fact the target of the investigation, he also did not deny it. He said Dresden police were in possession of video recordings of the speech and that they were currently reviewing them. Thus far, Dresden police have said that seven complaints have been lodged over the incident.

Bachmann, who founded PEGIDA in October 2014, has been convicted of several similar crimes in the past. Forced to step down in 2015 for posing as Adolf Hitler, Bachmann was later reinstated as the group's frontman.

PEGIDA, an acronym for "Patriotic Europeans Against the Islamization of the Occident," is a collection of staunchly anti-immigrant citizens with far-right nationalist views. The group has organized Monday evening demonstrations in Dresden and other cities across Germany since its inception.

The group plans to hold a large rally to celebrate the fifth anniversary of its founding on October 20. Counterprotests are expected.