German parents not allowed to name their child Lucifer | Germany | News and in-depth reporting from Berlin and beyond | DW | 26.10.2017

German parents not allowed to name their child Lucifer

You can't just name your child whatever you like in Germany. Godsgift is OK; devilish monikers are not. Elsewhere in the world, the rules for name approval are even stricter. In one country, Harriet is a no-go. 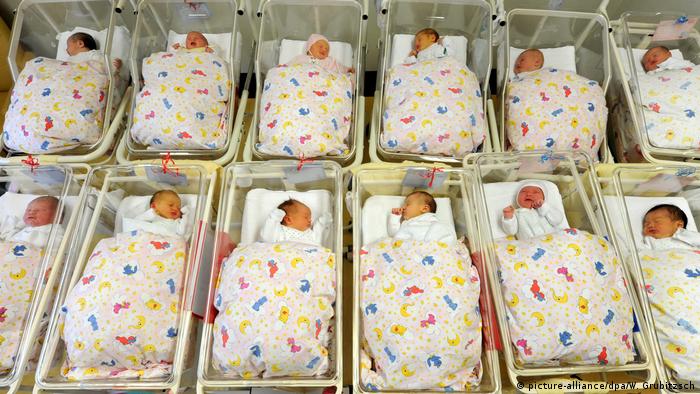 What the hell? That's probably what a civic registry office employee thought when he saw the request made by a couple from the central German city of Kassel. The parents wanted to register their newborn son as Lucifer.

The registrar refused to put the rather unusual name into the baby's birth certificate, and the parents refused to choose a different one. The case ended up in court, where, eventually, Mom and Dad were convinced to not saddle their son with a name that many people across the world associate with pure evil. The baby boy is now named Lucian.

The Latin word "lucifer" means "morning star" or, as an adjective, "light-bringing." But today the name is a synonym for the devil. In Christian tradition, Lucifer was used as the proper name of the devil before his fall from grace. In popular culture, Lucifer is synonymous with the devil or Satan. 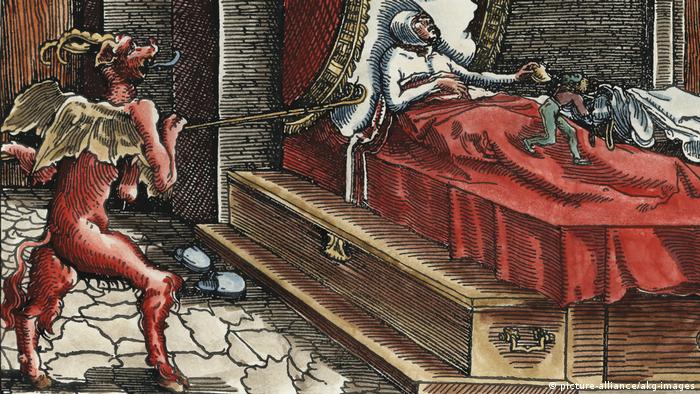 Because the name stands for the personification of evil, the Association for the German Language (GfdS) considers it problematic and not appropriate.

"At the center of decisions like this is the well-being of the child," Frauke Rüdebusch from the GfdS told newspaper Die Welt.

While there are no hard and fast laws on what parents can name their children in Germany, officials do have a right to refuse requests for names they deem inappropriate, and a registrar has to approve every name that goes on a baby's birth certificate.

If she is unsure, she can consult with the GfdS or, if she considers a name inappropriate and the parents won't budge, go to court – all to prevent boys and girls from growing up with names that open them up to ridicule later in life.

Most parents in Germany decide on more conventional names for their children. The GfdS collects records of hundreds of registry offices across the country each year to compile a list of the most popular names. In 2016, they received more than 1 million individual entries, covering 97 percent of all baby names given that year.

The most popular names for girls born in 2016 were Marie, Sophie and Sophia. For boys, the top three were Elias, Alexander and Maximilian. More unusual names that were approved in 2016 include Fips and Twain, as in Mark. 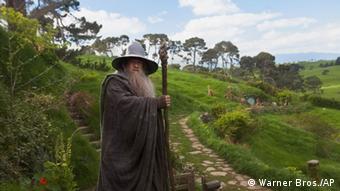 German Tolkien fans can name their baby Gandalf, after the wizard in the "Lord of the Rings" books and movies

In previous years, parents were allowed to name their children Gandalf, Godsgift or Kastanie (German for "chestnut"), for example. Moms and dads who wanted to go with Vespa, Westend or Dracula, on the other hand, were refused and had to go back to the drawing board.

In 2015, a refugee mother was so grateful for her new life in Germany that she named her daughter Angela Merkel, after the German chancellor.

Other countries have different rules when it comes to naming babies. In Iceland, parents can choose from a list of roughly 1,850 female and 1,700 male names for their babies. If they aren't happy with any of the choices, they can appeal to the Icelandic Naming Committee. To pass the test, a name can only have letters that are part of the Icelandic alphabet, and must be "capable of having Icelandic grammatical endings."

This reporter's name wouldn't fly in Iceland, since the nation's alphabet does not include the letter C. Harriet is also a no-go, as a British-Icelandic family found out. The British father and Icelandic mother where aghast when the national registry refused to renew their 10-year-old daughter's passport in 2014 because it did not recognize her name. Harriet cannot be conjugated in Icelandic.

All citizens of the People's Republic of China aged 16 and older must carry identity cards, which are processed electronically. That's why all names must be spelled with characters that can be entered into or processed by a computer. Of the roughly 70,000 known Chinese characters, both simplified and traditional, only around 32,200 fulfill this requirement.

The US is famous for having lax rules on what names are allowed. Celebrities have kids named North, Apple or Blue Ivy. Regular citizens go crazy as well, naming their children Princecharles, I'munique or Hellzel – who would make a perfect sister to the little German boy almost named Lucifer.

Born 'Messiah' but can he keep his name?