A Ghanaian woman seeking asylum in Germany has named her child Angela Merkel. The name raised a few eyebrows at the baby registry office, but the tribute to Germany's chancellor was approved. 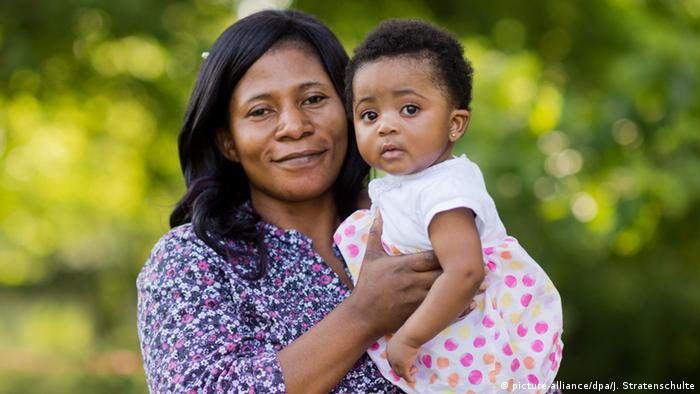 Ophelya Ade, a woman originally from Ghana who is seeking asylum in Germany, spoke out on Thursday about her decision to give her daughter a very famous and very German name: Angela Merkel Ade.

The baby, who was named in tribute of Germany's current Chancellor Angela Merkel, was born in February in Hanover. The younger Angela Merkel and her mother live in a former hospital in Hannover that has been converted to house asylum seekers.

"She's a good woman and I like her," the 26-year-old Ade said of Chancellor Merkel.

Baby names in Germany are subject to the scrutiny of the civic registry office, and names that are too off-the-wall can be rejected, mostly on the grounds that names need to clearly identify a baby's gender.

In the case of young Angela Merkel, however, there was no question that her name was legit.

According to media reports, baby Angela has German citizenship through her father, which also secures residency for her mother.