German minister hails Bangladesh over birth control | Asia | An in-depth look at news from across the continent | DW | 13.11.2019

German Development Minister Gerd Müller has praised Bangladesh for its success in birth control and presented the country as a role model for Africa. How did Bangladesh manage such a huge decline in its fertility rate? 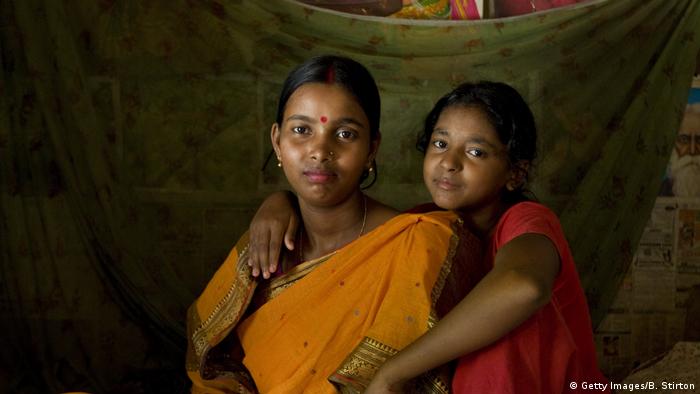 In an interview with the broadcaster Deutschlandfunk, German Development Minister Gerd Müller expressed concern over the high rate of population growth in Africa and said that the continent needs to improve women's access to education, healthcare and childcare to bring the fertility rate down.

The minister praised Bangladesh's record on this front, saying that the Muslim-majority country — home to over 160 million people — had made remarkable strides in reducing its fertility rate over the past five decades.

"Bangladesh has brought down the fertility rate from about seven births per woman to 2.1 births per woman, which is almost the European average, over the past 50 years," Müller said, underscoring the importance of female empowerment in achieving this decline. "Self-determination and equal rights for women, as well as ensuring full access to education and healthcare can make a huge difference."

Since it became an independent nation in 1971, Bangladesh has been implementing family planning programs, in an attempt to keep a check on rapid population growth. With the help of domestic and foreign NGOs, authorities launched door-to-door campaigns to raise public awareness.

Not an easy job

Over 90% of Bangladesh's 160-million-strong population is Muslim and society is mostly conservative.

In the 1970s and 80s, observers say, officials and activists found it challenging to communicate with married women in rural parts of the country about family planning.

"We faced huge resistance from religious leaders in those days. Male members of families tried to keep us away from women," said Saidur Rahman, a field-level family planning officer based in the city of Kishoreganj.

"But then, the government started providing family planning courses to Muslim, Hindu and other religious leaders, in an attempt to include them in the campaign," he said, adding: "At some point, they realized that a small family is better when one doesn't have the capacity to feed a bigger one."

Rahman also underlined the importance of access to education in achieving birth control. "The increase in literacy rates over time has also had a positive impact on lowering [the] fertility rate."

Experts believe Bangladesh's media, particularly public broadcasters, played a major role in making people aware of the benefits of having fewer kids, by pointing out that it helps parents to take better care of their children as well as causes less of a financial burden.

Furthermore, better healthcare services in rural areas also reduced the child mortality rate. This decline has contributed to a drop in the fertility rate, as people began to worry less about child survival.

To reduce population growth, Bangladesh has been providing free contraceptives to women for decades. Regular birth control pills are particularly popular among women in the country, where many men still opt out of using any contraceptives during sexual intercourse.

"More than 40% of eligible women take birth control pills regularly. They like it more than any other methods as it has fewer side effects for them," Rahman told DW.

Statistics published by the Bangladesh Directorate General of Family Planning show that only 8% of the nation's total population was using contraceptives in 1975, but the figure increased to 63.1% by 2018.

"Women who opt for long-lasting forms of contraception get it free with necessary medical care afterward. We also provide them money and other gifts when they come to us for a long-term solution," said Saidur Rahman,

"Bangladeshi women are very much in favor of birth control. Many of them even take birth control pills without informing their conservative husbands," he added.

'Anybody can learn from us'

Mohammad Sharif, a director at the Bangladesh Directorate General of Family Planning, hailed the German minister's remark about the Bangladesh's success in lowering fertility rates. He says his country is ready to be a role model for others in this regard.

"Anybody can learn from us. We welcome it," he told DW.

Sharif said the Bangladeshi government is striving to reduce the fertility rate to only two children per woman by 2021.

But Rahman, the family planning officer, says Bangladesh hasn't made much progress over the past few years.

"After massive successes in birth control, we have become complacent, which has slowed down our overall efforts on this front," he said. "We have to again start working hard if we want to achieve the target of reducing the fertility rate to two children per woman."

Nearly 70% of Bangladesh's textile workers are women, but menstruation taboos mean they must skip work when they have their period. Activists say more must be done to raise awareness and provide hygienic aid. (23.10.2019)

Women in Bangladesh will no longer have to say if they are "virgins" on official marriage documents, the High Court ruled. The decision has been hailed by rights groups and also includes crucial changes for men. (27.08.2019)