Women in Bangladesh will no longer have to say if they are "virgins" on official marriage documents, the High Court ruled. The decision has been hailed by rights groups and also includes crucial changes for men. 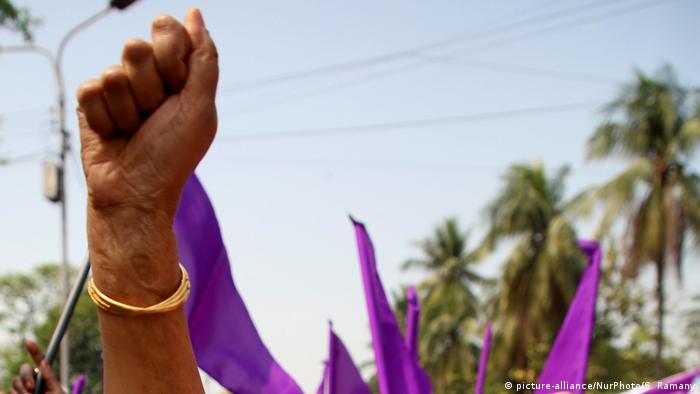 Women's rights campaigners in Bangladesh celebrated a landmark legal victory on Tuesday, after the nation's top court recently ruled that the word "virgin" must be removed from marriage certificates.

Under the current marriage laws in the Muslim-majority country in South Asia, a bride is required to state on her marriage certificate if she is a "kumari" — meaning virgin — a widow, or divorced.

The country's High Court issued a brief verdict on Sunday, ordering the government to remove the term and to replace it with "unmarried."

The ruling is a victory for women's rights groups who fought a five-year legal battle challenging the term virgin as "humiliating and discriminatory."

"It's a ruling that gives us the belief that we can fight and create more changes for women in the future," Ainun Nahar Siddiqua, of Bangladesh Legal Aid And Services Trust (BLAST), told the Thomson Reuters Foundation.

The ruling also means changes for grooms. Unlike women, men previously did not have to disclose their status but will now also be required to state if they are unmarried, divorced or a widower.

"I have conducted many marriages in Dhaka and I have often been asked why men have the liberty to not disclose their status but women don't," Mohammad Ali Akbar Sarker, a Muslim marriage registrar from Dhaka, told the Thomson Reuters Foundation.

"I always told them this wasn't in my hands. I guess I won't be asked that question anymore," he added.

The term virgin had been used in marriage certificates since 1961, when Bangladesh was still part of Pakistan. Siddiqua and others argued in court that the term breaches the privacy of the woman getting married.

The court is due to publish its full verdict in October, with the changes to the certificates expected to come into force then.