German minister: EU should not risk trade war with US over tariffs dispute

The warning by German Economy Minister Peter Altmaier comes days before the US is set to decide on whether to introduce tariffs on EU steel and aluminum. Altmaier suggests both sides seek a comprehensive deal instead. 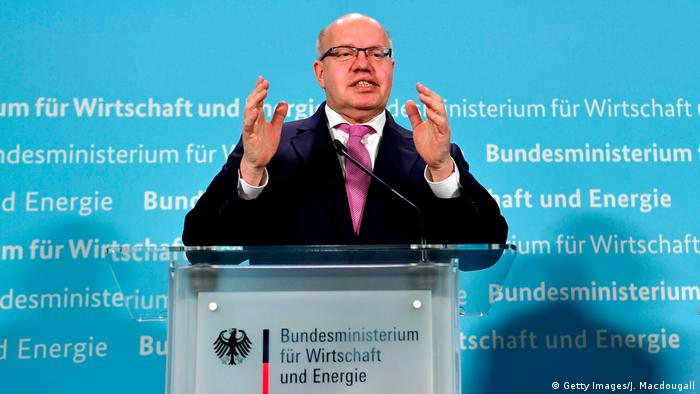 German Economy Minister Peter Altmaier on Sunday warned the European Union against sparking a trade war with the US in the dispute over US tariffs on steel and aluminum. 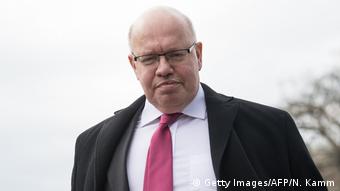 "I'm of the opinion that neither the US nor the Europeans should risk a trade war," said Altmaier during a talk show on German public broadcaster ARD.

He warned that the trans-Atlantic relationship was at stake.

Read more: Germany expects US metals tariffs to come into force May 1

The EU and Germany would focus their efforts on avoiding that outcome even if the US decides to tax EU steel and aluminum imports, the minister added.

The US and EU have clashed over US tariffs on foreign steel and aluminum introduced in late March.

Washington granted the EU a last-minute temporary exemption, but it is set to decide whether to extend that exemption on Tuesday. The bloc has threatened to tax select US imports if the tariffs on EU steel and aluminum enter into force .

Altmaier, who is a member of German Chancellor Angela Merkel's conservatives (CDU/CSU), said the EU should try to solve the tariff dispute, along with other trade disagreements, in a comprehensive US-EU deal.

Earlier, the chairman of the German parliament's foreign affairs committee, Norbert Röttgen, also said the EU should seek a deal rather than take retaliatory action. In an ARD interview, he said the bloc should "stand by its conviction that all disagreements should be addressed in a comprehensive trade deal."

Larry Kudlow, Trump's top economic adviser, has said the US would consider granting a longer exemption in exchange for EU concessions in other trade disputes.

But EU Trade Commissioner Cecilia Malmstrom has said she would not enter talks on easing trade tensions with the US until Washington had granted the EU an "unconditional and permanent" exemption.