German military to include rabbis for first time since Hitler expelled them | News | DW | 29.05.2020 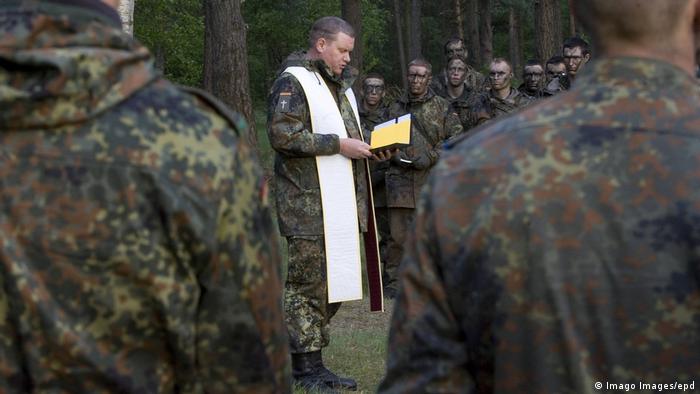 The Bundeswehr, Germany's armed forces, will allow military rabbis to see to the spiritual needs of Jewish soldiers for the first time in nearly a century, the German parliament agreed Thursday. The vote was unanimous. Until now soldiers in the German army could only turn to Christian military chaplains, either Protestant or Catholic.

The move, which was first introduced by Defense Minister Annegret Kramp-Karrenbauer in December 2019, has been welcomed by Jewish groups and lawmakers from all parties.

"This is a special sign of solidarity and recognition" towards Jewish soldiers, Kramp-Karrenbauer told the Bundestag parliament, adding that the rabbis would provide a recognizable contribution "against the daily and growing anti-Semitism in our society."

The defense minister also said she planned to introduce legislation to allow imams and Christian Orthodox priests to perform similar chaplaincy roles. On Twitter, she described it as a "historic day."

Military rabbis 'available to all soldiers'

Jewish people fought for Germany in World War I and military rabbis were relatively common until Adolf Hitler came to power in 1933. The German government estimates that there are around 300 Jewish soldiers in the armed forces, along with 3,000 Muslim soldiers and around 90,000 Christians. A little under half of the roughly 178,000 troops either gave no information on their religious beliefs, or said they held none.

Lawmakers from the Green and Left parties urged the government not to delay on putting in place similar provisions for Muslim chaplains.

German Jewish Central Council President Josef Schuster told the German parliament that the rabbis would be a boon not only to Jewish soldiers. "Military rabbis will make their advice available to the Bundeswehr as a whole."

He also described the move as "an important support for the democratic attitude of the soldiers."

Schuster has previously warned of the alarming spike in anti-Semitism in Germany following an attack on a synagogue in the city of Halle on the Jewish holiday Yom Kippur in October 2019.