German labor minister calls for right to work from home

Coronavirus has forced millions of Germans to work remotely. One minister wants this to continue, even after the threat from the virus has passed. 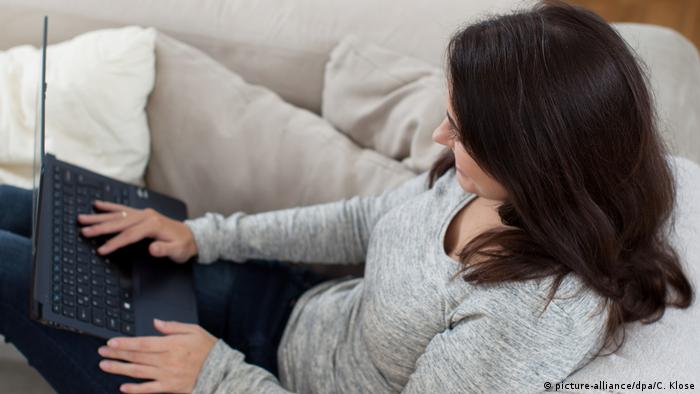 Workers should have the right to work from home, German Labor and Social Affairs Minister Hubertus Heil told the tabloid Bild am Sonntag. The newspaper said he plans to present a bill this autumn in a bid to see this enshrined in law.

"Anyone who wants to, and whose workplace allows it, should be able to work at home — even when the coronavirus pandemic is over," Heil told Bild.

People in Germany, and across the world, have been ordered to work from home — known as "home office" in German — by governments in a bid to slow the spread of coronavirus.

Read more: Will the coronavirus change the way we work from home?

The pandemic offers the chance to understand the scale that working from home is possible, said the labor minister. An estimated 8 million people, or 25% of the country's workforce, are working from home across Germany's 16 states, a rise from 12% before the pandemic.

Wherever possible, all employees would be able to request working from home in the future, either switching completely to home office or just for one or two days a week, explained Heil.

He said rules would need to be in place to stop work "eating into private life."

The new law would focus on increasing the possibility to work from home, but not force companies into doing so.

Working from home 'a real achievement'

Several politicians supported the proposal. Vice-Chancellor and fellow Social Democratic Party (SPD) politician Olaf Scholz called the extent of working from home in the past weeks "a real achievement." He advised the country not to revert to old ways.

Katrin Göring-Eckardt, Germany's Green Party parliamentary group leader, also welcomed the suggestion. In a tweet, she called for the right to fast broadband internet to enable people to work most effectively from home.

Employers' groups are less than enthusiastic, however. Steffen Kampeter, head of the Federal Association of the German Employers' Federation called Heil's proposal a "political shelf warmer" that was "behind the times."

"We need a moratorium on burdensome legislation," he emphasized, saying more red tape would hamper economic growth. The economy cannot be kept running entirely by people working from home, he added.

Germany's Labor Ministry has already mooted a similar proposal: in early 2019, Ministry Secretary Björn Böhnin told the magazine Der Spiegel that he was planning an initiative compelling German companies to either allow their employees to work from home or justify why it is not possible.