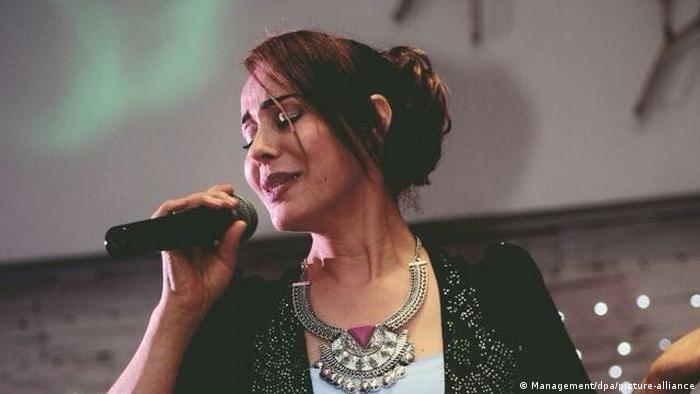 A German-Kurdish singer imprisoned in Turkey for the past two years on terrorism charges was released on Wednesday night, according to her lawyer.

Saide Inac, who goes by the stage name Hozan Cane, walked out of the prison in Istanbul after a court ordered her release, her lawyer Newroz Akalan told news agency DPA. The court earlier ruled that her prison sentence was disproportionate.

The singer has been barred from leaving the country and her trial will continue on October 20, Akalan said. The trial of her daughter, Gönül Örs, also accused of terrorism, will continue on Thursday.

Cane was arrested in June 2018 in the western province of Edirne while attending campaign events of the pro-Kurdish People's Democratic Party ahead of national elections.

She was accused of being a member of the Kurdistan Workers' Party or PKK and in November that year, she was sentenced to six years and three months in prison.

Turkey, as well as the European Union and the United States, consider the PKK a terrorist organization.

Cane's trial was reopened in August after an appeals court found that there was no clear evidence of her being a member of the terrorist organization.

'Art not a crime'

Cane's release was welcomed by German politicians. Arrests of dual Turkish-German nationals in Turkey have put major strains on relations between Berlin and Ankara.

Berivan Aymaz, a Greens politician in the western state of North Rhine-Westphalia where Cane lived, welcomed the "good news" in a post on Twitter.

"International publicity is working, we will continue to work on this until she [Cane] and her daughter Gönül/Dilan Örs are allowed to leave the country and be among us in Cologne again," Aymaz said.

"Hozan Cane is no longer in prison. But she is not allowed to leave Turkey yet," Schwabe tweeted, adding that he will "continue to fight for her to be back in Germany along with her daughter Gönül Örs."

"Hozan Cane was wrongfully in prison. She is a singer who has been politically active with her art. But that is not a crime," he told DPA.

Born in Turkey, Cane fled to Germany in the 1990s — at a time when Turkey was cracking down on its Kurdish population. She sought asylum in Germany after being arrested, tortured and harassed, according to her biography.

Cane is a naturalized German citizen and prior to arrest, she lived in the western German city of Cologne.

Four of six Germans arrested this week have been conditionally released, according to local media. They have been accused of spreading pro-Kurdish propaganda.