As part of a larger case involving Syrians, a German citizen is also suing Bashar Assad's security apparatus. Martin Lautwein says he witnessed abuse and killings of other inmates during his 48 days detained in Damascus. 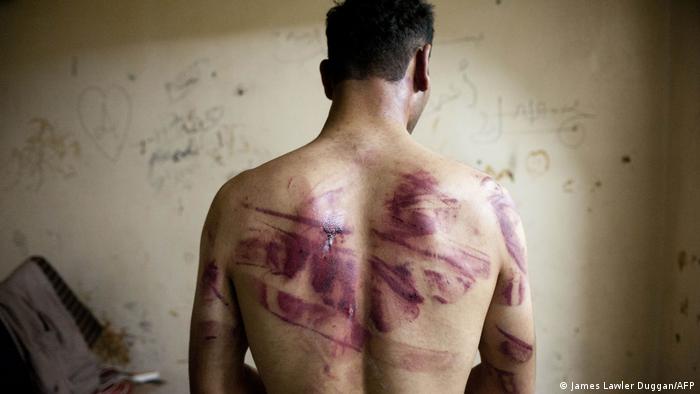 Aid worker Martin Lautwein said only his German passport and Czech diplomatic intervention freed him from Syrian intelligence service brutality in 2018, enabling him and an Australian friend to return home.

"Now, I want to use my privilege to make people in Germany aware of what happens every day in Syria," Lautwein said in remarks published by the European Center for Constitutional and Human Rights (ECCHR) in Berlin Tuesday.

Germany's federal prosecutions office in Karlsruhe said Lautwein's case had been the subject of investigations over the past two years.

The ECCHR said Lautwein had become joint plaintiff to charges filed in 2017 with German federal prosecutors by 13 "torture survivors" from Syria, directed at high-ranking functionaries in Syria's military intelligence services.

Related investigations led last April to the start of a trial in the German city of Koblenz— the first-ever worldwide on state torture in Syria, enabled by a German law enacted in 2002 allowing German courts to investigate international crimes in certain circumstances.

Arrested in Qamishli, a majority Kurdish city in northeastern Syria, in 2018, the ECCHR said Lautwein and the Australian were brought to Branch 235 in Damascus, one of dozens of notorious facilities run by Syrian intelligence.

Lautwein, accused by Syria's regime of spying, possibly because he had contacts with Kurds while delivering what he described as medical aid, said he too was tortured. Over two days he had felt like an "animal."

Because he was not blindfolded, said the ECCHR, Lautwein was later able to give detailed testimony on how others were tortured, raped and killed, citing him as saying: "the [Syrian regime's] aim was to break people with all means possible."

Forty-eight days later, due to mediation by the Czech Republic as the only EU nation still with an embassy in Syria, the two friends were released.

Until now, witnesses had mostly been able to describe crimes up to 2015, said Kroker. Lautwein's testimony showed the same conditions prevailed in Syrian detention until 2018 — and presumably right up to today, he said.

Last week, Human Rights Watch (HRW) said "thousands remain locked away in Syria's secretive detention system, many held from as far back as 2011, and with no hint as to their whereabouts."

The ECCHR said Lautwein's lawsuit and the Koblenz trial were "embedded" in a series of criminal complaints about torture in Syria, filed since 2016 in Germany, Austria, Sweden and Norway, against the regime of President Bashar al-Assad.

In 2015, a senior court in Stuttgart imposed lengthy jail terms on two former Rwandan Hutu militia leaders over massacres of civilians in the eastern Democratic Republic of Congo.

That trial was the first under the 2002 German law derived from a 1998 Rome statute proscribing universal jurisdiction for breaches of international law.