German Jewish groups: German NGOs must fight anti-Semitism if they want public funds | Germany | News and in-depth reporting from Berlin and beyond | DW | 09.07.2018

After several high-profile incidents of anti-Semitic violence, Germany's Jewish community has had enough. They have appealed to the government to institute a kind of anti-Semitism oath for groups seeking public funding. 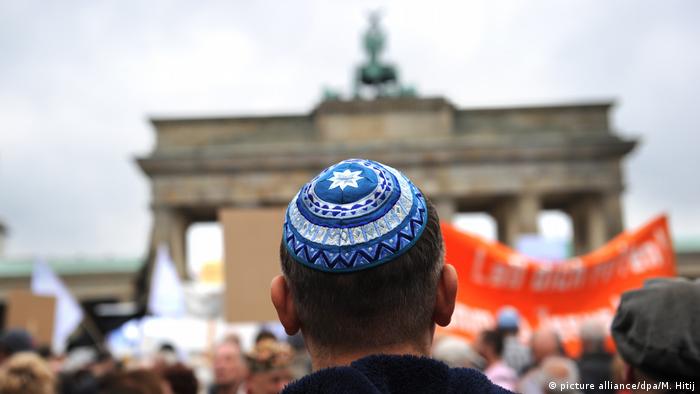 Just last week, a man wearing the Star of David was beaten down and kicked right in the center of Berlin. Some weeks earlier, a similar incident in Germany's capital caused public outrage and sparked a nationwide debate on anti-Semitism when a 19-year-old Syrian attacked and Arab Israeli and his companion with a belt in broad daylight. Both victims wore kippahs (traditional Jewish head coverings) in what was an allegedly anti-Semitic attack.

Call for an oath

Enough is enough, according to more than 30 Jewish organizations and communities, who have now issued an appeal to the German government. In a declaration published on Monday, Germany's Jewish Forum for Democracy and Against Anti-Semitism (JFDA) called on the authorities to crack down harder against anti-Semitic agitation and attacks. The organization is demanding that in the future, public funding for civil and religious groups should be granted only if those groups have publicly distanced themselves from all forms of anti-Semitism — a kind of pro-democracy oath. 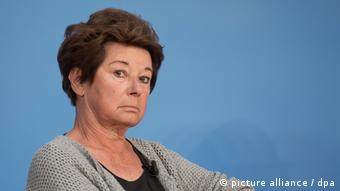 The authors of the declaration stressed that this applies to Muslim organizations as well. Lala Süsskind, chairperson of the JFDA, warned against playing down anti-Semitism among Muslims out of misconceived concern. "Of course, anti-Semitism also exists on the Muslim side," she told DW. Denying that does not prevent the exploitation of Muslim anti-Semitism by the enemies of Islam, but it is detrimental to combating anti-Semitism effectively and makes a mockery of the victims, Süsskind said. The German government should, therefore, examine very carefully which organizations benefited from public funding, she explained, and whether said organizations were, in effect, adhering to Germany's Basic Law, or constitution.

As an example, the JDFA cited the controversial debate surrounding the Berlin Institute for Islamic Theology, which is scheduled to open its doors in 2022 as an affiliate of the city's Humboldt University. It remains a controversial issue to this day how much control should be given to the three representatives of traditional conservative Islamic associations on the institute's advisory board. They include the Central Council of Muslims in Germany, the Islamic Federation and the Islamic Community of Shiite Parishes. These associations are among those which, according to the Jewish organizations' representatives, should make some kind of public commitment to democracy. 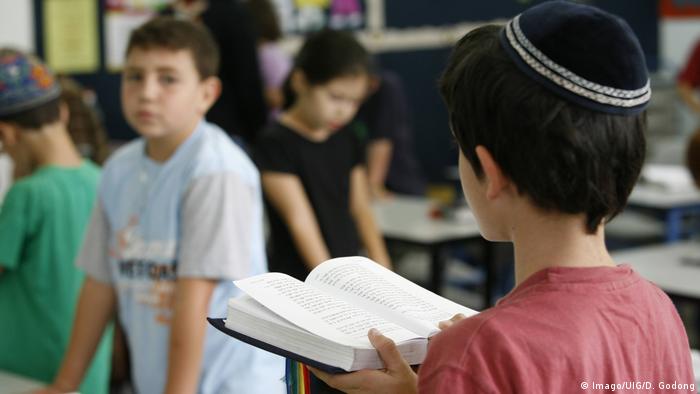 'Committed to this fight'

The president of the Central Council of Muslims in Germany, Aiman Mazyek, does not think of himself as a direct addressee of the Jewish organizations' initiative. "I take note of the appeal, and I believe it's correct and important to highlight painful issues, to make every necessary effort to fight anti-Semitism, and that we remain committed to this fight with all the social power that's available to us," he told DW, adding that was all he could say about the matter. 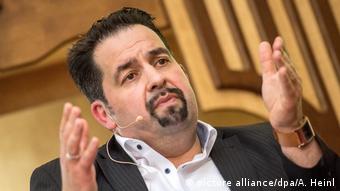 Mazyek says his organization is committed to fighting anti-Semitism

After the interview, Mazyek sent DW a newspaper article detailing how he — as president of the Central Council of Muslims — visited the former Buchenwald concentration camp with a group of Syrian refugees in April. Mazyek's message, which he wants to be understood by DW and by the public, is that his organization is actively campaigning for reconciliation between Muslims and Jews in Germany. He, therefore, said he doesn't care to comment on appeals, pro-democracy oaths or any other such demands.

Süsskind said she found that response regrettable, and that it reminds her of previous dialogue between Jewish and Islamic organizations on the thorny issue of anti-Semitism. "There are few Muslim associations to which you can speak openly," she claimed. What's more, Süsskind added, the appeal was to be explicitly understood as an invitation to all religious groups, political parties and social associations — after all, not only Jewish life in Germany was at stake. "If people are not ready to stand up for their democracy, it goes down the drain," she said. 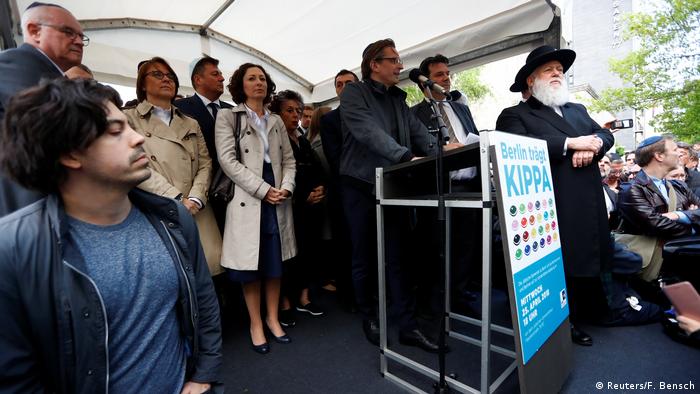 The German government has not yet responded to the appeal issued by the country's Jewish community. Interior Minister Horst Seehofer had already announced on July 6 that the government plans to extend financial support for the Central Council of Jews in Germany. The annual subsidy will rise from €10 million ($11.75 million) to €13 million, both sides confirmed. The reason behind this was, according to Seehofer, the growing threat to Jewish life in Germany. "Those who threaten our Jewish citizens threaten us all," he said.

Read more: Anti-Semitism in German schools to be tackled with anti-bullying commissioners

Süsskind stressed that the social climate has changed considerably with respect to Jews. She said she frequently receives hate mail, including one message that read: "In goes the knife, out goes the knife, the Jew's dead." When she tried to report the authors of those hate messages to the authorities, she was repeatedly informed that they were protected under freedom of speech legislation. In response, Süsskind asked: "Is that really possible?"

'Fear is being promoted by politicians': David Ranan

The California State University system has recognized caste within its nondiscrimination policy. But some faculty oppose the measure over fears that it could prompt discrimination against South Asian students.