German interior minister backs down on criminal complaint against journalist

Horst Seehofer had planned to refer a highly critical newspaper column about German police to the attention of the courts. Instead, he's now asking a press organization to consider the item in question. 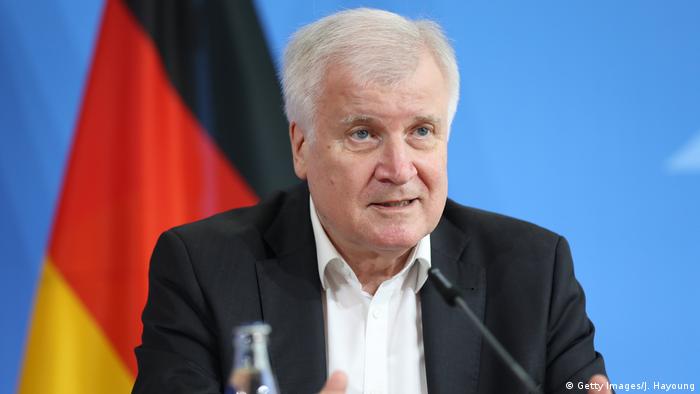 German interior minister Horst Seehofer announced Thursday he would no longer pursue a criminal complaint he planned to file against a journalist who published a column criticizing the police.

Instead, he will ask the German Press Council to deal with the issue as he believes the article in question is "a clear violation of the German press code."

The column by Hengameh Yaghoobirafa and published in German daily Die Tageszeitung (commonly referred to as taz) suggested the police could be "thrown in the garbage" and had the headline "All cops are unfit for work [berufsunfähig]."

Seehofer argued at first that "the column commits criminal offenses by its inhuman language" but had said he would allow prosecutors to determine whether criminal action was necessary.

On Thursday, he instead invited taz editors to meet with him to discuss the column.

Why was the column so controversial?

The article, first published over a week ago, was criticized for the language used to describe the police and the editor-in-chief Barbara Junge issued a statement of regret a few days later.

Seehofer announced the planned criminal charge on Sunday after violence against police in the city of Stuttgart on Saturday night.

He said the satirical column was "written in a contemptuous and degrading language" and did not want people to "get used to the idea that this could be a permissible form of confrontation."

Following protests against racism and police brutality in the wake of the police killing of unarmed black man George Floyd in Minneapolis, many activists are calling for police forces to be defunded. In their column, Yaghoobirafah echoed similar calls in Germany.

Seehofer faced criticism for his heavy-handed approach, although the column was also broadly deemed excessive in tone. One newspaper column defended taz by concluding that press freedom should even protect bad journalism.