After a German daily published a satirical article suggesting police should be thrown in a landfill, the interior minister said he will file a criminal complaint. 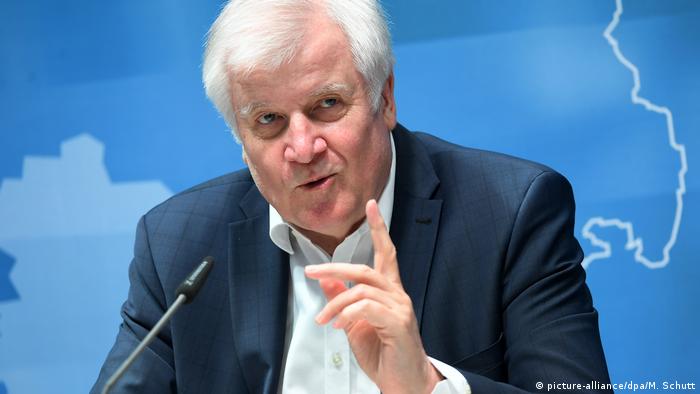 German Interior Minister Horst Seehofer announced Sunday that he will launch a criminal complaint into the daily newspaper Tageszeitung (commonly referred to as taz) after it published a column criticizing the police.

Seehofer cited the anti-police violence in Stuttgart on Saturday night as an example of why such rhetoric should be cracked down on.

"Tomorrow I will register a criminal complaint as interior minister against the columnist because of the unspeakable article in taz about the police," he told German newspaper Bild am Sonntag.

Seehofer is a member of the CSU, the Bavarian sister party of Chancellor Angela Merkel's conservative Christian Democrats.

The article in question was published on June 15 with the headline "All cops are berufsunfähig (incapable of working)" — a play on a slogan used by groups protesting police violence — by columnist Hengameh Yaghoobirafah.

The article discussed the argument for abolition of the police and suggested that, since they are "trash people," they instead could be "thrown in the landfill."

Taz editor-in-chief Barbara Junge issued a statement of regret for the column later in the week after it received a number of complaints. She described it as "satirical."

Why was the article published?

As protests swept the world following the police killing of unarmed black man George Floyd in Minneapolis, many activists are calling for police forces to be defunded. In their column, Yaghoobirafah echoed similar calls in Germany.

The incident in Stuttgart on Saturday night appears to have begun when the police instigated a drug check and were then attacked by up to 500 people. No motive has yet been officially announced.

Seehofer is expected to make a formal announcement on Monday.

Black people make up a much greater proportion of the US prison population than whites. This is down to more than a century of systemic legal injustices — racist policing practices are just one part of the problem. (20.06.2020)

The EU has voted to denounce racism and police brutality both within the bloc and the US in a new resolution, adopting the slogan "Black Lives Matter." The resolution also condemns the "appalling death of George Floyd." (19.06.2020)