German industry warns against tighter sanctions | Germany | News and in-depth reporting from Berlin and beyond | DW | 23.07.2014

The EU's discussion about expanding its sanctions against Russia is alarming parts of Germany's business community. Industry associations are expressing fears of a serious slump in the country's exports. 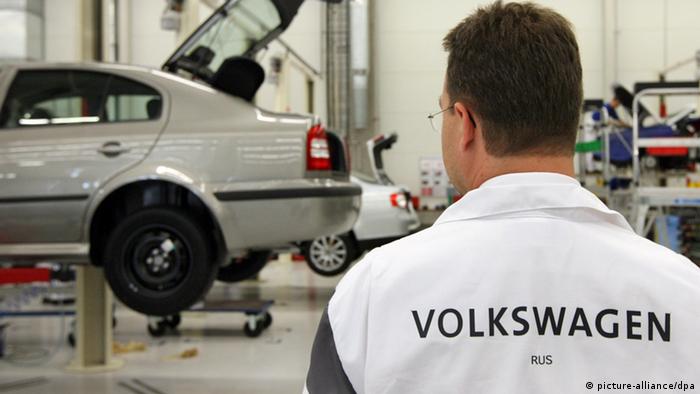 Taking a decisive stand against Moscow while protecting economic interests - that's the challenge facing European governments after the MH17 plane was shot down. The US, for some time, has been calling upon the EU to undertake more drastic measures toward the Kremlin. However, interest groups representing various industries are warning of unforeseeable effects should tighter sanctions be implemented.

"Every third job in Germany depends on exports. If we interrupt German-Russian trade, then we have 300,000 jobs that are affected by this trade," says Volker Treier, deputy head of the Association of German Chambers of Commerce and Industry (DIHK). "There are many companies that have made enormous investments in Russia. Do they now have to pay for a political conflict? As a spokesman for industry, I have my doubts, and we have to articulate these doubts." 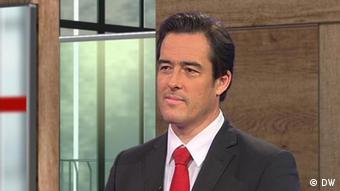 Volker Treier: German politicians must defend their course of action if sanctions go ahead

Treier adds that he believes the existing sanctions, which have largely been seen as restrained in scope by the public, have already had a significant effect on business. "In the first five months of the year, we had a 13-percent drop in exports to Russia," he explains.

As such, the trade representative warns that Russia is now looking increasingly to partners in other regions of the world for doing business. "We know - in light of experiences reported by Germany's foreign chambers of commerce - that Russian business partners are particularly looking around in China," Treier says.

Even though he claims Chinese companies generally cannot deliver the same quality as their German counterparts, new trade deals are emerging between Russia and China.

Dangers for small and mid-sized business 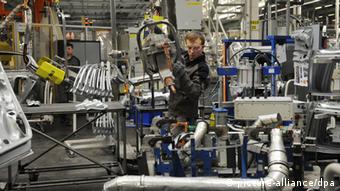 Big German companies, such as Volkswagen, also manufacture in Russia

Germany's smaller businesses have also spoken out against tougher sanctions against Russia. "There would only be losers when it comes to an economic battle with Russia," said the president of the German Association for Small and Medium-sized Businesses (BVMW), Mario Ohoven. "An embargo or similar compulsory measures toward Russia would hit our export-oriented mid-sized businesses above all."

Ohoven says the majority of the approximately 6,300 German companies that are active on the Russian market are small and mid-sized enterprises. He adds that 98 percent of the 350,000 German exporters are mid-sized companies, and one in four of them would feel the effects of economic sanctions.

German industry is putting significant pressure on the federal government to show restraint in its implementation of sanctions. The EU's foreign ministers agreed Tuesday (22.07) in Brussels that the European Commission would present suggestions on sanctions by Thursday - including which persons or companies would face the economic penalties. 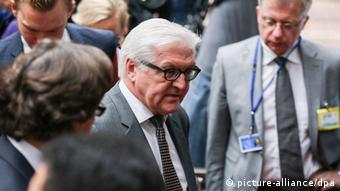 German Foreign Minister Frank-Walter Steinmeier had called for the EU to undertake "sharper measures" ahead of the meeting Tuesday.

The EU, he said, has constantly pursued a dialogue and a de-escalation of the situation in Ukraine. "However, Russia has not lived up to its commitments to a sufficient extent," the foreign minister criticized. "We must and will draw our conclusions from that fact."

Steinmeier, however, has yet to go into specifics concerning planned sanctions.

Should the EU at some point decide to implement sanctions affecting entire business sectors, there are fears within German industry of how Russia might respond.

"We would then provoke extreme retaliatory measures and work our way into a spiral of sanctions," Treier says. "The politicians have to explain to the public and to businesses how things are supposed to continue here in Germany."

After all, Treier adds, Germany depends heavily on imported gas from Russia. "This question has to be addressed."

The EU's foreign ministers have met to discuss new sanctions on Russia following the destruction of the MH17 passenger plane. Only the Netherlands - of all nations - has been delaying proceedings. (22.07.2014)

The EU has threatened to impose tougher sanctions on Russia. The new measures could further damage Russia's economy following the downing of a Malaysian airliner in Ukraine. (22.07.2014)

Bodies recovered from the downed Malaysian flight MH17 will next head to the Netherlands for identification. A first train carrying passengers' remains has arrived in the Ukrainian city of Kharkiv. (22.07.2014)