Marco Sturm led the German national ice hockey team during its incredible second-place finish at the Winter Olympic Games in Pyeongchang 2018. Sturm will now be the Assistant Coach of the struggling LA Kings in the USA. 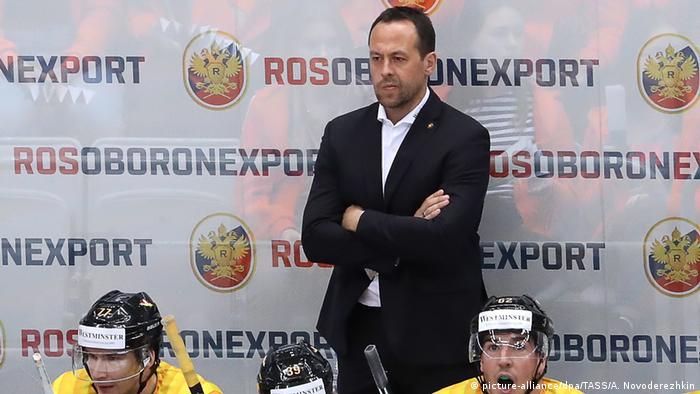 Coach and general manager of the German Ice Hockey Federation (DEB), Marco Sturm, resigned from his post on Sunday, having accepted an offer to become Assistant Coach of the Los Angeles Kings in the US National Hockey League (NHL).

Sturm had been national coach since 2015. Under his leadership, the German national hockey team won the silver medal at the Winter Olympic Games in Pyeongchang 2018. The underdog feat put German hockey on the map and lit up the hopes of fans of the game nationwide.

Despite finding success in his tenure at home, the 40-year-old had always had a return to the US on his mind. His ties to the NHL are deep, as he played some 938 games in the league, with a brief stint for the LA Kings in the 2010/11 season.

"The timing of the offer was also surprising for me. But the NHL has always been my goal, even as a coach, so it's a dream come true for me," Sturm said. "I'm nothing but grateful to DEB for making this step possible," he said, adding that he was also grateful that DEB gave him the opportunity to get his start in coaching. 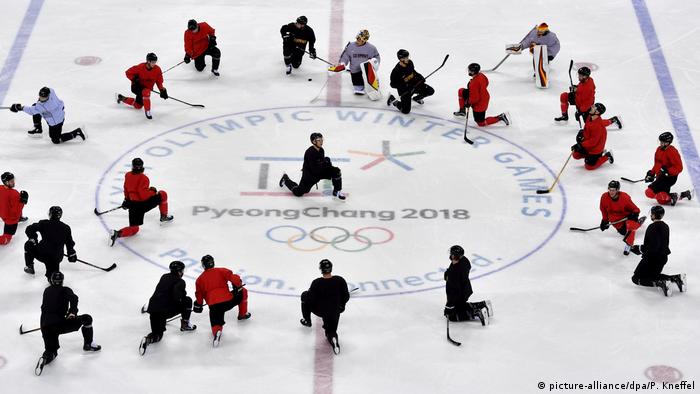 Marco Sturm and the German team training at the Olympics

DEB President Franz Reindl told the SID news agency that the organization understood Sturm's decision and that a German coach in the NHL was also a plus for the country's hockey program.

"We have always said that we will not put any obstacles in his way," Reindl said.

Sturm is joining the NHL in the midst of troubled times for the Los Angeles Kings and following the sacking of head coach John Stevens and assistant coach Don Nachbaur.

The team are currently last in the overall NHL standings after a 4-8-1 start and last in the league with 2.15 goals per game.

Read more: Germany's Marco Sturm: 'We really need to forget about the Olympics'

Adding to the dismal record, the Kings have been outscored 45-28 and held a six-game losing streak until recently. Among the team's struggles are a top-heavy roster of well-paid veterans, inconsistent depth players and a patchy defense.

Sturm will spend one more week coaching Germany in the Deutschland Cup before reporting to Los Angeles.

Germany have delivered the biggest win in the country's ice hockey history, beating defending champions Canada to advance to the Olympic gold medal game. Neither the team nor the country can quite believe it. (23.02.2018)

Christian Ehrhoff has hung up his skates after the Cologne Sharks were eliminated from the playoffs in Germany's top ice hockey league. He played for nine teams in three countries over his 19-year career. (26.03.2018)

Germany are heading home from the ice hockey worlds in Denmark in eleventh place after a disappointing tournament. There was to be no repeat of Pyeongchang's Olympic heroics for coach Marco Sturm's team. (15.05.2018)