German Health Minister Hermann Gröhe (CDU) has opened the seventh World Health Summit in Berlin. The effects of the refugee crisis on health services is at the top of this year's agenda. 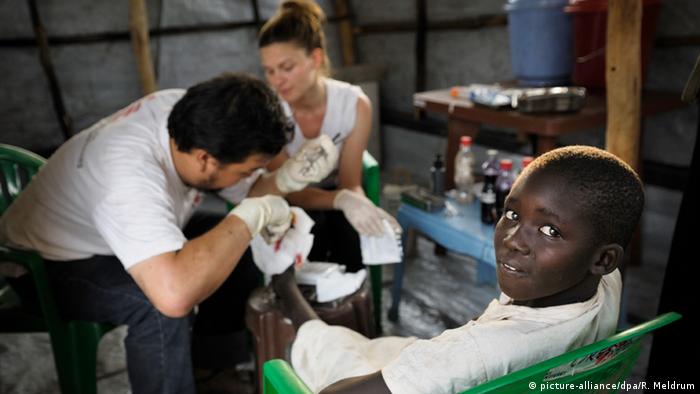 Around 1,400 scientists, politicians, representatives of civil society and business will gather in the German capital during the three day conference to discuss global health issues.

Opening the summit on Sunday, Gröhe said that Germany was prepared to take responsibility in the current refugee crisis but that "every country must help." The health minister also made reference to the German government's plans to enlist the help of doctors among asylum seekers and to provide more help for traumatized people.

Director General of the World Health Organization (WHO), Margaret Chan, said migration and poverty were among the greatest challenges currently facing global health care. The quick-spreading resistance to antibiotics was also a growing problem, she said.

The health consequences of climate change will also be addressed in preparation for the United Nations Climate Change Conference in Paris in December.

Ahead of the conference on Sunday President Detlev Ganten said that health services were not prepared for the challenges which have come with the refugee crisis.

He added, however, that it had been "foreseeable" that refugees coming to Europe would not remain in Italy or Greece but would instead want to travel further to other countries want.

The German health minister also addressed the Ebola epidemic on Sunday, a subject which was at the center of last year's conference.

"The epidemic has dramatically shown that the world is not adequately prepared for health crises of this scale," Gröhe said, adding that robust health services are the key prerequisite to cope with such outbreaks.

It was with this in mind that the G7 health ministers last week pledged more aid to the countries affected by the Ebola epidemic.

There are an increasing number of bacteria immune to regular drugs. G7 nations have now agreed on several measures they hope will contain antibiotic resistance. (09.10.2015)