Chancellor Angela Merkel put health care reform at the top of her government's agenda. But the reform plan she's released has been roundly condemned and even brought thousands of protesters out onto the streets. 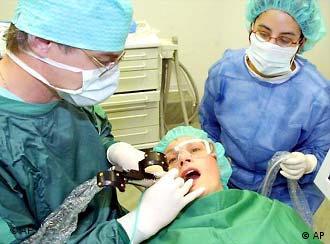 Germany has one of the best health care systems in the world, but experts have said for years that it won't stay that way unless it is substantially reformed. The system faces a massive budget shortfall, largely due to a financing structure that no longer works in today's Germany due to rising costs, low birth rates and stubbornly high unemployment.

A reform plan hammered out by Merkel's coalition government of left-of-center Social Democrats and conservative Christian Democrats was released last month to the public and immediately was subjected to scathing criticism by everyone from health care providers, unions and analysts to business leaders and even parts of Merkel's own government.

It brought health care employees onto the streets, protesting at what they fear will be huge job losses, and sparked a highly visible feud between the heads of public health insurance companies and German Health Minister Ulla Schmidt, who has threatened to use legal means to punish those companies if they use patients' health care contributions to fund a campaign critical of the government's plan.

The whole thing has left most members of the public shaking their heads, unsure of what the changes mean or if the high-quality health care to which they've become accustomed is terminally ill.

Germany's health care system consists of 252 public health insurance companies, which cover almost 90 percent of the population, about 73 million people. The other 10 percent – mostly high earners and the self-employed -- are covered by private insurance plans. 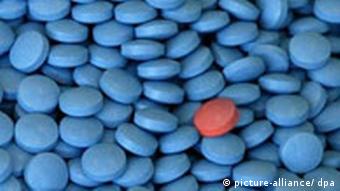 There's no magic pill to make it all better, unfortunately

The system is funded by contributions from employers and employees, who pay just under 14 percent of their salaries into it. Still, next year, there will be an expected shortfall of 7 billion euros($9 billion).

"There have to be difference sources of revenue. We've basically said the financing basis has to be broadened," said Barbara Marnach, deputy spokesman of the AOK public health plan, one of Germany's largest, which began lobbying hard as politicians took up the health care reform issue seriously in the spring.

July saw the end of months of haggling over how to fill up quickly draining health care coffers, and several competing plans were put forward. There was talk of introducing a flat health insurance fee, doing away with private plans to bring the well-off – and their money -- back into the public fold, raising taxes or increasing employee contribution rates.

Everyone agreed something had to be done; no one could agree what that something was. All the proposals were potential political minefields.

Instead of raising taxes, which proved politically impossible due to an already scheduled increase in value-added tax in 2007, the reform plan will ask that employer/employee contributions be increased by 0.5 percent next year. 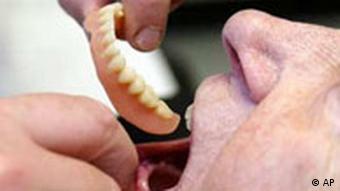 A new "health fund" will be introduced in 2008 into which those contributions will be paid, sweetened with some tax revenues (1.5 billion euros in 2008) from the federal government, mainly to cover health insurance for children. The fund will pay out a flat fee, set by the government, for every insured person to the public insurance companies. Previously, individual health plans have collected workers' contributions on their own.

Merkel called it a "breakthrough" and Health Minister Schmidt has said it will reduce bureaucracy, boost competition and cut cost in a system which swallows around 140 billion euros ($179 billion) a year and employs 4.2 million people.

But others are calling it by different names -- "wasteful", for example, saying the plan does little to cure the system's ailments in the long term. Instead of cutting bureaucracy, it creates a whole new one, said AOK's Marnach.

"And that means now new organizations and procedures will have to be created, which brings with it more costs," she said. "The simple question is, what good is it going to do?" 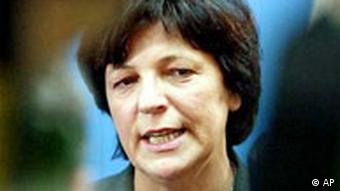 Public insurers argue the reform plan runs counter to the goals set out by the government, since it will put more power in the government's hands and give public insurance companies less ability to compete.

"We haven't gotten more authority to act on the free market, rather this reform leads to further socialization. It will simply be less efficient," said Marnach.

Some say the proposed reforms are a decent start, given the monumental nature of the task, although they are few. Sophia Schlette, head of health care policy for the Bertelsmann Foundation, says the fears of creating a lumbering new bureaucracy are overblown.

"The countries that do better when it comes to costs and various health care indicators are interestingly enough those country that have what here is being described as the horror scenario of the single health fund system," she told German public radio.

It also has some of those four million health insurance company employees worried about their jobs. Last week, 21,000 of them took to the streets in five cities demanding that the government rethink its reform plan, which according to Marnach, could lead to a loss of some 25,000 jobs.

If not this reform, which?

The reform plan's vocal critics claim they are not just complaining about change and fully agree that reform is needed -- just not this jumble of reforms that no one, not even members of the coalition government, seem particularly happy about. 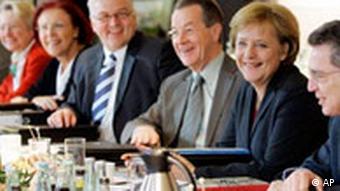 Competing interests and political moves to keep the governing coalition from collapsing in a health care fight are both to blame for the watered-down compromise that was put forward, according to Herbert Weisbrod-Frey, head of the health care policy department at the ver.di service union.

"This is causing lots of problems, because this reform is all about political decisions, not decisions that were based on what actual health care experts had to say."

German Health System Not Quite in Intensive Care

Going by media reports and public opinion in Germany, one might think the country's health care system is sclerotic and near collapse. But international comparisons and health-care experts paint a different picture. (April 21, 2006)

One of Angela Merkel's most important reform projects comes under the microscope on Wednesday: Will Germany's two major parties move closer on health-care reform? (March 29, 2006)

A raging debate about assisted suicide in Germany has drawn attention to the generally poor care that the terminally ill receive. (Oct. 27, 2005)