The most controversial issue at the Greens party conference was whether Germany should introduce a wealth tax. The party answered in the affirmative - after hours-long debates. Nina Werkhäuser reports from Münster. 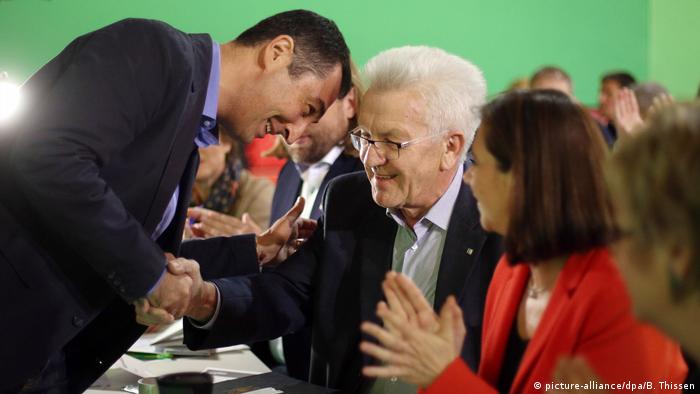 Assets are taxed far lower in Germany than in other industrialized countries, Greens politician Jürgen Trittin said during the national party conference in Münster. It is therefore time to ask the "super rich" for a higher contribution to public revenues. A wealth tax should be "constitutional, productive and feasible," according to the proposal that conference delegates adopted following hours of debate. However, what defines "super rich" remains an open question. The conference also agreed on a green light for an "easy and fair" inheritance tax.

A matter of fairness

The gap between the rich and the poor is wide in Germany. For the Greens, it is a matter of fairness that the state tries to narrow it. Billions will be needed for the fight against child poverty and for the construction of affordable housing in major metropolitan areas. Party delegates were split on where that money should come from - a wealth tax or another source. The Greens do not want to be viewed as the party of higher taxes, nor to be seen as paying mere lip service to the idea of social cohesion. This resulted in no fewer than five proposals being put to a vote during the conference. 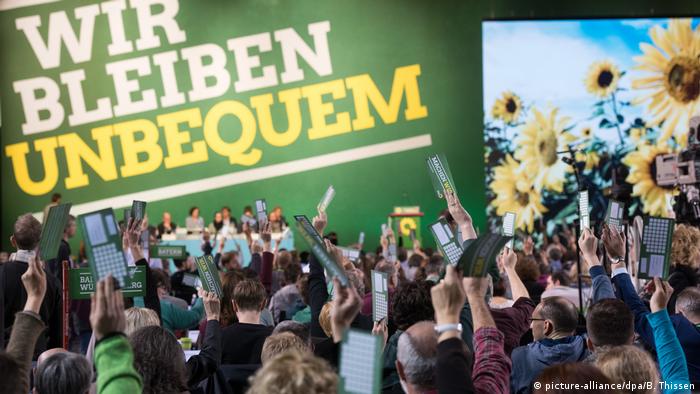 Those opposed to a wealth tax suggested it would weaken the middle class. Winfried Kretschmann, state premier of Baden-Württemberg, received strong applause for his speech against such a tax. He stated that he would not accept family businesses in his state to be burdened by higher tax liability.

If industrialized countries, such as the US following Donald Trump's victory, opted for a national orientation of their economy, German small- and medium-sized businesses would need their reserve funds more than ever before, Kretschmann stressed. The state should not go after these savings.

Instead, preventing large international corporations from avoiding taxes would "bring in billions," he said.

MP Ekin Deligöz argued similarly. Furthermore, there were 330 billion euros available to the federal government in 2017, she stated, which made it "not a matter of resources, but of the courage to spend the money on the right priorities." A rigorous campaign against tax evasion would bring far more money into state coffers than a wealth tax, critics of this tax proposal said, but they did not prevail in the six-hour debate.

Greens Chair Simone Peter is in favor of a wealth tax. Germany has seen a "redistribution from the bottom up" in the last years, she said. Manager salaries have gone up while capital and inheritance taxes have gone down. This "subsidy program for the rich and super rich" must be countered by a wealth tax, which last existed in Germany in the mid-1990s.

The proposal agreed on lacks concrete numbers, both in terms of tax rates and a threshold from which point a tax would be triggered. It states only that jobs should be preserved and business assets spared, which was the minimum party delegates could come together on.