A German fund charged with paying Nazi-era forced laborers compensation for their suffering, has finished its last payments after six years. 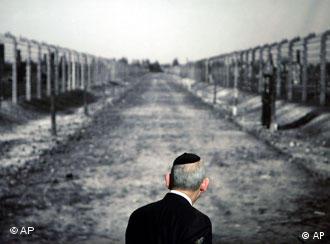 Auschwitz had millions of slave laborers

Nearly 1.7 million people forced to work for the Nazis during World War II have received more than 4 billion euros ($6 billion) in compensation, according to the foundation running the program.

Some were shipped to Nazi concentration camps such as Auschwitz in which they were forced to work in rough conditions. Many were forced to take part in sadistic medical experiments which have left their mark six decades later. Still others saw family members killed in front of them, surviving by chance.

It was these victims of the Nazis forced labor program that a special fund set up six years ago tried to help. And six years and 1.7 million victims later, the fund sent out its last checks on Dec. 31.

"This isn't just about money," Günter Saathoff, director of the Remembrance, Responsibility and Future foundation that administers the fund, told the Associated Press. "It's much more about morality: These payments are one way that Germany recognizes the wrongs inflicted on its victims."

The fund was created by legislation passed by the German government in 2000 after years of debate. It started processing claims the following year. The fund was endowed with 5.1 billion euros ($6.7 billion), with the money coming equally from both the German government and companies such as Volkswagen, DaimlerChrysler, Bayer and Deutsche Bank, who profited from forced labor during the war. 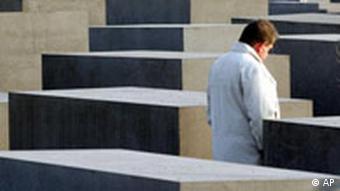 A view of the Holocaust memorial in Berlin

The fund also compensated victims who currently live around Europe including the former Soviet Union, Israel and the US. The largest group of recipients are non-Jews in Poland and the Ukraine, who survived the war as most Jews did not.

Saathoff said that 1.7 million victims or their descendants had received a total of 4.4 billion euros in the past six years.The remaining money will go to helping other victims or other humanitarian projects, he added.

Although the money was intended to atone for Nazi cruelty and help its victims, recipients often said that while they were grateful for the funds, they weren't enough. 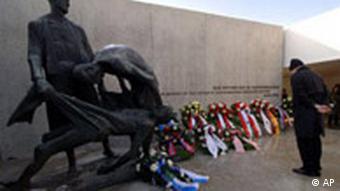 Polish victim, Jerzy Kowalewski, 83, was given 15,000 euros to compensate for his treatment at the hands of the Nazis: he was brutally beaten, forced to work at Auschwitz and the subject of medical experiments.

Kowalewski uses the money to help pay for medical treatments for his adult son who has illnesses he attributes to the medical experiments done on himself at Auschwitz. And he says that the money is insufficient.

"I am thankful for what I got," Kowalewski told the Associated Press. "But Germany is rich - richer than us - and I think people who underwent pseudo-medical experiments should be getting payments until the end of their lives."

Austria will at last begin handing out its final compensation payments to Jewish survivors of the Holocaust this month, 60 years after the end of World War II, thanks to a recent concluding legal arrangement in the US. (11.12.2005)

Some 60 years after the horrors of slavery under the Third Reich, 1.6 million former forced laborers have received compensation. While the struggle for payment has now come to an end, the grief and suffering lingers. (27.10.2005)

Berlin will open Germany's first tribute to victims of the Nazi regime's forced labor program in 2006. The memorial will commemorate the hundreds of thousands of people who worked against their will during World War II. (12.07.2005)