Holocaust Survivors in Austria to Finally Receive Compensation | Europe| News and current affairs from around the continent | DW | 11.12.2005

Austria will at last begin handing out its final compensation payments to Jewish survivors of the Holocaust this month, 60 years after the end of World War II, thanks to a recent concluding legal arrangement in the US. 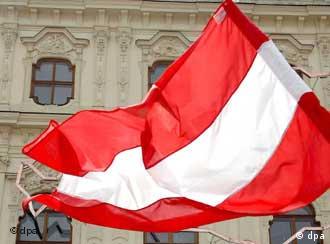 The Austrian government will oversee the compensation payments to survivors

"We have reached legal security," meaning it will not be possible in the future to sue the Austrian state for individual compensation, Schüssel said, after meeting President George W. Bush at the White House.

A lawsuit demanding compensation from Austria for Jews whose property was seized by Nazis has been withdrawn, after the last 25 plaintiffs in the case each signed a statement to that effect, their lawyer Jay Fialkoff said.

Last month, a federal appeals court in New York dismissed the suit, acknowledging an argument from Austria that it could not be subject to a ruling by a foreign court. US government lawyers also argued that the suit ran counter to Washington's foreign policy interests.

The parliament in Vienna gave the green light to the payments in November; as soon as a guarantee was given there would be no more legal battles. 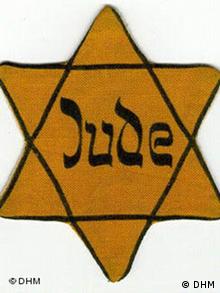 Thousands of Austrian Jews were forced into labor camps and the property stolen.

Over 20,000 Austrian Jews whose property was stolen by the Nazis between 1938 (when Hitler's Germany annexed Austria) and the end of the war in 1945, will now share the 210 million dollars made available by the state, the city of Vienna, banks and insurance companies.

Agreements to that end were made in 2000 and 2001 between Vienna and the Jewish community but Austria refused to implement them for lack of "legal security."

Until 2000 Austria, which saw itself as the first victim of the Nazis thanks to an Allied agreement describing it as such, had never paid any compensation to Jewish victims, unlike Germany.

But after the "Waldheim affair" -- named after Austria's late president Kurt Waldheim (1986-1992) who was accused of hiding his activities with the Wehrmacht, the German army -- Austria was strongly criticized and accused of hiding its past. Vienna reacted by initiating compensation payments in 2000.

The "national fund" which handles the distribution of financial means to the victims regretted that "some passed away before they could receive their due". 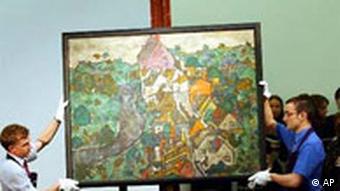 Artworks stolen from Austrian Jews will be returned to survivors and relatives.

The restitution of buildings, houses and works of art which are still today public property, as well as the reconstruction in Vienna of the pre-war Jewish sports club, Hakoah, are also planned.

Austria's Jews have as a community already received 9 million euros (10.6 million dollars) in compensation for synagogues and buildings destroyed by the Nazis, and are expected to receive a similar sum again soon.

The Jewish community in Austria was one of the most thriving in central and Eastern Europe in the inter-war period, with intellectuals such as Sigmund Freud and writers such as Arthur Schnitzler and Stefan Zweig. Over 200,000 Jews lived in Austria in 1938. Of those, 65,000 died at the hand of the Nazis.

Today's Jewish community only has about 10,000 members left.

Final compensation will be third phase of payments 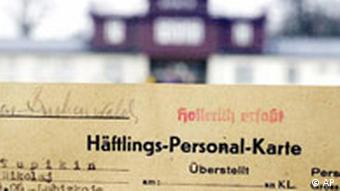 Survivors of the slave labor camps have been compensated.

The Austrian daily Der Standard in a recent editorial referred to "the bitter realization that one cannot make up for injustices of this nature with money and that all this (about 10,000 euros or 11,800 dollars per person) is much too little."

The International Organization for Migration has just completed final compensation payments to more than 80,000 survivors of slave and forced labor under the Nazis in World War II. (July 11, 2006)

Polish Prime Minister Marek Belka will visit the German capital on Monday seeking a joint declaration on the sensitive issue of demands for compensation for the Nazi occupation of Poland in World War II. (Sept. 27, 2004)