A student group at the University of Heidelberg has been accused of verbally and physically abusing a Jewish party guest. Police are also investigating individuals from other universities who were present at the party. 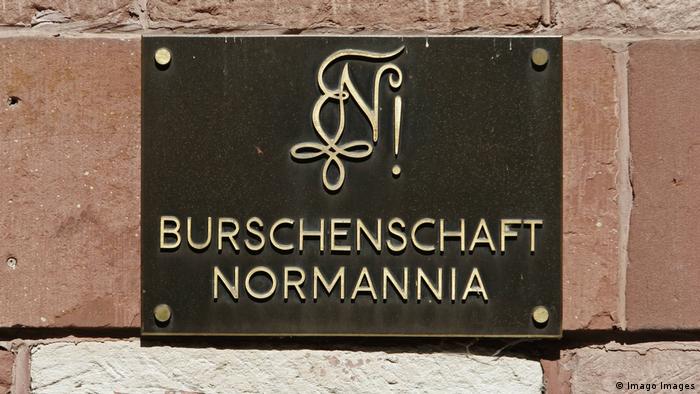 Police in the southern German city of Heidelberg are investigating alleged anti-Semitic crimes that took place at a university student party. State prosecutors from Mannheim said the charges stem from events at a party hosted by the Burschenschaft Normannia Heidelberg fraternity on August 29.

Prosecutors said Tuesday that seven men and one woman faced charges of libel and inflicting bodily harm. In all, 27 people attended the party. Authorities in the states of Saarland and North Rhine-Westphalia are also looking into the incident as individuals from each were also in attendance.

The accuser, a 25-year-old student who is a member of a different fraternity, claims that when it became known that he was of Jewish ancestry he became the target of anti-Semitic insults and then pelted with coins as well as beaten on his back and legs with belts. He filed charges that night.

Police and prosecutors are now trying to ascertain whether the incident had underlying anti-Semitic motives or was part of a fraternity ritual known as "belting."

"We are taking this case very seriously and have devoted a lot of personnel to finding out what happened since first hearing about it," said Christopher Weselek of the Mannheim Police Department. Authorities said police secured a large amount of evidence from the fraternity house in the wake of the event.

German and Austrian fraternities, called Burschenschaften, are known for their nationalist leanings. Observers say the Heidelberg chapter of Normannia is on the far right of the political spectrum.

Normannia's national website featured a full page statement announcing the disbanding of current membership of the Heidelberg chapter and a message that it will not accept anti-Semitic sentiment among its members.