German foreign minister under fire after Libya U-turn | Germany| News and in-depth reporting from Berlin and beyond | DW | 28.08.2011

Germany's Free Democratic Party have denied they are trying to oust foreign minister and party member Guido Westerwelle. The foreign minster has faced widespread criticism for his U-turn on NATO intervention in Libya. 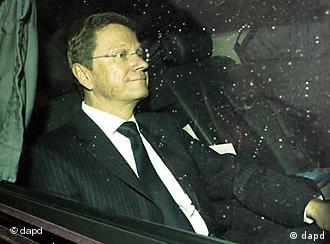 Guido Westerwelle has survived another day as foreign minister 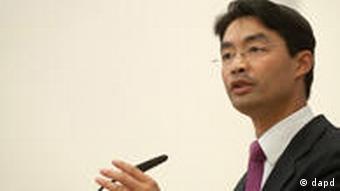 Rösler was the first of Merkel's team to explicitly praise NATO

In the Sunday newspaper Welt am Sonntag, Westerwelle offered long-awaited praise for the "help provided by the international military mission."

He had previously come under fire for preferring instead to credit Germany's support of UN economic sanctions for assisting the Libyan revolution.

FDP leader, Vice Chancellor and Economy Minister Philipp Rösler, confirmed that he had strongly urged the foreign minister to recognize the positive impact of military intervention.

Rösler himself became the first member of Merkel's center-right coalition to explicitly praise NATO on Friday.

Standing on the sidelines

Berlin opted to abstain from a UN resolution in March to initiate a no fly-zone in Libya, shocking NATO allies Britain, France and the US.