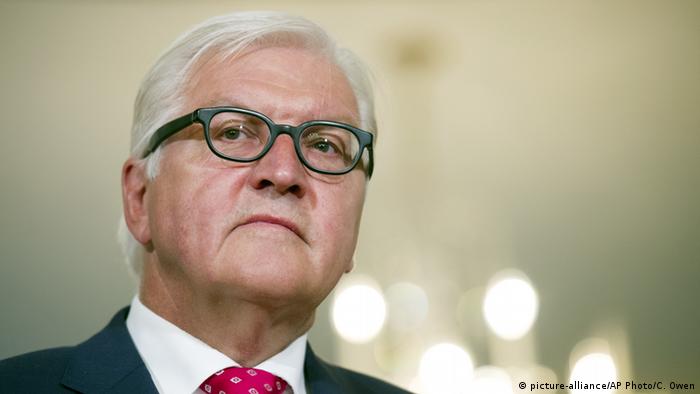 Right-wing populists in various countries are united by one thing, said German Foreign Minister Frank-Walter Steinmeier on Thursday. "They make politics with fear."

Steinmeier added the same applies to Germany's own nationalist Alternative for Germany (AfD) party, supporters of Britain's exit from the EU and to "the hate preachers, like Donald Trump at the moment in the USA."

A member of the center-left Social Democratic Party (SPD), the junior party in Germany's governing coalition, Steinmeier has long been a vocal critic of Trump. 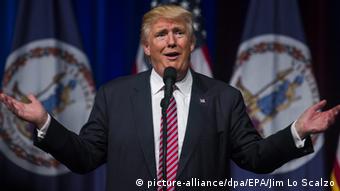 Trump has been condemned for his often divisive rhetoric

His comments follow those of French President Francois Hollande and others in the US condemning Trump for his often divisive rhetoric.

Some leading members in Trump's own Republican Party have even voiced concern a Trump victory could further divide an already divided party.

"There is virtually no basis for discussions at the moment," he said, given Turkey's perception that Germany had not taken the coup attempt seriously and Germany's concerns about subsequent mass arrests and dismissals in Turkey.

Steinmeier said reinstatement of the death penalty in Turkey would prevent its entry into the EU, but warned against prematurely halting discussions with Ankara.

The nativist One Nation party has gained seats in Australia's Senate. Its four newly elected senators will give the rightist fringe party of Pauline Hanson unprecedented influence in the closely divided upper house. (04.08.2016)

Libertarian presidential candidate Gary Johnson has been given more time to present his message on US television. The latest opinion poll gives him a 12-percent following. (04.08.2016)