German finance minister warns markets not to bet against euro | Business| Economy and finance news from a German perspective | DW | 12.12.2010

German finance minister warns markets not to bet against euro

German Finance Minister Wolfgang Schaeuble has said the euro will not fail ahead of crucial talks this week. Schaeuble warned speculators not to underestimate the determination of EU states to defend the common currency. 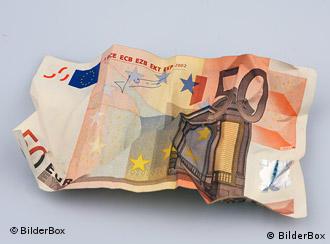 Schaeuble said the EU would iron out the euro problems

German Finance Minister Wolfgang Schaeuble issued a warning on Sunday to financial markets that it would be a mistake to bet against the euro.

Addressing speculation that debt crises in Europe could bring down the currency, Schaeuble said European Union member states were committed to defending the euro.

"Whoever bets his money against the euro will not succeed," Schaeuble told the German Sunday newspaper Bild am Sonntag this weekend.

The comments came ahead of a meeting of EU leaders in Brussels on Thursday and Friday, where discussions on a permanent crisis fund for the eurozone are set to take place.

"The euro will not fail," said Schaeuble. "All those in charge in Europe are agreed, the euro brings us all advantages. Therefore we will successfully defend it."

Schaeuble said Germany would not abandon the euro because of the benefits of the currency, which is shared by 16 European nations, to the country's export machine.

"Without the euro we would experience an appreciation of our own currency with negative consequences for exports," said the minister. 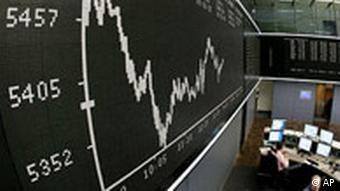 Schaeuble also hinted that there might be a greater degree of political cohesion within the European Union in the future.

"In 10 years' time we will have a structure which corresponds far more to what one would call a political union," Schaeuble told the paper.

He pointed out that when the common euro currency was introduced, the idea that the currency union could only work in combination with political union had been met with resistance within the EU.

"The basic decision was that finance and budget policies are to be set nationally. If that is to change, we can talk about it," the minister said.

Schaeuble also rejected suggestions that the debt crises of Greece and Ireland would spread across the eurozone.

"There will be no domino effect, because we will defend the common currency," he said adding that to expel some countries from the euro could precipitate a financial crisis of its own.

In an interview with German public broadcaster ARD on Sunday, Schaeuble criticized speculation that Portugal and Spain may require a bailout.

"I am opposed to all this sort of speculation," he said, when asked whether the two eurozone members would seek financial aid before the end of the year. However, he did not deny that such action would be required. 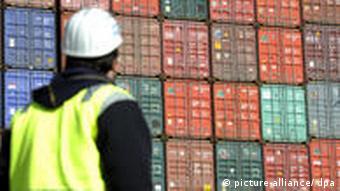 Eurozone nations Ireland and Greece have already accepted emergency rescue funds, and Portugal has been expected to follow as borrowing costs there have risen dangerously high.

Schaeuble also dismissed the suggestion that the eurozone would need to increase its emergency fund.

"To save Ireland, we did not even use 10 percent of the resources at our disposal," he said.

"That is why we do not need to speculate on the need to increase this fund or not."

Schaeuble said on Friday that European financial turmoil would bring the 27-member EU closer together.

"All European countries are determined to keep this European currency stable and we have the means to do it," he said in an interview published in the online edition of the Wall Street Journal. "Sometimes it takes crises so that Europe moves forward. In this crisis, Europe will find steps toward further unification."

An ARD survey published on Friday found that 60 percent of Germans wanted to keep the euro.

EU divided over euro bonds, no increase in bailout funds

There was no agreement on plans for joint euro bonds at a meeting of the eurozone finance ministers in Brussels on Monday, where the eurogroup decided against any increase in the rescue fund for debt-saddled countries. (06.12.2010)

Euro is 'credible,' not in crisis: Trichet

ECB president Jean-Claude Trichet has moved to calm jittery financial markets by calling the euro 'credible' and agreeing to continue the bank's emergency bond-buying program to prop the struggling eurozone. (03.12.2010)