Merkel and Sarkozy pledge to protect the euro | Europe| News and current affairs from around the continent | DW | 10.12.2010

As German troops officially took up their first symbolic post on French soil since WWII, French President Nicolas Sarkozy and Chancellor Angela Merkel reaffirmed their commitment to the eurozone. 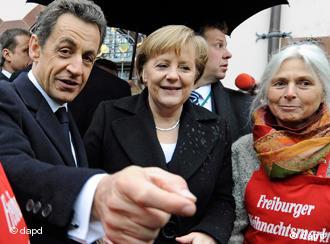 Chancellor Angela Merkel and French President Nicolas Sarkozy reaffirmed their commitment to the single European currency and to the fiscal solvency of the eurozone at a meeting in the German city of Freiburg on Friday.

"There is a spirit that is uniting us all," the German chancellor told reporters during a break in the talks. "If the euro fails, the European Union fails, too."

President Sarkozy, meanwhile, pledged that Germany and France "will defend the euro, because the euro is Europe."

Sarkozy also backed Germany's opposition to creating unified European sovereign bonds. The idea of harmonizing some eurozone debt, as suggested by several members of the currency union, has met with strong opposition from Germany and France, whose balance sheets are relatively healthy.

"French and German citizens would not be happy if we were to bundle the debts together," the French president said. He argued that the concept might be worth considering in the future, but only after the bloc's members ramp up their economic and political cooperation.

"We should not put the cart before the horse," Sarkozy told reporters. 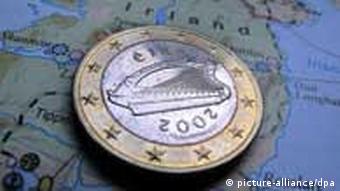 France and Germany are unwilling to unify european debts

Earlier in the week, Merkel and Germany had come under fire over this issue from Luxembourg's prime minister Jean-Claude Juncker, who also heads the eurozone. Juncker said that creating taboo subjects without even considering the ideas of others was "a very un-European way of dealing with European issues."

As the two largest EU members, France and Germany both have a sizeable share of the voting power within the bloc, and need relatively little support from other countries in order to secure a majority.

"Without agreement from France and Germany - the historic motors of European integration and two economies that make up half of the eurozone's gross domestic product - nothing very important is possible," Professor Henrik Uterwedde from the Franco-German Institute in Ludwigsburg told Deutsche Welle.

"So on the one hand, they must reach agreements, and help the union move forward, but at the same time, they don't always do enough to treat the other members as equal partners and involve them in the decision-making processes."

Friday's meeting was in preparation for the EU summit in Brussels on December 16 and 17, at which the bloc's economic difficulties such as unemployment and national debt are bound to top the agenda.

While Sarkozy and Merkel discussed the harmonization of economic policies like labor and taxation laws, saying this would improve the eurozone's coherence as an economic bloc, military leaders just across the border were preparing a more visible symbol of Franco-German cooperation. 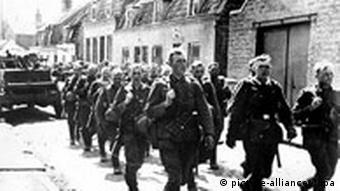 The last German battalions in France had a very different mission

The first German battalion to be stationed on French soil since the Nazi occupation in World War II officially took up their post near the border-city of Strasbourg on Friday. German Defense Minister Karl-Theodor zu Guttenberg and his French counterpart Alain Juppe attended a ceremony to mark the event.

"German soldiers are today welcome in France," Merkel said across the border in Freiburg. "For me, that has great symbolism, after all that Germany was guilty of during the Nazi era."

The battalion, which will eventually consist of 600 soldiers, is part of the joint Franco-German Brigade.

"I was always surprised that the Franco-German Brigade only consisted of French soldiers in Germany," Sarkozy said. "We are two sovereign nations, two countries at peace, two countries that founded Europe."

Sarkozy was referring to the forerunner of the modern-day European Union, the European Coal and Steel Community. This trade-oriented union was established in 1953 as part of post-war efforts to negate the possibility of future conflict between France and Germany by making them economically interdependent. Between 1870 and 1945, the two neighbors fought three devastating wars.

"Above all else, I think putting these German troops in France is a symbolic exercise," Franco-German expert, Professor Henrik Uterwedde said. "But sometimes symbolism is important."

"That famous photo of [former German Chancellor] Helmut Kohl and [then French President] Francois Mitterand standing hand-in-hand at the World War One commemorations in Verdun in 1984 was pure symbolism, too - but it was a hugely significant image." 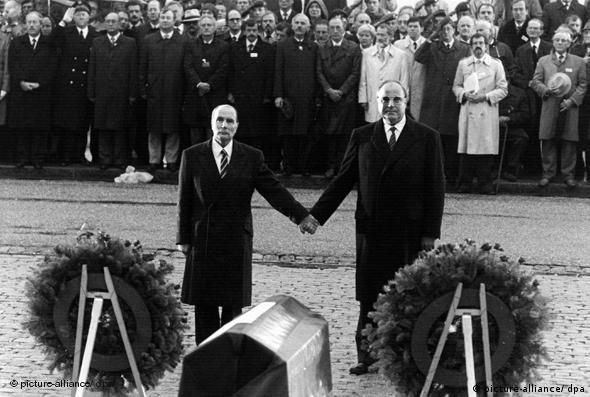 The Alsace region where the German battalion us now stationed spans the Franco-German border, and has changed hands several times over the centuries.

Merkel and Sarkozy achieve only a minor success in Brussels

A pre-summit deal between Merkel and Sarkozy on how to safeguard the euro annoyed many EU states. Deutsche Welle's Brussels correspondent, Christoph Hasselbach, says that's why so little progress was achieved. (29.10.2010)

As European Union leaders lock horns in Brussels over controversial Franco-German plans to reform the Lisbon Treaty, German Chancellor Angela Merkel was standing by her demands to revamp the bloc's financial rules. (28.10.2010)

German, French, and Russian leaders have met to discuss European security cooperation. France and Germany were expected to emphasize that a missile defense plan does not threaten Moscow. (18.10.2010)