German reporter Deniz Yücel, previously imprisoned in Turkey, became the latest target for German right-wing extremists with a new wave of threatening emails. Police in the state of Hesse are facing awkward questions. 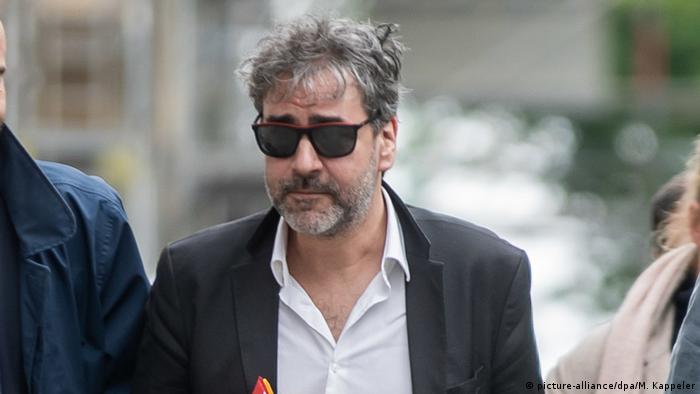 As German investigators struggle to track down authors of far-right threatening emails, the perpetrators sent out new threats to at least 15 recipients during the weekend. In the emails, the author threatens German-Turkish reporter Deniz Yücel, whose incarceration in Turkey had prompted a year-long diplomatic struggle between Ankara and Berlin.

Yücel, now back in Germany, slammed the police for not informing him of the incident.

"I find it disturbing that I only heard of these threatening messages through the research of my colleagues in Die Welt," Yücel said, referring to the daily newspaper where he works.

The letters were signed "NSU 2.0," a reference to the far-right terrorists of National Socialist Underground, which conducted a string of murders between 2000 and 2007. The recipients of the threats included the interior minister for the German state of Hesse, Peter Beuth, as well as senior Left party lawmaker from Wiesbaden, Janine Wissler, and Berlin-based satirist Idil Baydar. Wissler and Baydar have received such emails in the past as well.

The German authorities first learned of the emails fitting this pattern in 2018. Since then, hundreds of messages involving threats of violence, death and bogus bomb threats have been emailed to politicians, celebrities, and Jewish organizations. Notably, investigators concluded that at least three incidents have involved accessing data stored on police computers, raising uncomfortable questions for law enforcement.

The emails also continued after the police detained a suspect in April last year.

Earlier this month, Hesse Interior Minister Beuth said he could not rule out the possibility of a right-wing network in the state police force.

"I expect the Hesse to make every possible effort to dispel this suspicion," Beuth said. The minister also appointed a special investigator to coordinate the probe.

On Tuesday, Hesse state police chief Udo Münch stepped down amid reports of a data breach and threats directed at satirist Idil Baydar.