German business leaders have largely welcomed the political breakthrough on immigration, but warn the government has to move quickly to translate words into action as Germany faces a dramatic shortage of skilled labor. 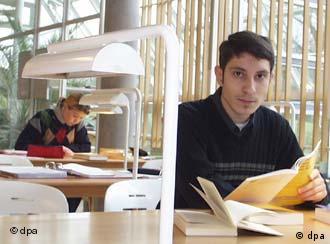 Foreign students will be able to stay and work in Germany

A collective sigh of relief went around German business circles and industry groups this week after Chancellor Schröder reached a deal with the conservative opposition on a much-needed immigration law for the country after years of cross-party bickering.

The new law will make it easier for German companies to hire managers and highly-qualified technical personnel from abroad as well as allow foreign students to stay in the country for a year and seek work after successfully completing their study program.

German industry leaders have for years been urging political leaders to ease restrictions for foreign workers and implement immigration policies attuned to the present and future needs of the German labor market. They argue there isn't enough skilled labor in the country to fill vacancies. 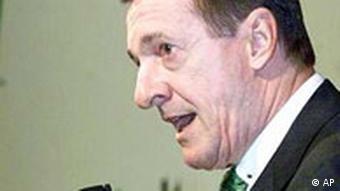 Michael Rogowski, president of the German Federation of Industries

This week, the president of the Federation of German Industries, Michael Rogowski, (photo) conceded that the problem of lack of skilled labor had eased partially in light of Germany's weak economic growth, but warned "this will change when the economy springs back to life again and in the long-term the demographic development begins to affect the labor market."

Klaus Zimmermann, head of the German Institute for Economic Research (DIW) echoed the sentiment. "We need more immigration because we already have a dearth of skilled workers -- it's a problem that's going to become massively acute in the next 10 to 15 years," he said.

It's a scenario that's all to familiar to researchers at the Cologne Institute for Business Research (IW), who reckon that at present about 20,000 jobs nation-wide requiring high skills aren't filled because of a shortage of qualified workers. 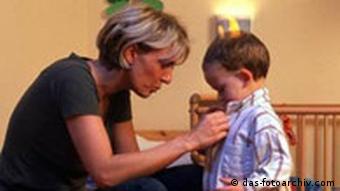 Researchers warn that Germany's birth rate is declining at an alarming rate.

Schäfer said their research showed that the need for qualified workers in Germany will intensify hugely starting 2012 or 2015 because that's when the country's baby boomer generation will retire and birth rates will stagnate.

The Cologne researchers make it clear that the shortage of skilled labor in Germany will take on alarming proportions by 2050: the experts believe that by that time the number of potential workers -- that includes working people, the jobless as well those not working -- will fall to 30 million from the current 42 million.

"There will be a drastic need for skilled labor because in the future fewer shoulders will have to bear more burdens," according to the IW study.

At the same time the number of highly qualified employees -- those with a university degree or a professional qualification -- will sink by two million to 8.9 million by 2050. The researchers also claim that by 2050, Germany's population will fall to about 70 million - 12 million less than the current figure.

The IW researchers believe that a shrinking population and work force will have catastrophic consequences for the country.

Global race for the best brains

Experts point towards Chancellor Schröder's Green card initiative in the IT industry to plug a major need for skilled technical workers as an example of how monitored immigration can help fulfill demand. 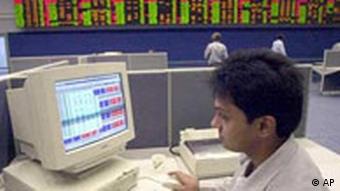 More than a fourth of all Green Card IT experts in Germany come from India.

Since August 2000, the German government has issued around 16,400 Green cards to foreigners with degrees in information and communication technology.

But there's little doubt that even that regulation is plagued with problems. The government's target of attracting around 20,000 IT foreign workers has failed partly because of the sluggish growth in the IT sector, but also on account of bureaucratic hurdles.

Business leaders are hoping that the implementation of a new immigration law this year will also give a boost to the flagging Green Card effort. "Germany must finally aggressively participate in the global competition for the best brains," Rogowski said.

After years of acrimonious talks and two failed attempts to push through a controversial immigration law, Chancellor Gerhard Schröder managed to secure a deal with the opposition conservatives. (May 26, 2004)

Not All That's "Green" Glitters

Three years ago, Indonesian-born Harianto Wijaya was the first to come to Germany with a special green card for highly-skilled computer experts. Now -- disappointed -- he's leaving. Deutsche Welle spoke with him. (April 7, 2004)

The Immigration Compromise in Brief

Both the ruling coalition and the opposition entered Tuesday's talks with their own papers in hand. Here, a list of the main points they agreed on. (May 26, 2004)