German election: Are Olaf Scholz and Annalena Baerbock competitors or partners? | Germany | News and in-depth reporting from Berlin and beyond | DW | 06.09.2021 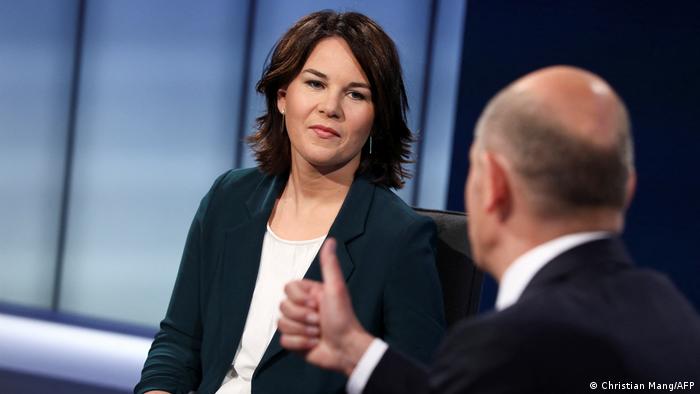 A Sunday campaign event near the city of Potsdam, which has largely been reconstructed to its picturesque, prewar appearance. Potsdam is the capital of Brandenburg, the state that wraps itself around the entirety of Berlin. Once a place of residence for Prussian kings and the German kaiser, it could soon find itself the residence of Germany's next chancellor.

Two of Germany's three chancellor candidates — Olaf Scholz of the center-left Social Democrats (SPD) and the Green Party's Annalena Baerbock — live here and are running for this constituency.

With less than three weeks to go until voters head to the polls, the local campaign trail is rife with talk of possible coalitions at the federal level. The complexities of Germany's electoral system mean at least two parties will have to join forces to form a majority government. 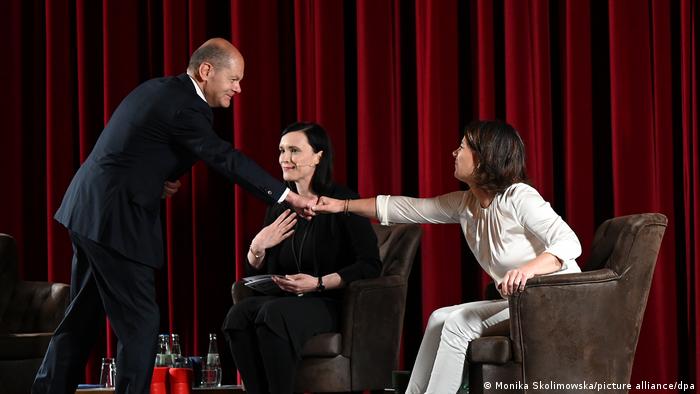 Scholz and Baerbock may be competing for the same constituency seat, but they are stressing their similarities, too

Onstage at a cinema, Scholz and Baerbock stressed what they both agree on: key issues including a minimum wage of €12 ($14), basic child benefits and a lowering of the voting age from 18 to 16. "We're a good fit," Scholz said.

Campaigning in the same constituency has meant that Scholz and Baerbock's paths have crossed more often than most rival chancellor candidates, presenting more opportunities for voters to see the pair in action simultaneously.

At events, the two candidates use each other's first names and address each other informally with "du" instead of "Sie" — not always a given among German politicians.

Baerbock, however, said that while it's "no secret that we Greens have the biggest overlap with the SPD, especially in the area of social policy," there are still differences in climate protection policy.

Recent opinion polls indicate that nationally, no two-party coalition would have a majority. The SPD currently has the most support in surveys, with 25%.

But in Potsdam, at least, there seemed to be widespread support among voters for an SPD-Green federal government. 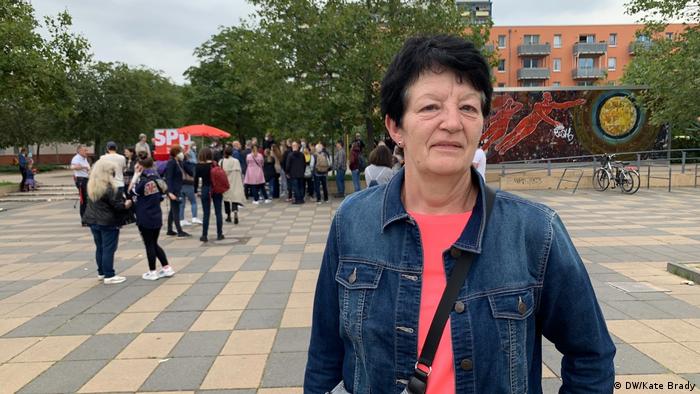 At an SPD question-and-answer campaign event in the middle of a Potsdam housing estate, one woman, Ms. Franz, said that while she could envisage a red-green [SPD-Green] coalition governing Germany, she'd like to see Scholz in the chancellery.

"He's approachable, he addresses the issues that affect Brandenburg, but he's also competent and has the experience to be chancellor," the 63-year-old said. "Climate protection is also important to me, but you can't change everything in one go."

At a Greens' rally, local voter Tina von Tettau said she switched her allegiance from SPD to Greens several years ago.

"I vote Greens because of their climate protection policy," she said. "But I can imagine a Green-SPD coalition — maybe with a third coalition partner to make up the numbers."

That third seat could potentially be filled by longtime kingmakers, the pro-free market Free Democrats (FDP).

At an event involving six of Potsdam's 15 direct candidates at the end of August, Scholz was asked which of his fellow Potsdam candidates he would take on a houseboat on the Havel River, which runs through Potsdam.

He picked two: Baerbock and the FDP's Potsdam candidate Linda Teuteberg — which was quickly interpreted as a hint at the appeal of a three-party 'traffic light' coalition, so called because the FDP would add its yellow party color to the red and green of the other two parties. 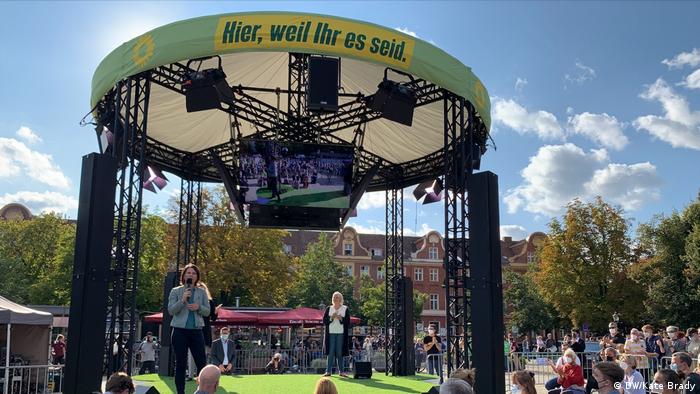 Not on home turf

Neither Scholz nor Baerbock is originally from Potsdam — something which Saskia Ludwig, the conservative CDU's direct candidate for the constituency, has been keen to point out by running with the slogan #einevonhier ("someone from here").

Baerbock and her family have called Potsdam their home for eight years, while former Hamburg Mayor Scholz moved to the area in 2017 after his wife became Brandenburg education minister and Scholz himself was appointed German finance minister just months later.

Voters in the area seem less bothered, however, that neither of the high-profile candidates are Potsdamers born and bred.

"It's funny that there are two chancellor candidates running in our constituency," said 29-year-old Yves Hänsler. "It's like Potsdam is suddenly this prestigious constituency."

"But the most important thing for me is to know that if Scholz, for example, becomes chancellor, he's also available for his constituents," he said. "I'd like him to promise fixed meetings with local voters here."

Potsdam has traditionally been an SPD stronghold. The party has held the Potsdam seat for 27 of the 31 years since reunification in 1990. This was also the only constituency in Germany's eastern states where the SPD managed to secure the direct mandate in the 2017 federal election.

Baerbock, however, is hoping it will be third time lucky for her. She has already competed twice here, in 2013 and 2017, where she garnered just 7.2% and 8% of the votes, respectively.

"We have a chance, for the first time as Greens, to win a constituency in an eastern German state," Baerbock recently said. "Making the improbable possible — that's what this election campaign is all about, both in the federal government and in the constituency."