German election: 85,000 adults with disabilities can vote for the first time

Germany’s top court decided in 2019 that adults who have legal guardians should no longer be barred from taking part in elections. Now many of them will do so for the first time. 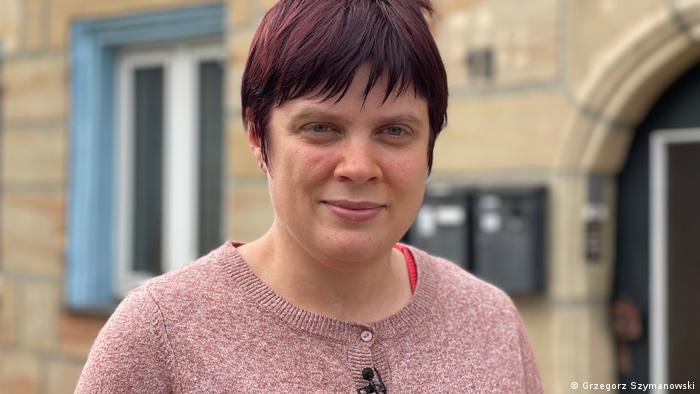 Hannah Kauschke is excited about casting her vote — for the first time in her life, at the age of 30.

"I'm really looking forward to it," said Kauschke, adding "they really could have given people with disabilities in Germany more rights sooner. We have our own opinions."

For her, one of the most important topics that Germany needs to tackle is protecting the environment, especially after catastrophic floods struck the west of the country in July. Her biggest wish for the new government, she said, was "that they listen to us [with disabilities] and take us seriously."

Kauschke works stocking shelves and sorting products at an organic supermarket in Nuremberg. Her legal guardian is her mother, who checks in on her twice a week. In Germany, legal guardians may be required to be on hand from once a week to round the clock, and usually provide assistance for bureaucratic needs and household or financial organization. 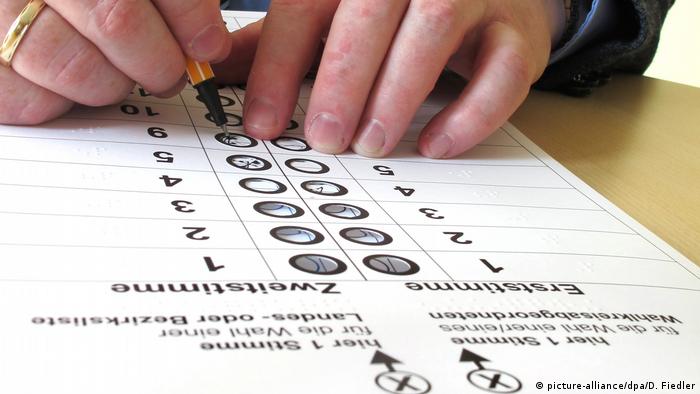 There are special ballots for blind people in Germany

'Without inclusion, there is no democracy'

It took a concentrated effort on the part of activists and NGOs over the course of decades to get here.

"Politicians could have changed the law at any time," said Peer Brocke, spokesman for the organization Lebenshilfe, Germany's largest NGO advocating for people with disabilities. "It took filing a lawsuit to get where we are today."

Brocke explained that smaller parties, such as the environmentalist Greens and the communist Left Party, as well the center-left Social Democrats (SPD), had voiced their support for enfranchising all German adults. "But many in the CDU stopped it from happening. The SPD said they would put a measure forward before the election in 2013, but after they entered into a coalition with the CDU, they dropped it."

The CDU is Chancellor Angela Merkel's center-right Christian Democrats, and the reason for their resistance, Brocke said, was that "they assumed that adults with guardians couldn't form their own opinions. Or, they claimed, their postal vote could be manipulated." Which, Brocke says, would also apply to very old voters who use mail-in voting.

Jürgen Dusel, who advises the German government on disability policy, echoed Brocke's statements. He sees a culture of ableism also in the media and everyday society. "We heard the same arguments over and over, that some people with disabilities could not form their own opinions, or understand what was at stake...arguments no dissimilar to those used by opponent of granting women the right to vote 100 years ago." "People with disabilities are not a homogenous group," Dusel added, "and to bar some from voting is not only unfair, its unconstitutional. Without inclusion, there is no democracy."

Together with the Catholic charity Caritas, Lebenshilfe paid the legal fees of eight Germans with disabilities who sued the federal government for their right to vote. It then took Germany's top court six years to hear the case. But  2019 the eight plaintiffs finally won. Many celebrated by voting for the first time in European elections that came shortly after.

The new law affects tens of thousands of Germans — mostly with a range of learning disabilities, some also with physical impairments — such that they require a legal guardian, who had been barred from voting on a case-by-case basis.

"All you need is the will to vote and you deserve to do so, " said Brocke, observing that no one tests the political knowledge of other adult voters, or challenges people who cast their vote solely based on whether they like the look of someone.

A study from the University of Hamburg found that 6.2 million adults in Germany could not read or write properly — yet there have never been widespread calls to disenfranchise this group, the activists point out.

Brocke explained that a letter arrives six weeks before the election, letting every voter know that a vote is coming up and how to fill out their ballot, either at a polling place or via post. This explanation is available in simpler language for those who need it. Some may require additional assistance filling out their postal vote — but Brocke did not believe that left the system open to widespread manipulation, which would be a criminal offense: "Who would risk up to four years in jail for a single vote?" he asked.

MADE - Disabilities and Work

Even today, the country lags far behind many of its allies. In the US, the UK, and France, for example, people under guardianship have long had the right to vote.

Moreover, it is violating its responsibilities as a signatory to a 2009 UN convention on the rights of those with disabilities

Germany still maintains an educational system that segregates many children with disabilities — something that was phased out in the US and UK decades ago. There is a documented history of prejudice against inclusion in German schools, and little political will to make inclusion a reality.

Kauschke said she found it "very unjust" that she was not allowed to vote in Germany's federal elections before now.

Luisa von Richthofen and Grzegorz Szymanowski contributed to this report.