Calls for voting rights for 85,000 disabled people in Germany

Thousands of Germans cannot vote because of a disability that requires them to have a legal guardian. On the International Day of Disabled People, Germany's disability commissioner says the law has to change. 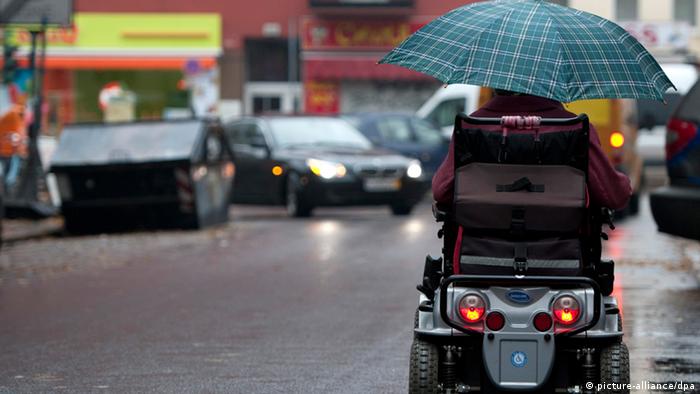 Germany's commissioner for people with disabilities has called for voting rights to be extended to the tens of thousands of citizens who are currently excluded from federal and European elections.

"In Germany there are approximately 85,000 people who are unable to vote — 81,000 of whom receive complete care in all their affairs," Commissioner Jürgen Dusel told the Rheinische Post newspaper on Monday, the United Nations International Day of Persons with Disabilities.

Under Section 13 of Germany's electoral law, mentally disabled people who have a legal caregiver supervising every aspect of their lives are barred from casting ballots in federal or European elections. It is a blanket ban that does not make exceptions for individual cases.

Dusel said many Germans currently prevented from voting are legally competent, adding that some are engaged in workshops for disabled people.

The commissioner also said that in seven of Germany's 16 states, these same people are allowed to take part in regional and municipal elections. Those rights should be extended to federal and European elections as well, he said.

"We must reform voting rights before the European elections (in May) next year," Dusel said.

Disability campaigners have been fighting for years to get the law changed. A major amendment to extend voting rights was in the works shortly before last year's federal elections in September, but it ultimately fell through when the ruling coalition failed to agree on a draft.

The coalition agreement reached by the Social Democrats and Chancellor Angela Merkel's conservative CDU/CSU bloc at the beginning of this year included the aim to end the restrictions and implement "voting rights for all."

Germany's law enabling female suffrage came into effect on November 30, 1918. A look at the activists who contributed to this achievement and why there's still much to be done in the country to claim equal rights. (30.11.2018)