German dog 'Chico' put down after mauling owner to death

A Staffordshire Terrier named "Chico" has been euthanized by Hanover authorities after killing its owner and her son. A petition calling for authorities to stay the execution had received nearly 290,000 signatures. 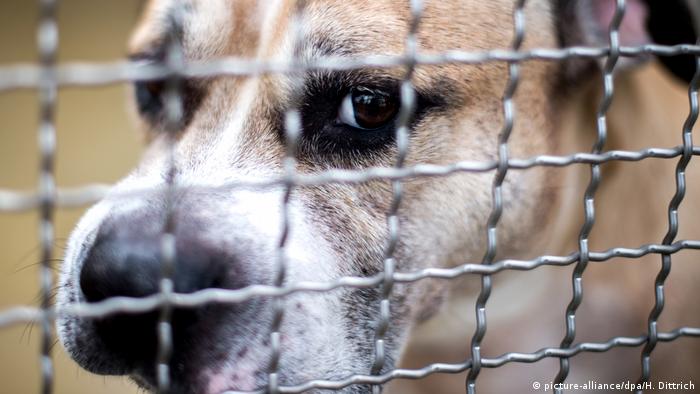 Hanover city authorities on Monday announced that a Staffordshire Terrier mixed-breed canine had been euthanized after autopsy results showed it had mauled its owner and her son to death earlier this month.

Hanover city spokesman Udo Möller said euthanizing the dog was the only way forward due to its "aggressiveness." He noted that the canine had to be isolated in custody due to a "lack of socialization."

Earlier this month, a 52-year-old woman and her 27-year-old son were found dead after their Staffordshire Terrier named "Chico" mauled them. The woman's daughter alerted police after seeing her brother's lifeless body through a window.

Firefighters responding to the incident captured the dog upon breaking into the flat. Chico was placed in custody pending an investigation.

Autopsy results released on Friday showed that Chico was responsible for their deaths, prompting authorities to propose the canine be euthanized.

But for many, putting Chico down wasn't an option. A petition on Change.org urging authorities to forgo euthanasia gathered nearly 290,000 signatures, with activists calling for Chico to be handed over to a team of independent veterinarians.

Read more: 5 activities you probably wouldn't have expected to be dog-friendly

Chico's case wasn't the only dog mauling incident to shock the German public this month. Last week, a mixed-breed canine believed to be part Staffordshire Terrier was taken into custody after in connection to the death of a 7-month-old baby.

The deaths have fueled a public debate in Germany on whether dog owners, especially those in possession of potentially-dangerous canines, should carry licenses.

Some states have started moving in this direction. Lower Saxony, where Hanover is based, introduced its test for prospective dog owners in 2013. Nominally at least, any dog owners who acquired their pet after July 2011 are supposed to complete the course, whatever the canine's breed.

Long live the pug: cuddly canine gets its own exhibition

It's no hunting or watch dog; but the wrinkle-faced pug is a charming and adorable companion — and currently a very popular breed. So much so that a Düsseldorf museum has dedicated an exhibit to the irresistible pooch. (23.02.2018)

Dogs can sniff out drugs, cash and explosives. Now media and researchers are celebrating a new canine skill: their ability to detect tumors. But we shouldn't get too excited about it yet. (21.06.2017)