Don′t wait for sniffer dogs to screen you for cancer | Science | In-depth reporting on science and technology | DW | 21.06.2017

Dogs can sniff out drugs, cash and explosives. Now media and researchers are celebrating a new canine skill: their ability to detect tumors. But we shouldn't get too excited about it yet. 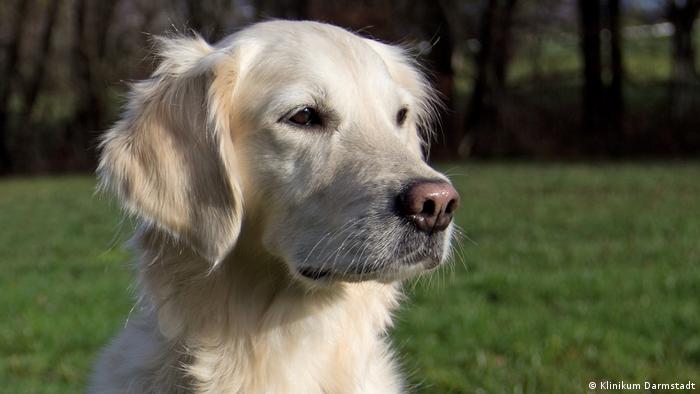 It seems like a miracle - and it's happening all around us.

In 2016, for example, actress Shannon Doherty claimed her dog detected her breast cancer before the doctor did.

More and more people claim their dogs acted strangely, nudging an area of their owners' bodies, before those people were later diagnosed with cancer.

And some studies with a few dogs and a few dozen volunteers indeed seem to confirm that dogs can sniff out breast cancer, lung cancer, prostate cancer - you name it.

In 2006, US researchers reported the overall success of a dog's lung cancer screening to be 99 percent.

Others, however, doubt the method is reliable enough to put a patient's life on it.

Looking for the culprit

Back in 1989, researchers had already suggested a dog's nose could cancer cells.

The animals appear to register very low concentrations of volatile organic compounds generated by malignant tumors that end up in human breath, urine or on the skin.

"We just don't know what exactly it is that the dog reacts to," says Peter Boeker, a gas detection expert at the University of Bonn.

The animals clearly do detect something - but what is it? 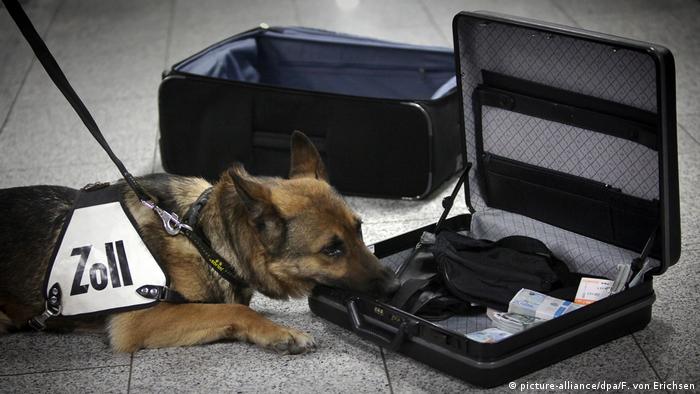 Dogs can sniff out all kinds of things - like cash. Why not cancer cells?

Even now, 30 years after its discovery, researchers have only a very rough idea about which scents might trigger the dogs to behave the way they do.

Researchers do have several suspects - molecules like nitrosothiol or phosphorus-containing compounds that have been associated with tumor growth.

Possibly, though, it is a mixture of multiple substances that spread the cancer-specific scent that only dogs are able to pick up.

Still, people are thrilled with the promising possibilities.

Wouldn't it be great if something as loveable as a dog could soon take over cancer screening in hospitals, sniffing out samples?

Even public health services seem to be attracted by this scenario.

Its first study showed the dogs could detect tumors in 93 percent of cases.

KDog, a project by Isabelle Fromantin at the Paris Curie Institute, trains dogs to detect breast cancer in cloth that women have worn around their chest for one night.

The researchers had trained the two dogs for six months with dressing material from 31 breast cancer patients.

They showed that their two German shepherds could smell the difference between cloth worn by cancer patients and by non-cancer patients.

They even claim that after two smelling tests, the dog's hit rate was 100 percent.

Cancer detection dogs would avoid that. They could also be a cheap alternative for low-income countries, as no expensive equipment is needed.

Studies conducted via rigid scientific protocol, however, failed to got researchers as fired up.

Of 122 smokers and ex-smokers, the idea was to get the dogs to sniff out the 29 patients who actually did have lung cancer.

According to the researchers, the dogs showed "a rather poor performance," recognizing only 84 percent of the lung-cancer patients and "diagnosing" 31 percent of the healthy volunteers with lung cancer instead.

"The results differed from those of previous studies, indicating that canine scent detection might not be as powerful as is looked for in real screening situations," the researchers wrote. 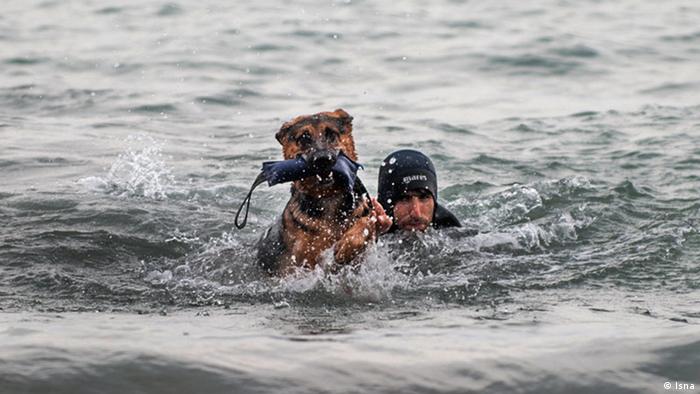 Dogs help humans in various situations - but they are no machines

They also suggested that the study design might have confused the dogs.

Whereas in earlier studies the dogs had been presented with samples where at least one in five was "positive," here they were offered a random number of positive samples.

Which shows: Dogs are no machines. They are heavily influenced by the situation or even the choice of days. And you might not want to risk somebody's life on that.

At University Hospital Darmstadt in Germany, researchers don't want to rely on dogs for cancer screening either - for another reason.

"Training dogs is extremely time-consuming," Doctor Carl Schimanski tells DW. He adds that it would be almost impossible to train the necessary number of dogs for cancer screening programs in hospitals worldwide.

Instead, the researchers plan to construct a chip that will detect molecules typical in cancer cells.

"Our aim is to develop an A4-sized box which will be available in medical practices," Schimanski says. 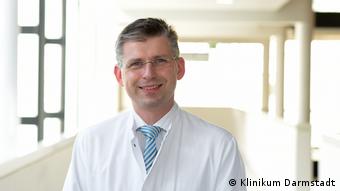 A patient could blow into this box and the chip inside would raise the alarm if it detects suspicious molecules.

But Schimanski and his team face the same problem as their peers: Which substances are suspicious? Which molecules are the ones that are characteristic for cancer patients?

In an upcoming study with 600 volunteers, including 140 lung- or bowel-cancer patients, Schimanski and their team will analyze breath, urine and stool samples in two ways: with modern analytics on the one hand, and with trained sniffer dogs on the other.

"We will compare [the substances] we detect via our technology with whatever the dogs tell us," Schimanski says.

They hope to find the substances the dogs are reacting to.

The next step would be to synthesize those culprit molecules in the lab and present them to the dogs.

Only if the animals react to those artificial substances as well can the researchers be sure to be on the right track.

But it might still take a few years before you could even hope to find such a cancer-sniffing box at your GP's practice.

And if they succeed, it means there will be no adorable puppies at the hospitals when you go for your cancer screening.

Instead, there would just be a machine that has learned to sniff like a dog.

Is your dog ever witness to things you wouldn't want anyone to know about? Dog owners would do well to think about this - because man's best friend is paying more attention than we think. (24.11.2016)

Sniffing out lizards for conservation

Often overlooked and unappreciated, shrub plays an important role for the survival of lizards in arid regions. Scientists have now made this discovery with the help of an unlikely partner: dogs. (01.02.2017)

'Awww, you're such a cutie' - why we use baby language on dogs

Humans have a very special way of talking to babies - and they also use it on dogs. According to a new study, puppies are subjected to especially high-pitched babble - and they like it. (11.01.2017)

Sniffing the scent of money