Ruth Pfau, a German doctor renowned in Pakistan for treating leprosy and tuberculosis patients over half a century has died aged 87. Pfau's Karachi-based center now has 157 outposts across Pakistan. 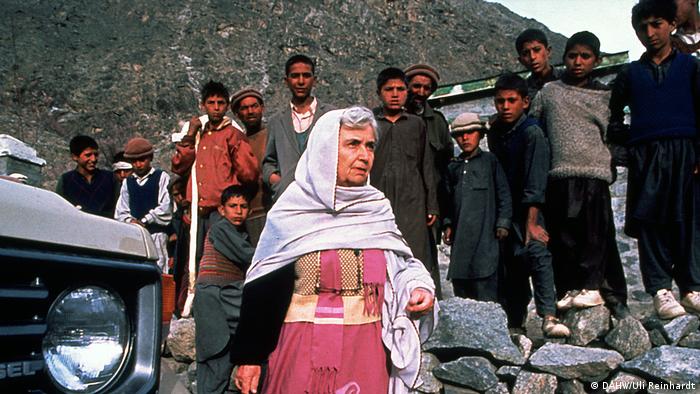 Pakistani President Mamnoon Hussein described Doctor Pfau's death as a great loss for the nation in which her clinics strive to save leprosy patients from disfigurement, blindness and social exclusion.

Pfau was known in Pakistan as the "mother of leprosy patients" and was compared by Radio Vatican in 2014 to Mother Teresa, another late Roman Catholic nun revered in India.

Initial reports said Pfau wished to be buried in Karachi, the capital of the Pakistani province of Sindh.

Leipzig-born Pfau had studied gynaecology in Bonn before she arrived in Karachi in 1960 en route to India as a new member of the Hearts of Maria Order. 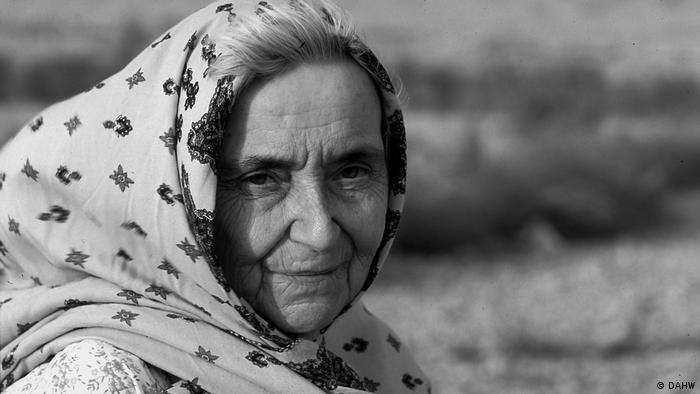 Delayed by a visa problem in Karachi, she decided to stay after encountering slum dwellers who suffered from the nerve and skin infection leprosy.

Crawling on his hands and knees

Pfau's deciding moment, she recounted decades later, came while visiting a leprosy ghetto behind a Karachi railway station and watching a crippled man crawling on his hands and knees through dirt.

In 1979, Pakistan's then government appointed Pfau as national adviser on leprosy and tuberculosis-control programs at the rank of state secretary.

She headed the Karachi-based Maria Adelaide Leprosy Centre (MALC) and from 1980 began extending her group's work to neighboring Afghanistan. Daily management past to a Pakistani colleague in 2012.

The MALC, with its 157 outposts across Pakistan, often in remote areas, claims to have healed more than 50,000 leprosy sufferers. In 1996, rates of new infection across Pakistan reportedly reached a historic low. 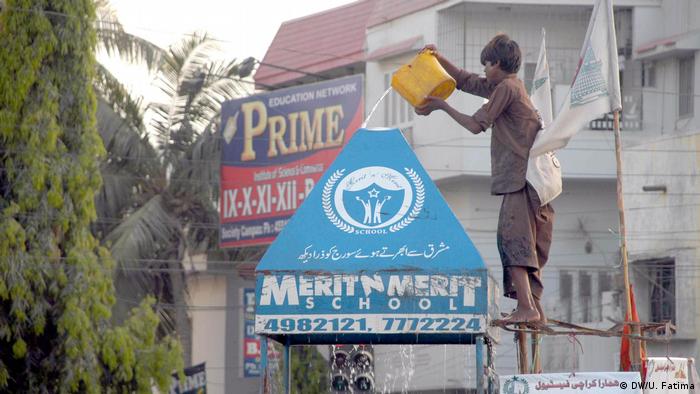 Pfau received numerous awards, including an Albert-Schweitzer medal in 2004, Pakistani and German state awards, and a German television BAMBI prize for "quiet heroes" in 2012 for her treatment of leprosy.

Her MALC had also been involved in recovery work after the Pakistani floods in 2011.

Her team's work was interlinked with German and Austrian charities, including the German Leprosy and Tuberculosis relief agency (DAHW) based in Wurzburg.

Interviewed by Germany's Der Spiegel magazine in 2015, Pfau was asked if she ever feared that one day she would become indifferent to suffering: "I don't think so. At some stage it becomes clear to yourself: Life is just so. One should not succumb to the temptation not to look," Pfau said.

Asked why she did not stay in Germany, Pfau replied that she left in 1960 as Germany's post-war "economic miracle" was starting but noticed that some of its citizens were still not landing on the "sunny side of life."

"That got on my nerves," Pfau said. "I'd experienced the war in Leipzig as a young girl, the bombs, the complete misery. I wanted the best for everyone. But that is exactly what did not happen."

Pfau added that her work as a leprosy doctor mitigated her sense of guilt about unfairness in the world. "I was never meant to just sit and watch, she said."That is the worst."

"I have had the great luck to be able to apply my capabilities, to do something," she said, adding: "In all that I did, I was never alone," and she added ".. through our efforts many people have been helped."

According to the World Health Organization, 212,000 more people were affected by leprosy in 2015, with most of the cases in India, Brazil and Indonesia.

WHO urges billions in fight against Neglected Tropical Diseases

The WHO is urging billions of dollars in investments to combat neglected tropical diseases such as dengue fever, leprosy and sleeping sickness. Some 1.5 billion people are estimated to be affected by NTDs. (19.02.2015)